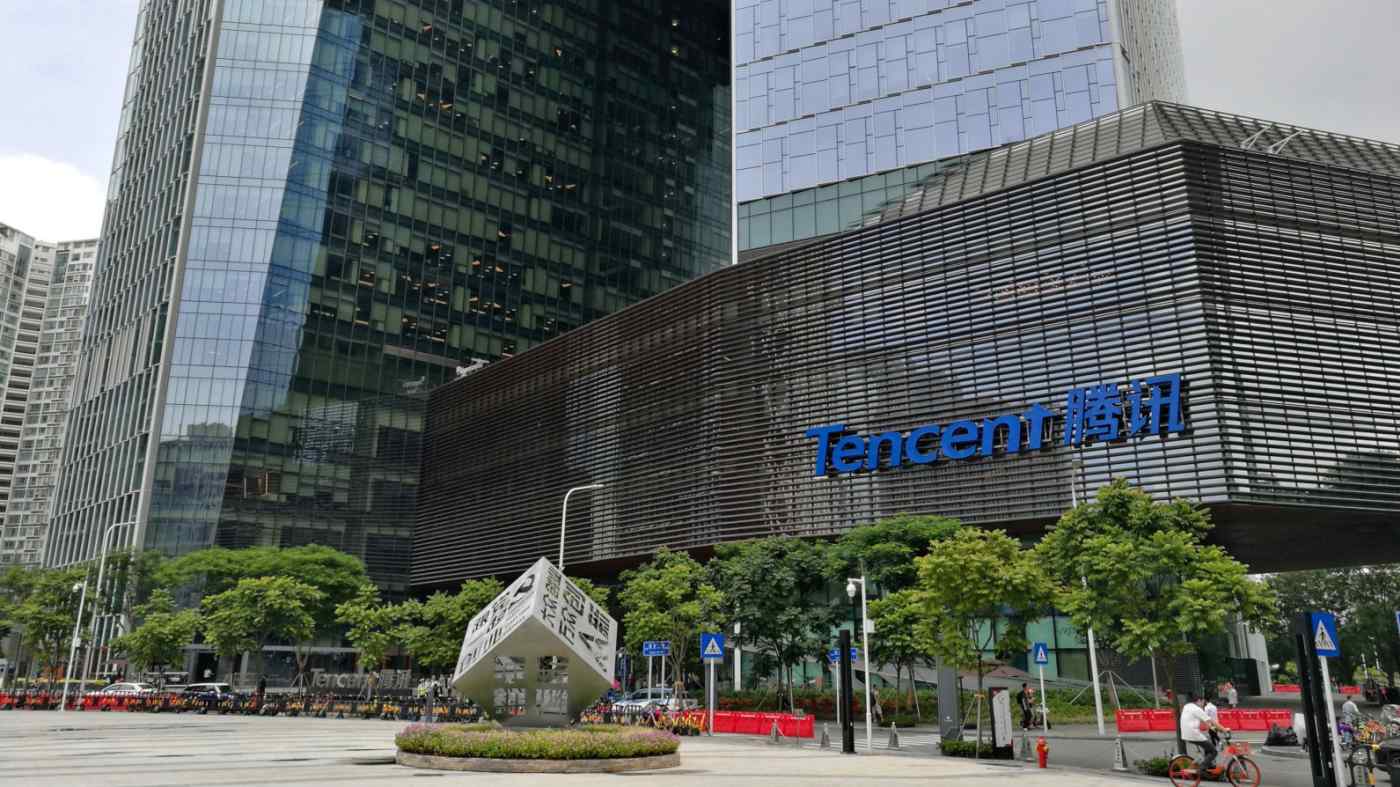 Tencent is one of five Chinese tech companies that provide a combined 49% of startup funding in the country. (Photo by Yu Nakamura)
MITSURU OBE, Nikkei staff writerOctober 1, 2018 15:25 JST | China
CopyCopied

TOKYO -- Concerns are growing about funding for Chinese startups as Tencent Holdings -- by far the biggest source of capital for these companies -- moves to tackle falling profits with a shift from maturing consumer markets to servicing businesses.

The operator of the WeChat social media network announced this weekend its first restructuring in six years, consolidating content businesses and creating a new division to provide services for corporate clients in areas such as cloud computing. The move comes after the group announced in August its first year-on-year quarterly profit drop in more than a decade. Tencent shares plummeted following a government crackdown on video games, the group's main revenue generator.