Thai wealthtech Jitta to expand to Singapore and India 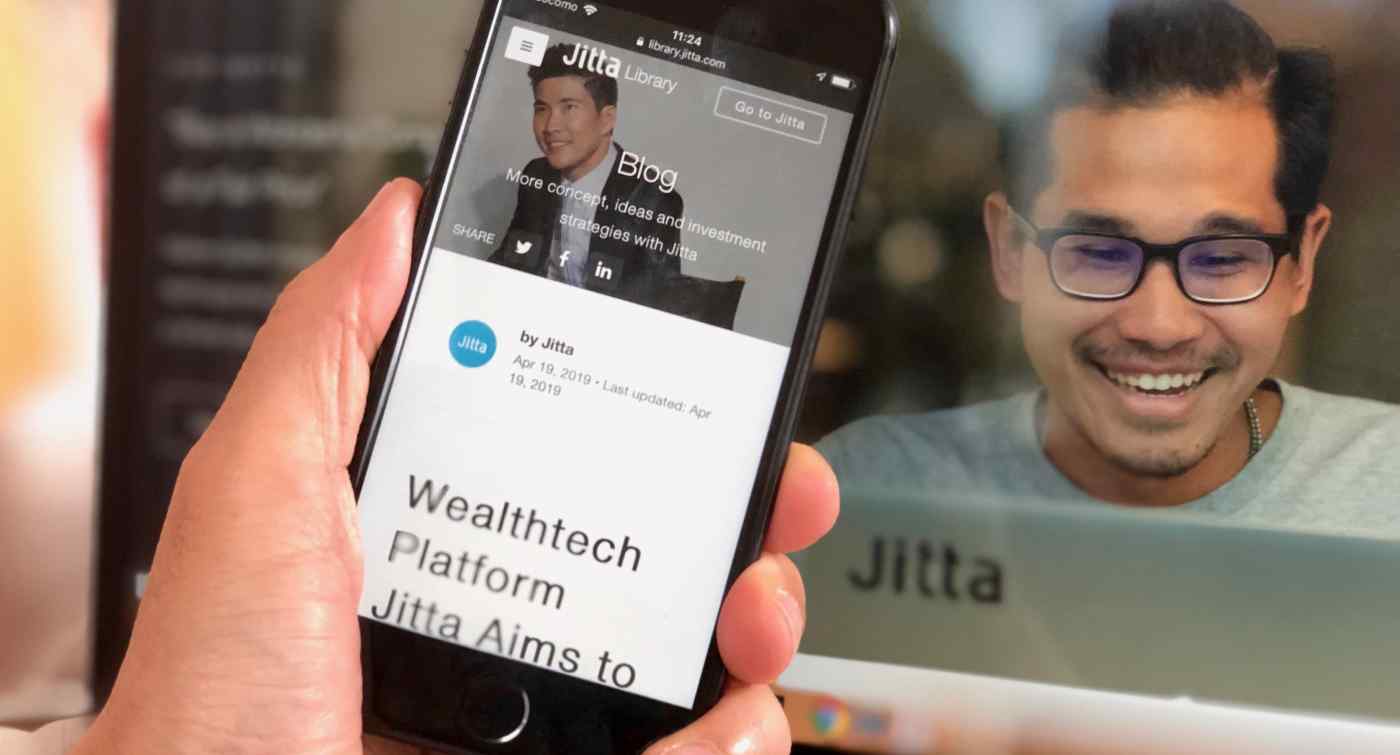 BANGKOK -- Thai wealth technology startup Jitta will expand its services to Singapore and India with the $6.5 million it raised from a venture capital arm of Kasikornbank in the first half of 2019.

Founded in 2014, Jitta offers two main services. Jitta.com is an asset analysis platform that analyzes public information, such as earnings, and ranks stocks on their valuation. The free service covers stock markets in the U.S., Thailand, Japan and other parts of Asia.

Now Jitta is launching a fund that uses its analysis service to help investors manage their investments. Customers will be charged a 0.5% management fee, and Jitta will take 10% of their yearly profits.

Although the startup is registered as an asset management company, it has yet to receive full regulatory approval from the Securities and Exchange Commission. The company, which had expected the approval to be given by the end of June, now expects to receive the go-ahead in the coming quarters.

Jitta envisages that managing the fund will become its main source of revenue.

Jitta CEO and co-founder Trawut Luangsomboon said that the company's services could help to generate wealth, especially in aging societies where the elderly are increasingly expected to provide for themselves in retirement.

"We develop technology to help people access highest-quality investment information so they can achieve better returns efficiently and effortlessly," said Trawut. He said that a number of asset management companies already use Jitta's stock analysis tool, from which the company generates income.

Beacon Venture Capital, a unit of Thailand's fourth largest bank, Kasikornbank, led the $6.5 million funding. It was the largest pre-Series A funding round involving a Thai startup in the first half of 2019, according to Beacon.

"Jitta is one of the very few Thai startups with a highly scalable product, meaning it can launch and solve the same problem in a very quick and efficient manner," Beacon Managing Director Thanapong Na Ranong said. "We believe that this local startup star has all the potential to bring about an investment phenomenon that hugely benefits society as well as putting Thailand's startup community on the world's center stage."

Thailand has yet to produce a startup as successful as Singapore's Grab or Indonesia's Go-Jek. Beacon invested in Grab in November last year.

Jitta's Trawut said the company will be hiring more engineers to develop and incorporate artificial intelligence, or AI, into its technology with the money raised. It would also enlarge its market coverage to provide analysis of 95% of the world's stocks in 16 territories.

Jitta's next challenge is to find the right partners abroad. Trawut said the company is seeking to team up with local partners in part to help ease the process of acquiring regulatory licenses in new markets.

Trawut said the company plans to go public eventually but not anytime soon. "[Listing our stocks] is not going to happen in next two to three years," he said.