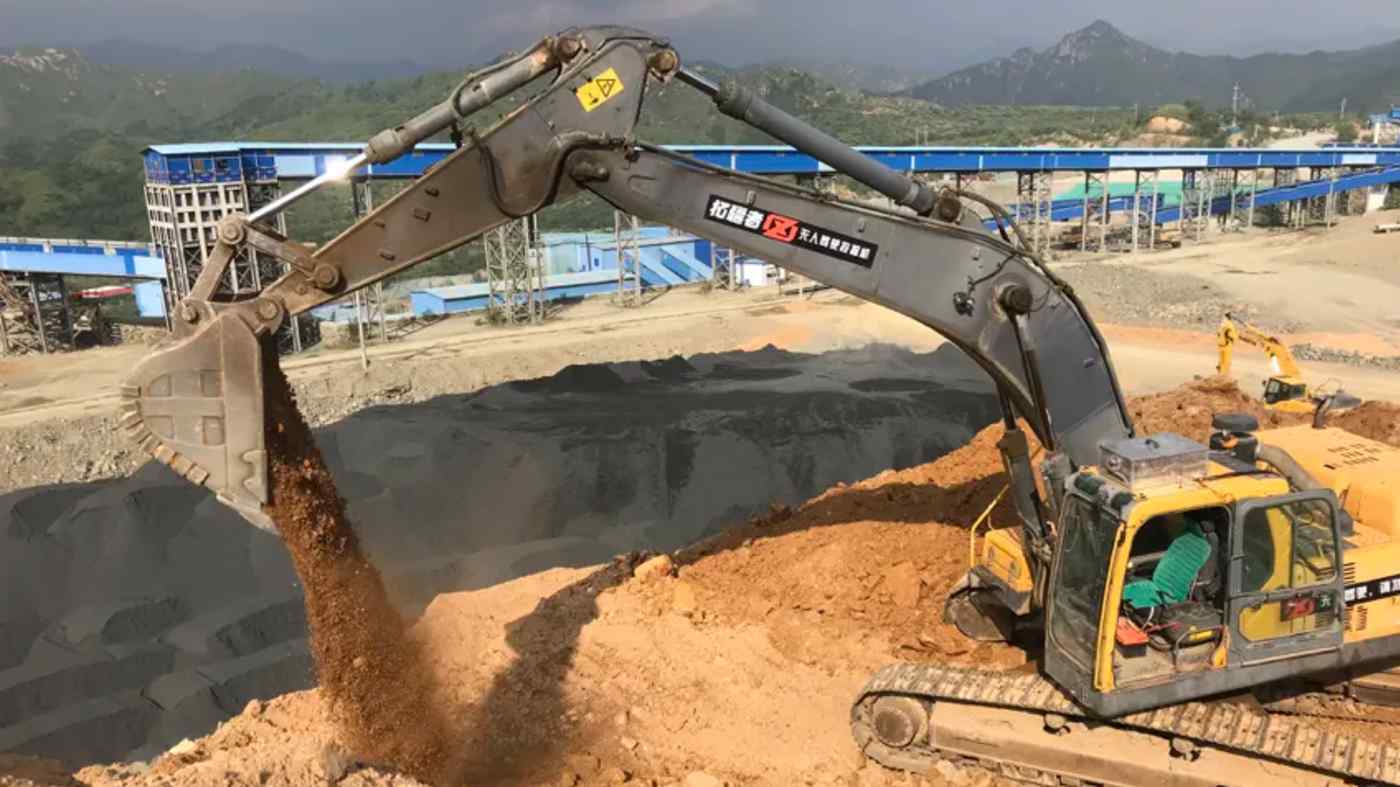 BEIJING -- Turning automation to practical and profitable use is a tricky task that can test investors' patience. But, far from urban areas, mines are starting to take up the technology.

Founded in August 2018, China's Builder X main business is in providing remote-controlled construction machinery that can be used in mines, wind power plants, roads and commercial properties, with the aim of improving safety and efficiency as well as reducing labor costs.

Few young urban dwellers want to work in noisy, dangerous or dusty environments, says Shaolong Sui, founder and CEO of Builder X. They would rather work as delivery service drivers in urban areas than operating excavators in a mine.

Machine operators who work in mines are mostly in their 40s and 50s and have reached their physical limits, or are about to retire, Sui adds.

High employee wage costs is another issue for the industry. Two years ago, Builder X offered a monthly wage of 10,000 yuan ($1,450) to its machinery operators, increasing this to 12,000-15,000 yuan a year ago. But mine workers, who are at high risk of developing pneumoconiosis -- a lung disease caused by dust inhalation -- after just six months in the job, should earn more than 20,000 yuan a month, Sui said.

But despite the higher wages, there is a shortage of workers for the mine industry.

To solve this shortage, Builder X has developed apparatus that can be mounted on shovel loaders and wheel loaders, which are operated remotely over the internet by qualified workers. At the mining site, only one employee is needed to maintain and lubricate the machinery, as well as to engage safety locks in the case of an emergency.

Builder X excavators have been used to load and transport stones and level land at quarries in Beijing for six months now. The excavators have also been used to improve cultivated land and irrigation canals at farms in Hainan Province. In both cases, excavators are remotely controlled by skilled operators at Builder X's office in Beijing.

While the teleoperation technology has enabled the company to quickly automate construction equipment, in terms of performance and efficiency, customers have been somewhat disappointed, says Ming Yin, co-founder and chief technology officer of Builder X.

One of the problems is that cameras mounted on the upper part of excavators cannot recognize the ambient environment as well as humans can. Another issue is a certain time lag between the operators and the machinery that make remote controlled operations less efficient.

To address the first of these issues, Builder X has developed a smart sensing technology using computer vision.

Yin cites a specific case when a Builder X machine nearly fell off a cliff while in operation, with the company initially thinking the near miss was due to a mistake by the operator. However, an analysis showed that the remote operation screen had simply not recognized bumps on the ground due to soil and rocks.

So, using sensors, the company developed an algorithm for calculating depth of field and translating this into an augmented reality interface, Yin explains.

In another incident, a Builder X machine almost collided with a person in a blind spot. As a countermeasure, the company introduced a camera with a 360-degree field of view.

However, it is impossible for the operator to watch all the monitors simultaneously. So the company developed a mechanism for controlling the machine manually by informing the operator on a pop-up screen when a person or another machine is detected nearby. A deep learning model recognizes if a person is present, Yin said.

Regarding the second issue of time lag, Builder X has applied robotic automation technology, treating a machine like a robotic arm, which can make precise moves automatically.

While the accuracy of hydraulic drive detection and control does not match that of a conventional electric drive robotic arm, the company has combined multiple sensors and strengthened the background algorithm, increasing the accuracy and efficiency of the mechanism.

Yin said that Builder X's ultimate goal was full automation of construction machinery. The company is looking to make an algorithm that understands the machine's environment through deep learning, automatically selecting the points of loading and unloading in digging and transportation, and thus reducing human involvement on the ground.

As things stand, the company is still at a stage in which skilled operators are carrying out work with remote controlled machines and accumulating practical data to further polish its algorithm and strategy.

Meantime, Builder X is already expanding into overseas markets. According to Sui, the company is sounding out companies in Hong Kong, Japan, Australia and elsewhere about possible alliances. Mining environments in these places have similar safety risks to those in China and also face the problem of personnel expenses accounting for over 40% of work costs.

In Australia, mining is a major industry and is mainly operated on a fly-in, fly-out basis. Workers living in urban areas are flown by plane to remote mining areas and live and work there for a specified period of time while being provided with accommodation and meals. They are well-treated and well-paid. Their average annual income can reach as much as 100,000 Australian dollars ($172,903).

In addition to paying high wages, employers also cover the cost of meals, accommodation and insurance. Per-capita personnel costs are as high as 250,000 Australian dollars a year.

But despite this favorable treatment, young workers aged between 15 and 24 make up less than 8% of the total, with the average age of workers being 45.

Many young people do not want to carry out a tough job while living away from their families or homes. In this respect, Builder X's unmanned solutions could come in very useful.

Sui is a graduate of Stanford University in the U.S. and a serial entrepreneur with experience of working in core divisions electric vehicle maker Tesla and tech group Apple. Yin is a graduate of Fudan University in China and has worked on the development of many core products at U.S. search group Google's headquarters.