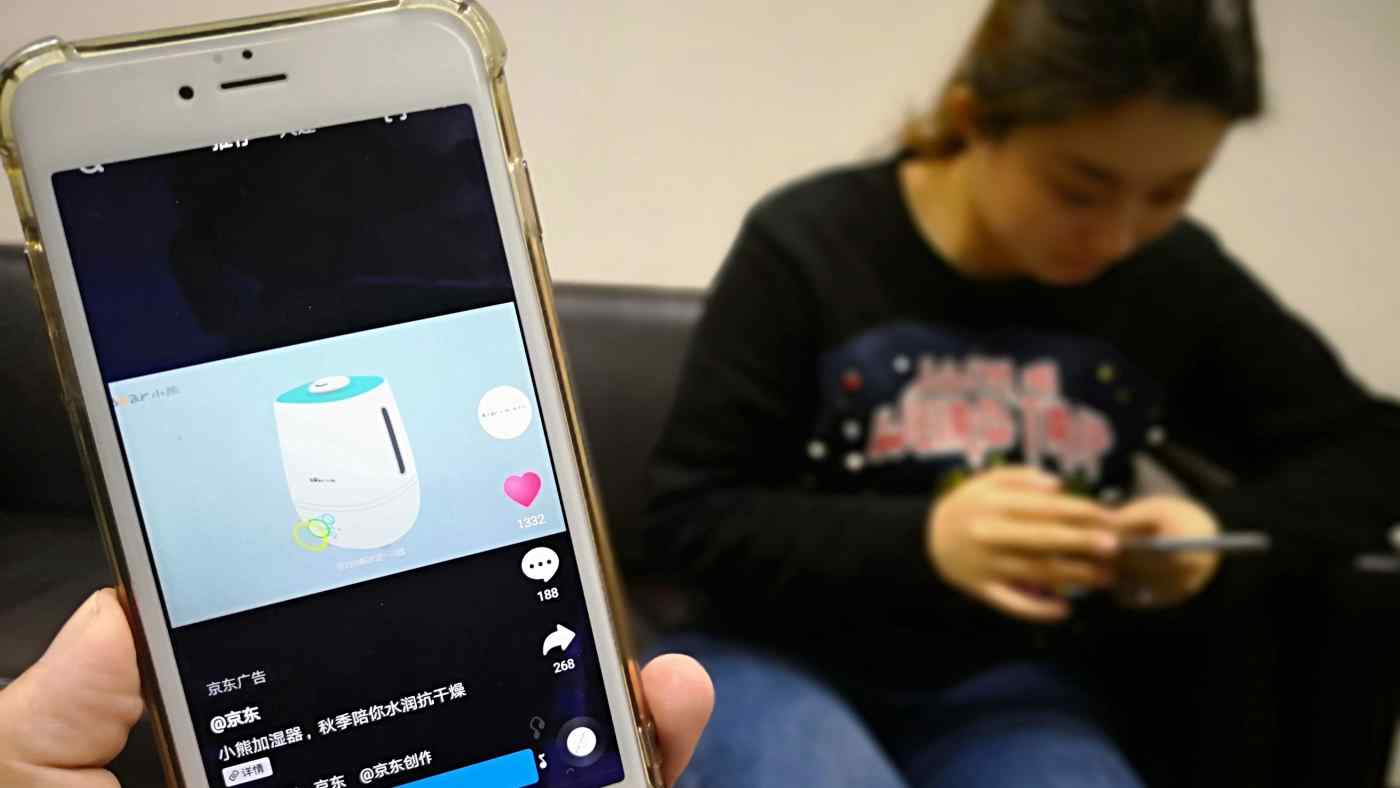 DALIAN, China -- Growing ranks of Chinese companies are embracing TikTok, a video-sharing app that boasts 400 million users in the country, as a way to win the hearts of young consumers who tend to click off conventional advertisements.

TikTok, run by Chinese startup ByteDance and known as Douyin in its home market, encourages advertisers to create clips of dancing and other content, just like general users. The advertisers then insert their corporate logos or mascots in the videos in hopes of retaining the attention of Generation Z users.