US chip startup exploits trade war to expand in China 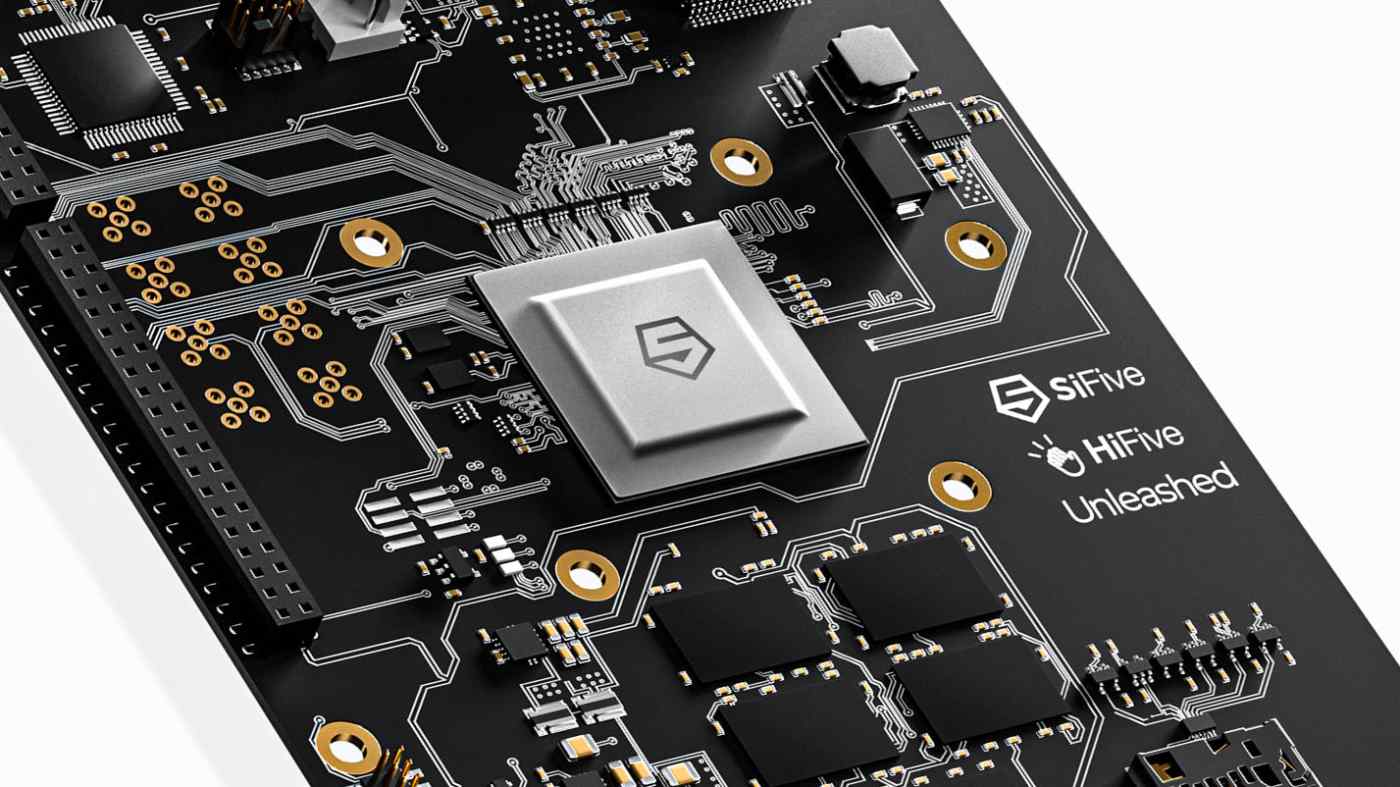 PALO ALTO, U.S. -- American chip startup SiFive sees an opportunity to gain ground in China amid the intensifying trade war by offering an open-source alternative for chip design that could help reduce the country's reliance on Western technology.

The California-based company provides design services for chips, such as those used in mobile devices and storage centers, based on the RISC-V chip architecture. Because RISC-V is open source -- meaning anyone in the world can access it freely -- Chinese companies increasingly see it as a potential alternative to global chip leaders Intel and Arm Technologies for powering their devices.

This is particularly important as Washington steps up its restrictions on exports of U.S. technology to China.

In May the U.S. Commerce Department placed Huawei Technologies on its so-called Entity List, which bars American companies from transferring technology to it without a special license. Five more Chinese companies were recently added to the list.

These restrictions, however, do not apply to open source technology, according to Kevin Wolf, a former U.S. Assistant Secretary of commerce and partner at law company Akin Gump.

"Technology that is 'published' and openly accessible is not subject to the Export Administration Regulations and thus not affected by Entity List prohibitions," Wolf said. Because the RISC-V chip architecture falls under the "published" category, it could serve as a potential chip alternative for Huawei -- though the company has indicated it will continue using Arm-based chips in its devices for the time being.

SiFive was founded in 2015 by three academics at the University of California, Berkeley who originally developed RISC-V.

While anyone, in theory, can use RISC-V to design chips, doing so is extremely time consuming and costly. SiFive makes money by offering cloud-based design services that simplify the process.

SiFive President and CEO Naveed Sherwani, an ex-Intel chip developer and industry veteran who joined the company in 2017, says it is perfectly positioned to grow. 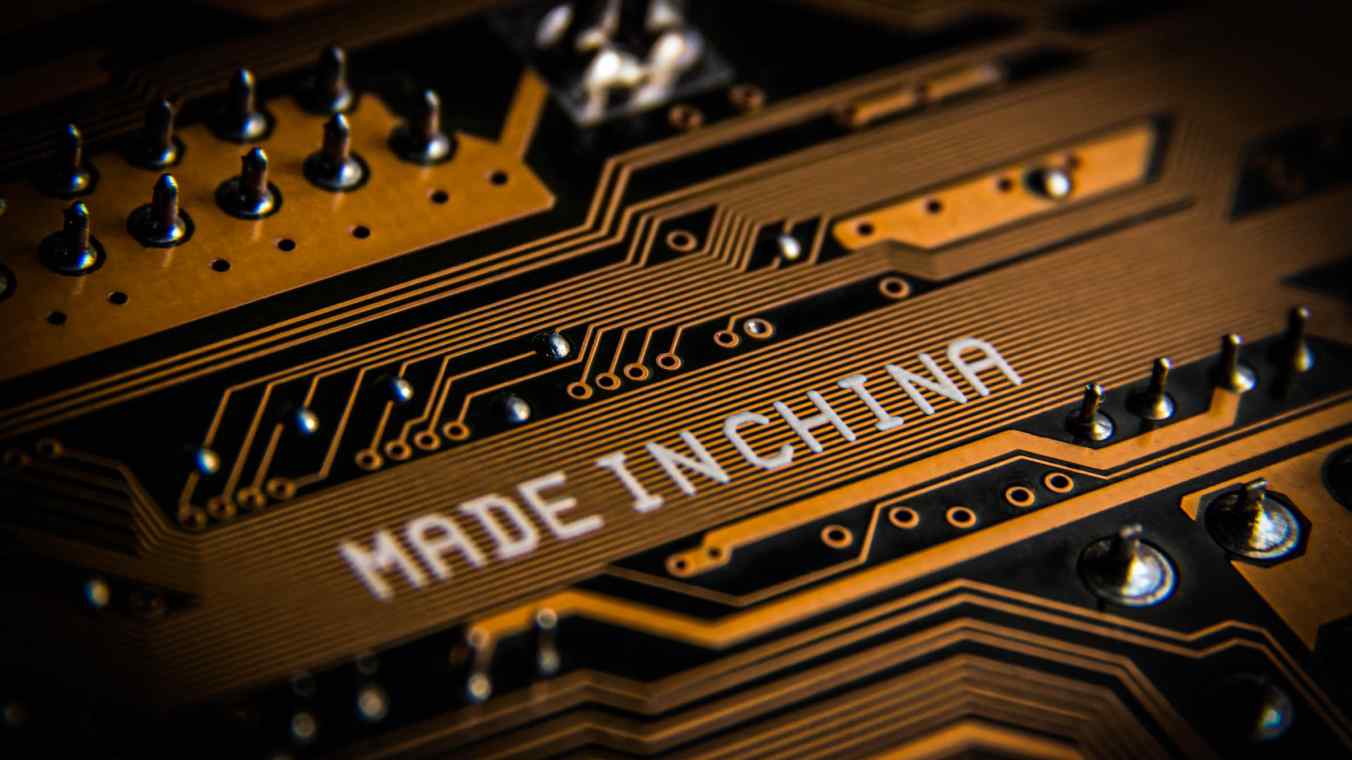 "We are going to expand big time in China. The trade war has helped us a lot because it convinced China to do more chips inside the country and we are helping them do so," Sherwani said.

"It became clear to us about three or four years ago that a trade war is going to happen," Sherwani said, "and the action we took is building a completely independent company in China."

That company is SiFive China, in which SiFive holds a less than 20% stake. That small share, will be diluted as more outside funding comes in, means SiFive does not have to report the Chinese company's financials in its own earnings, and SiFive China is treated as an independent company by U.S. regulators.

SiFive provides its counterpart in China with intellectual property related to its design services.

"I think there is a common misunderstanding in the market that the U.S. Entity List is a blanket ban, like a wall between U.S. and China, but it's not. It's more like a gate, there are things allowed through and there are things not," Sherwani said.

If SiFive is ever blocked from such transfers in the future, the company's thinking goes, SiFive China will still be able to serve Chinese customers.

SiFive currently has three offices in China, with its headquarters in Shanghai. The company said it will open more Chinese offices as the country pushes ahead with its national goal of semiconductor independence.

SiFive told the Nikkei Asian Review that it will announce a 5G chip based on the RISC-V architecture in the near future. Although the company may not be able to export the chips directly to China, most of their design could be transferred to SiFive China, and the local team trained to build the chips within the country, SiFive said.

It's a 100% Chinese company. We set it up this way so that our U.S. operation will not impact China, and vice versa"

"China has some of the best universities in the world and is producing some of the best PhDs. There are obviously a lot of smart people living there, and it's a question of hiring them, training them, putting them in the structure and getting the work done," Sherwani said.

His optimism stands in contrast to the downbeat mood among chip industry insiders in China, who say that without continued access to cutting-edge U.S. technology, local chip development will "hit a wall."

Sherwani, however, is confident that SiFive China -- which registered as an independent company under the name Shanghai SaiFang Technology Co. in 2018 -- will be able to stand on its own. The company said all executives at SiFive China are Chinese nationals and are familiar with the local market.

"It's a 100% Chinese company," Sherwani said. "We set it up this way so that our U.S. operation will not impact China, and vice versa."

Earlier this month SiFive raised $65.4 million in a Series D funding round from existing backers such as Sutter Hill Ventures and Chengwei Capital, and new investor Qualcomm. SiFive has also previously received investment from Intel, Samsung and Western Digital and has raised a total of more than $125 million since 2016.

The startup says it currently has more than 100 licenses for its RISC-V processors, and said six of the top 10 semiconductor companies, including Qualcomm and SK Hynix, are among its customers. SiFive-designed chips have been used in commercially released products, including a smartwatch made by Chinese wearable device company Huami and a storage device by South Korean startup Fadu.

While SiFive does not have any exposure to Huawei, the company said it is open to the possibilities of working together through SiFive China. Huawei declined to comment for this article.

Not everyone is confident that RISC-V will be able to fill Arm's shoes in China, however. "RISC-V is new and might not be ready yet, especially for the 5G phones," said Neil Shah, research director at Counterpoint, an Asia-based technology analysis company.

But Sherwani believes RISC-V will soon catch up. "It took Arm 25 years to get here. RISC-V started in 2010, but it was just an academic project and didn't really start in full speed until three years ago," he said. "And in three years, RISC-V has got close to the Arm v8 processor, and we think we will be on equivalent or beyond v8 in about a year."