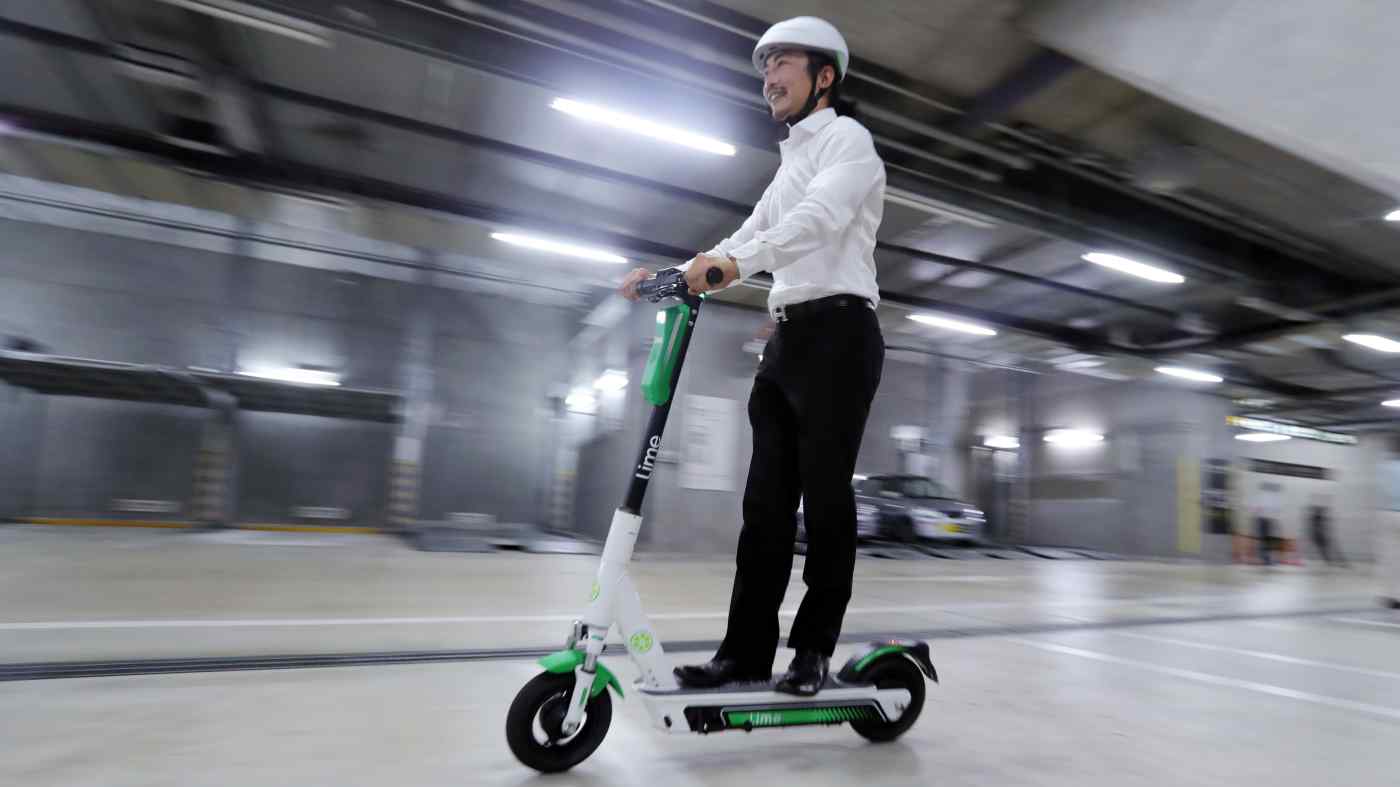 TOKYO -- Two of the world’s biggest electric scooter startups are entering Japan, as the heated race for growth in the sharing economy's latest iteration expands to Asia despite regulatory uncertainty.

U.S.-based Neutron Holdings, commonly known as Lime, and its main competitor Bird will each hold two-day trials in the western city of Fukuoka between late August and early September, during which their e-scooters will be available for test rides, the local government announced on Friday.

The trials will mark the first time their services will be available in Japan and one of the first in Asia, although Lime is available in some parts of Australia and New Zealand. Some smaller competitors have already launched trials in Japan.

"We are dedicated to make cities less congested, less polluted and provide affordable alternatives to taxis and Uber-type services," Lime co-founder and CEO Brad Bao said in an interview in Tokyo.

E-scooters have been launched in hundreds of cities worldwide and global consultancy Boston Consulting Group estimates the market will be worth $40 billion to $50 billion by 2025. However their use has stirred controversy in many countries amid reports of accidents and streets being littered with scooters.

The business model is also unproven. In a report in May, BCG warned that while e-scooters could expand the market for on-demand mobility, there remained substantial obstacles to profitability. 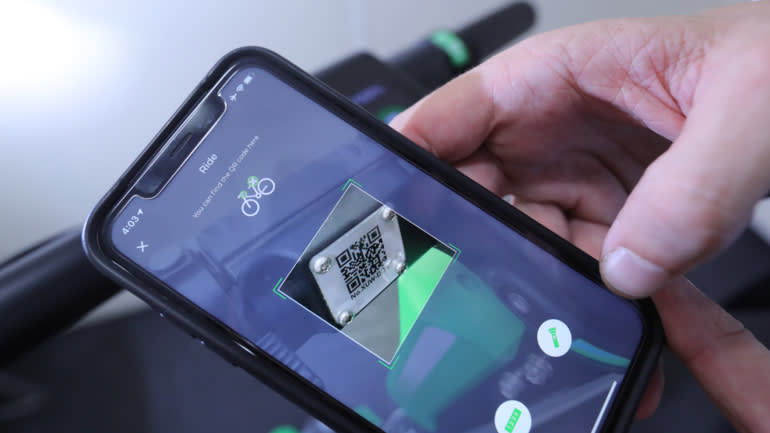 Lime's electric scooters are unlocked via a mobile app. (Photo by Ken Kobayashi)

Critics have compared the e-scooter phenomenon to China’s bike sharing startups, many of which collapsed after burning through funding to chase growth. The saga, which triggered an outcry among users unable to retrieve their deposits in the services, has become a cautionary tale of how excitement in consumer-oriented startups can quickly turn sour.

Lime and Bird and other e-scooter startups operate a ride-sharing service like Uber, but the business model is different. The scooters are owned and operated by the companies. Users unlock them with a smartphone app. After pushing the scooter forward with a kick on the ground, users can speed up or slow down using the handles. Lime's scooters can speed up to 20 kilometers per hour.

Lime charges a fee when users unlock the scooter -- generally $1 in the U.S. -- as well as a fee per minute during the ride, via the user's credit card registered on the app. The company hires private contractors who re-charge the vehicles.

E-scooters are seen as the next wave of "micro-mobility" sharing services that have generated excitement for their potential to reshape urban transport. The industry has attracted interest from Japanese companies like KDDI, the country’s second-largest mobile network operator, and system developer Digital Garage, which invested undisclosed sums in Lime earlier this year. Bird is partnering with trading house Sumitomo for the trial. 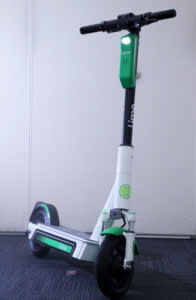 The entrance in Asia will be a gauge of whether the nascent industry can sustain its early growth and high expectations. Lime has raised more than $700 million in two years and the last funding round in February valued the company at $2.4 billion. It now operates in more than 25 countries and says more than 15 million users have downloaded its app.

But launching commercial operations will require overcoming significant regulatory hurdles. In Japan, e-scooters are currently classified as a "motorized bicycle," which means the vehicles have to be equipped with number plates and users need driver licenses to ride on public roads. That is preventing commercial rollout, even though sharing services of electric assisted bicycles are increasingly becoming popular in major cities. Lime and Bird’s test rides in Fukuoka will only be available inside a park.

Most scooter sharing startups including Lime do not disclose financial figures. Bao, who has a career building Tencent’s U.S. operations, said Chinese bike startups "took an approach that over-saturated the markets without working with the city," a strategy Lime is careful to avoid. That means its ability to cater to local demands will be tested, especially as local startups emerge.

"There is no major difference between the apps, vehicles and user experience [among e-scooter services]" said Daiki Okai, CEO of Japanese e-scooter startup Luup. "The most important element is coordination with the local government. Localization becomes the core value."