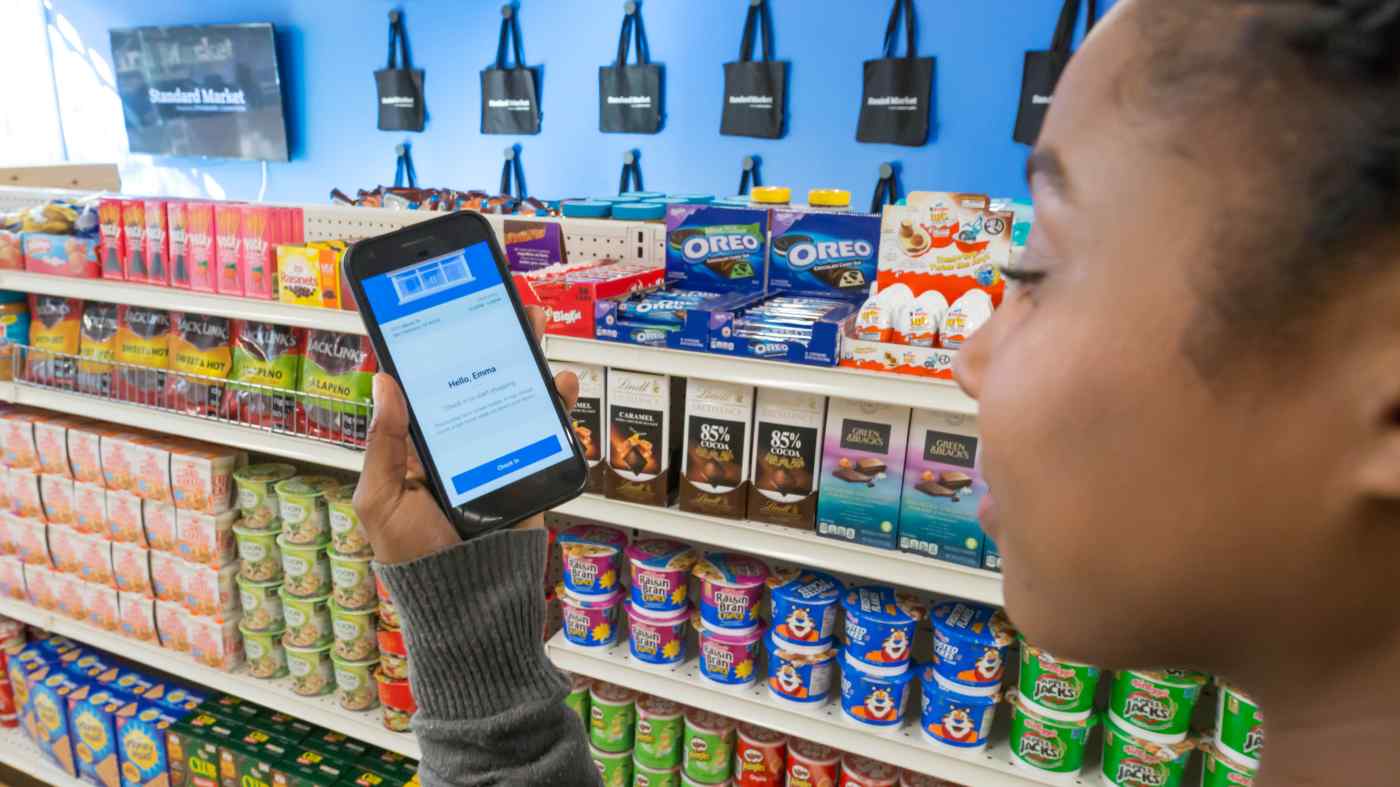 TOKYO -- A small Silicon Valley startup is hoping to steal a march on e-commerce giant Amazon in Japan with plans for thousands of cashierless stores, where customers will be able to simply pick products from the shelves and walk out of the shop.

Standard Cognition is partnering with Japanese wholesale and logistics company Paltac in a bid to transform bricks-and-mortar retail stores that have been struggling to find staff due to the country's severe labor shortage.

Its artificially intelligent systems, networked through cameras installed on the ceiling, track which products a customer chooses and whether they put them in their bags or back on the shelves in real-time. Customers can either walk straight out, with their payment made automatically through a smartphone app, or stop and pay by cash or credit card.

Standard Cognition wants to equip 3,000 Japanese stores with the system by the summer of 2020. Its push comes as Amazon prepares to upend U.S. convenience retailing with plans to launch thousands of cashierless stores in major cities under the brand Amazon Go. The e-commerce giant already has five stores operational in the U.S.

Cashierless systems are gradually becoming more popular in Japan, a country where businesses attach considerable value to interacting with customers.

Such systems offer retailers a solution to Japan's labor shortage. There were over 1.2 million unfulfilled job offers across all sectors in 2017, according to data released by the Cabinet Office.

Growing numbers of convenience stores and supermarkets have installed self-checkout systems in recent years. However, self-checkout accounts for only 0.2% of the whole point-of-sales systems market, according to consulting company Accenture Japan.

Convenience store chain FamilyMart has partnered with the LINE chat application to operate stores that use AI technology, while East Japan Railway has teamed up with technology company Signpost to test cashierless stores.

Japan's Ministry of Economy, Trade and Industry has announced plans to introduce systems using IC tags in five major convenience store chains including 7-Eleven and Lawson by 2025. Other companies are experimenting with alternative systems, mindful of the cost and difficulty of placing IC tags on every product.

Takahiro Einaga, managing director of Accenture Japan, said that Japanese retailers would not implement new checkout systems "unless they offered cost-effectiveness," such as by cutting labor costs that made up for the investment.

Cashierless systems are more widespread in China and the U.S.

Standard Cognition launched its first directly managed pilot store in San Francisco in September. The first pilot project in Japan will be in the northern city of Sendai from early 2019, involving the Yakuodo drugstore chain. Paltac is one of the biggest wholesalers to drugstores in Japan, with annual sales of about 1 trillion yen ($8.9 billion), and plans to introduce the checkout system at its client retailers.

According to co-founder and COO Michael Suswal, Standard Cognition's system uses a relatively small number of cameras -- approximately 25 to 30 for an outlet the size of an average convenience store. It can also easily be installed at existing stores, unlike products such as Amazon GO, which can only be implemented at new locations.

Suswal said Amazon uses 3,000 to 5,000 cameras and sensors on shelves, and requires an investment of three to five million dollars per store. To use his company's "much cheaper" product, retailers pay for the cameras and computer system, as well as a monthly maintenance fee.

"Our system can adapt to the real retail environment," said Suswal. "Our goal is to make shopping fun." 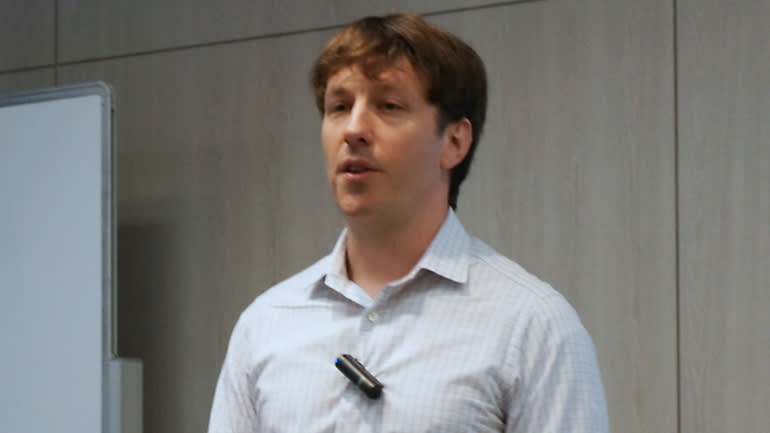 The system can even recognize items that are on sale or have been put back on the wrong shelves by customers. Other cashierless systems, including Amazon GO, require products to always be placed in their specific positions." Amazon is almost not a competitor for us," he added, "they are one of our marketing companies."

"The opening of Amazon GO hurts all retailers, but Amazon does not sell its system to others. So they call us to improve their shopping experience. We love Amazon."

Retailers in Japan see much larger amounts of foot traffic than stores in the U.S., something Standard Cognition hopes will help it deliver its shopping experience on a wider scale. The company is seeking to establish partnerships with retailers in various sectors, such as supermarkets and convenience stores.

"Japan is one of the most important markets for us," said Suswal, as the "density of retail stores is very tight, which is critical for us to access many people."

For Paltac, automatic checkouts represent a way to revitalize the bricks-and-mortar stores that form the bulk of its client base, many of which are struggling amid competition from internet commerce.

"It could be more convenient [than online shopping] if customers could casually enter physical stores and buy quickly." said Masakazu Mikita, the company's head researcher.

"In terms of logistics, it is more efficient when customers buy from physical stores," as the cost of door-to-door delivery is higher, he added.

Compared with other countries, Japan has a wide variety of highly developed point-of-sales systems, allowing stores to track products and customer behavior. This means that there is less incentive to install new systems, according to Einaga.