Vietnam startups gain on Indonesia and Singapore with new funding 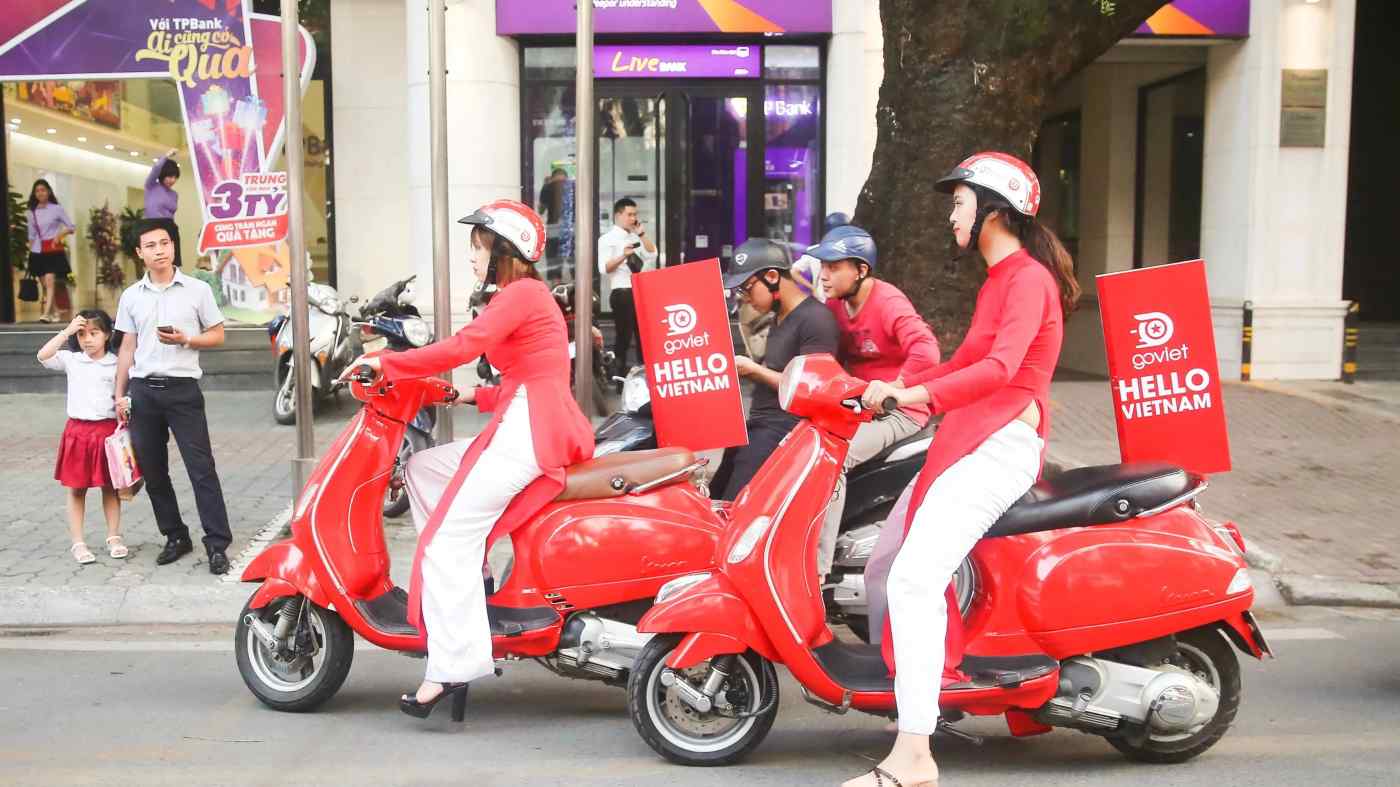 SINGAPORE -- Vietnam's startup sector is growing at a rapid clip despite the global economic slump, as it closes the gap with regional leaders Indonesia and Singapore.

Investment is expected to top $800 million by the end of the year, which would represent a rise of at least 80% over last year's $444 million.

A total of about $5.9 billion was invested in Southeast Asian startups in the first half of 2019. When it comes to the investments that can be tracked to a destination country, Vietnam accounted for 17% of startup investments in the region, up from 5% for all of 2018, behind Indonesia at 48% and Singapore at 25%.

Among startups that raised the lion's share of funding last year was e-payment app Momo, which pulled in about $100 million from American private equity company Warburg Pincus, making it one of the largest single rounds ever raised by a Vietnamese startup.

This year, e-commerce platform Tiki received a large injection of funds, according to research by ESP-Cento, though the company has yet to disclose the funding. Tiki was reportedly set to raise $75 million in March from investors led by Singaporean private equity company Northstar Group. Payment solution company VNPay raised $50 million from Singaporean state fund GIC, while gaming operator VNG received $29 million from Temasek Holdings.

Smaller startups are also being established. Luxstay, a room sharing startup like Airbnb, raised $4.5 million in May and point-of-sale system operator KiotViet received $6 million in August, according to startup database Crunchbase. 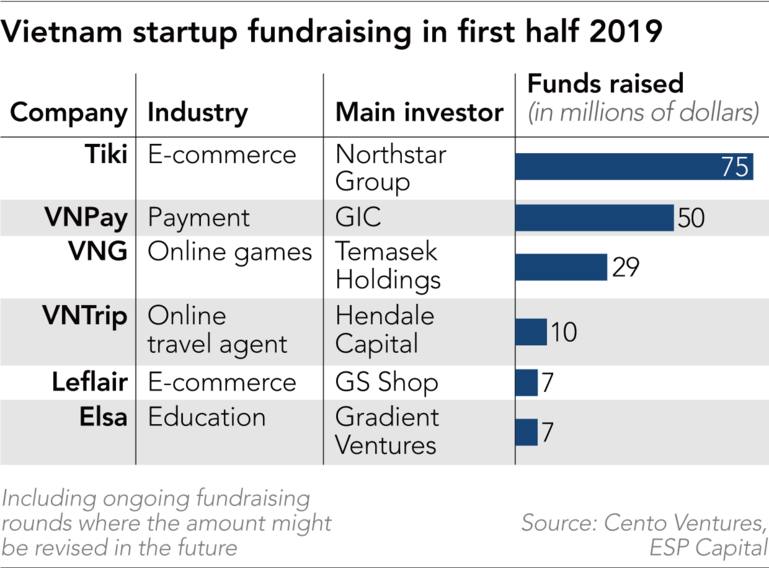 Backed by a large population of some 96 million and a healthy economic growth rate of 6.7% in the April-June quarter, more overseas investors are looking at Vietnam. Homegrown tech-driven services -- in sectors such as e-payments, ride-hailing, e-commerce and logistics -- are booming.

"Vietnam is in an important period when key components of a strong digital economy are beginning to shape up," the joint research report noted. The report said that Vietnam's digital economy will benefit from its young population, of which 60% are aged under 35, and a still-growing mobile and internet penetration rate. The research said that over 10 million more consumers will go online by 2023. Vietnam also has a highly educated workforce -- the country's pupils ranked eighth globally in the PISA international science test, higher than Hong Kong's and South Korea's. Coupled with a relatively low labor cost, Vietnam has long been a software outsourcing hub in Asia, producing large homegrown IT companies such as FPT.

But now tech professionals are moving from outsourcing businesses to startups, said Vy Le, general partner at ESP Capital. The rise of a few iconic local startups, such as online game operator VNG Corp., has inspired "a lot of people to think about starting a company rather than doing outsourcing," she said.

Singapore's ride-hailing operator Grab entered the market in 2014, while Indonesian peer Go-Jek did the same last year. Grab has a research and development center in Ho Chi Minh City with over 100 engineers. The company announced last week it will invest $500 million in Vietnam over the next five years.

In the e-commerce space, platforms such as Singapore's Shopee and Lazada, a subsidiary of Alibaba Group Holding, are among the most visited sites.

Overseas-educated entrepreneurs are also helping to shape the startup ecosystem in Vietnam. Silicon Valley-based education startup Elsa, run by Stanford-graduate Vietnamese CEO Vu Van, has about half of its 40 staff in Ho Chi Minh City to grow its English-learning app business in her home country.

Government support, through accelerator and incubator programs, has also been contributing to the country's startup ecosystem, said ESP Capital's Le. "The government right now talks about industrial revolution 4.0 a lot. Within that, they consider startups as a key driver for the Vietnamese economy."

Southeast Asia's startup space has been led by Indonesia and Singapore, which claim six of the eight regional unicorns -- unlisted startups valued at $1 billion or more. Vietnam, however, "certainly has the potential to establish itself as Southeast Asia's next leading startup ecosystem," ESP-Cento research noted.