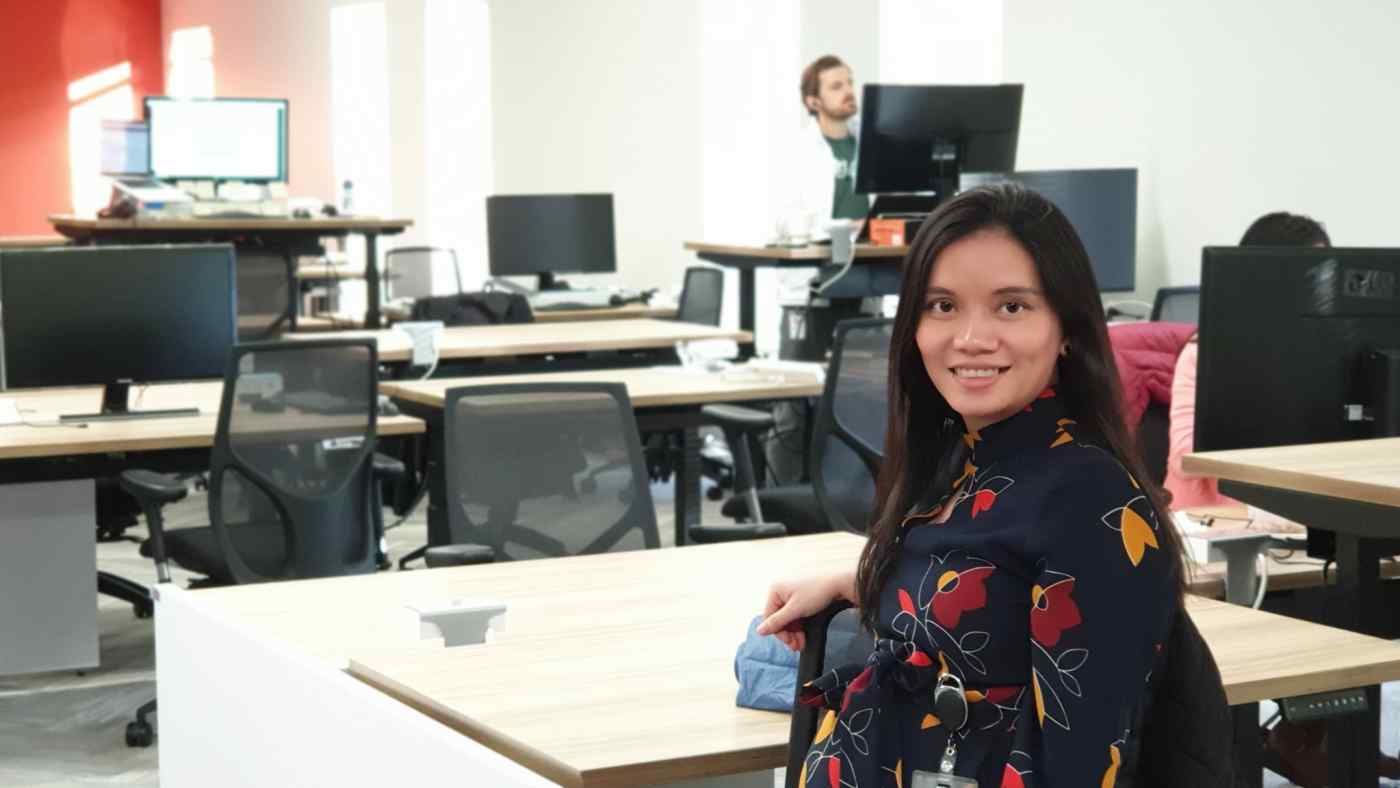 PALO ALTO, United States -- Investors are pouring increasing amounts of money into startups either based in Vietnam or led by Vietnamese, with the operator of an app for English learners being one of the latest to attract fresh capital.

Elsa, a Silicon Valley-based startup established in 2015, raised $7 million last month in a Series A round led by Gradient Ventures, Google's AI-dedicated venture fund. The company has pulled in $12 million to date on the back of its Elsa Speak app, which helps people improve their accent.

Vietnamese co-founder and CEO Vu Van is the brain behind the app that boasts four million users in 100 countries since its launch in 2016. Despite being fluent in English, Van once struggled with her pronunciation.

"When I moved here ... that was the first time I realized that when I spoke, people didn't understand me," Van told the Nikkei Asian Review last month in an office she shares with other Gradient-backed startups. She frequently had to repeat what she said, making her "kind of feel embarrassed" until she lost confidence in her English.

"I think Elsa can quickly become the global leader in addressing English-language learners' biggest challenges," said Binh Tran, general partner at investment fund 500 Startups Vietnam. Tran added that there are 1.5 billion English learners around the world, and their numbers are growing. Van said Elsa Speak creates a tutor-like experience similar to having a live speech coach but without the eye-watering fees, which run about $150 to $200 per hour.

"[The coaches] are extremely useful ... but extremely expensive," Van said. "So that's when I figured out: Hey, how come we cannot replicate this speech therapist to help millions of people around the world?"

Van said her inspiration for the app, which costs only a few dollars a month, was based on her own experience. Though born and raised in Vietnam, Van was an avid student of English. Her confidence in the language grew after working at Danish logistics company Maersk in Vietnam and Denmark. But upon arriving in the U.S. in 2009 to pursue an MBA and master's degree in education at Stanford University, her confidence was shattered, as she had trouble making herself understood when speaking.

Van's experience is shared by many in Asia, where most people have never interacted with native English speakers. In Vietnam -- home to the company's biggest market and office -- Elsa Speak has more than 2 million users. It is also experiencing exponential growth in Japan, Indonesia and India, as well as some parts of Latin America.

Being only three years old, Van said Elsa has not generated much income, but its future looks bright as paid subscriptions grew more than threefold between 2017 and 2018.

"With virtually zero marketing dollars spent, they have grown to 4 million users globally, which I think is a great success," said Tran of 500 Startups Vietnam.

Tran noted that the market for English-language learning apps is crowded, and that Elsa Speak is competing against established players like Duolingo, Rosetta Stone and English Central.

But the app's proprietary voice recognition and AI is "incredibly effective" and "makes their technology difficult to duplicate," Tran said. "As far as I know, very few companies can offer this type of voice recognition-based skills training."

Van said that being a woman without a technical background posed a challenge when starting Elsa.

"The first question investors always asked was how feasible was it for me to put together a team that could build this advanced technology that nobody else is working on, since I'm not an expert in this field," she said. "Being a female founder also brought more skepticism from traditional investors, who are typically biased [against] us."

But her Stanford pedigree and network of professors and alumni helped, as it included seasoned entrepreneurs who "had been there, done that," Van said. Importantly, they also connected her with investors.

One fellow graduate with a background in electrical engineering worked with Van to develop a demo for Elsa Speak before she found her chief technology officer in late 2015. She ended up marrying the former and they are now expecting a child. 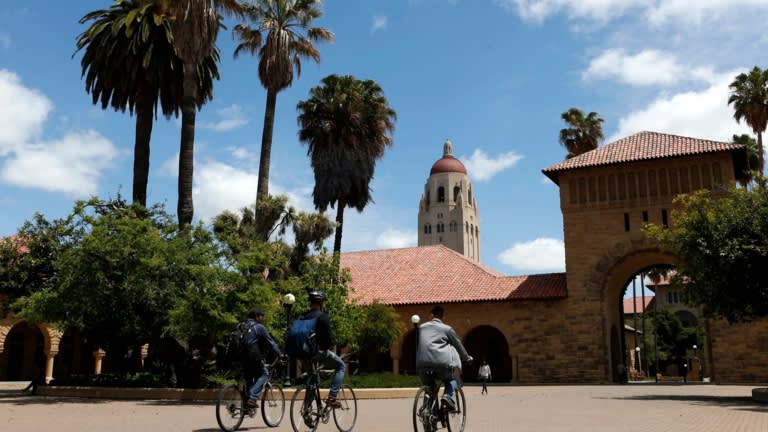 With its Silicon Valley credentials, Elsa has attracted talent from around the world, including its Spanish co-founder and CTO, who Van said is a "very well-respected scientist [and] extremely experienced" in voice recognition and AI. Reflecting Elsa's global aspirations, Van lets her CTO work from Lisbon, where his family -- and company's engineers -- are located.

"It's an accident we have an office in Lisbon ... but it's the best thing because they have great engineers." Van also said that talent in Portugal is cheaper than in Silicon Valley, where she must compete with the likes of Google, Facebook, and Amazon for hires in AI and voice recognition.

Van is now targeting education, saying Elsa is working with teachers and schools in Vietnam to integrate the app into curricula. She also wants to hook up with corporations for in-house English-training programs.

Van thinks Elsa Speak can improve the lives of nonnative English speakers. "We do believe that when they speak good English, their income level [goes] up quite significantly. Their life quality goes up, and there's just a lot more opportunity open to them," Van said. 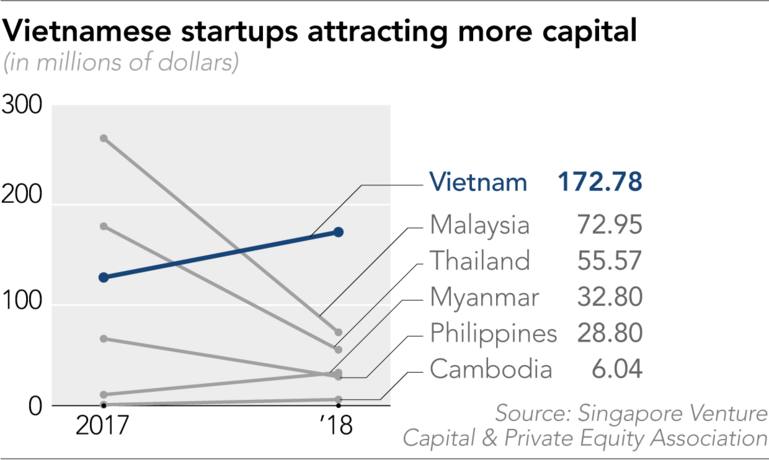 In addition to its U.S. and Vietnam offices, the company plans to expand into Japan, India and Indonesia.

Elsa is among a number of promising startups either based in Vietnam or headed by Vietnamese. The country now has the third-largest number of startups in Southeast Asia.

According to the Singapore Venture Capital & Private Equity Association, venture funds invested $172 million dollars in Vietnamese startups in 2018, a 35% increase over the previous year. Among them are Monk's Hill Ventures and 500 Startups Vietnam, both of which are invested in Elsa.