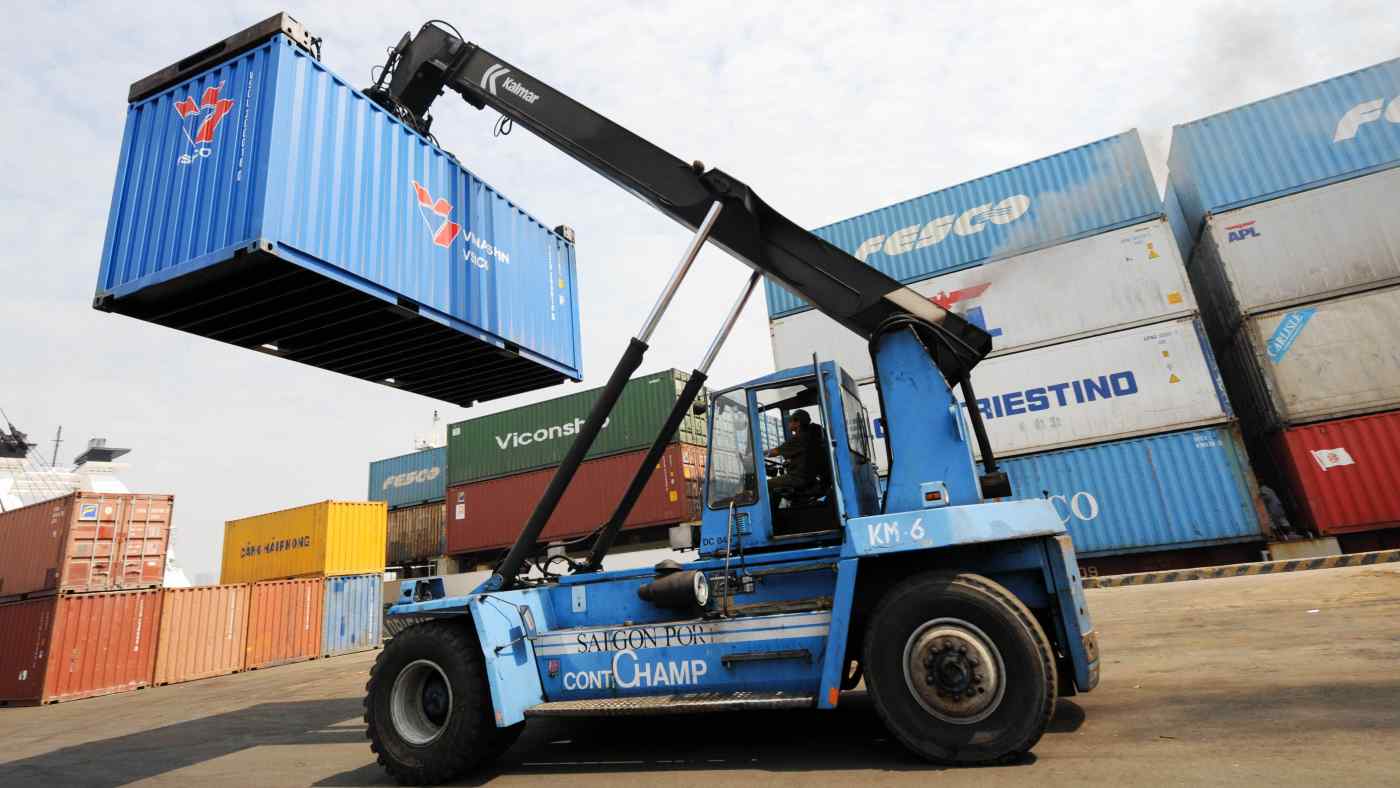 PHNOM PENH -- Four years after an unplanned opportunity switched their focus to logistics, founders of Vietnam startup Abivin, Long Pham and Cassie Nguyen, are looking to expand even further across Southeast Asia.

The pair won the $1 million top prize at the 2019 Startup World Cup in Silicon Valley last month for their AI-powered route optimization and transport management platform, which is aimed at improving Vietnam's notoriously inefficient logistics sector.

Now Pham and Nguyen say they have had queries from multiple potential clients, and that they are setting their sights on further regional expansion.

"One of the dreams for every startup is to become a unicorn company in Southeast Asia," said Nguyen, adding that the "ambitious" goal of reaching a $1 billion valuation is a motivator for the company.

"The overall impact that we want is to reduce logistics costs impacting a lot of countries in Southeast Asia at the moment," Pham said. "That ranges from 15-20% of the GDP, so if we can make a huge impact on that, that would be one of our goals."

The pair are among a growing number of tech entrepreneurs from Southeast Asia returning home from studies and work abroad to launch companies and tackle problems in their native countries. Pham returned to Vietnam after working in Silicon Valley, including a stint at Google as a software engineer.

Helping to fix Vietnam's logistics woes -- Vietnamese Prime Minister Nguyen Xuan Phuc last year lamented the economic impact of high logistics costs, which authorities equate to about 20.9% of the country's GDP -- was not, however, the initial plan. Intending to apply data analysis and algorithm tools to different products, the company began working with U.S. multinational Procter & Gamble in 2015 to develop a transport management system, a project that then grew into their product vRoute.

"We chose the industry of logistics by chance, by luck, actually," said Pham, who earned a computer science degree at Cambridge University and a masters in machine learning at Bristol University. "It chose us instead of us choosing it."

Abivin developed vRoute to solve vehicle routing and pickup and delivery problems. What makes the software unique, the founders say, is its speed. Taking into account multiple constraints -- including time windows, weight, volume, working time, and traffic and road conditions -- vRoute can come up with optimal routes in minutes rather than hours.

P&G now makes up one of Abivin's 10 key accounts. Their route optimization, real-time tracking and inventory management software also serves businesses including FrieslandCampina and AO Smith, and is deployed for companies in Vietnam, Singapore and Myanmar.

Nguyen said the $1 million prize money would help plans expand to new markets including Indonesia, Thailand and Malaysia. It will also be used for R&D, with plans to move beyond transport to warehouse logistics.

The company also plans by August to go live with their first software for maritime freight for port operator Saigon Newport Corp. The move comes at an opportune time, noted Pham, with supply chains shifting to Vietnam amid the U.S. trade war with China.

"Container shipping is growing in Vietnam and we'll get some benefits from the trade war," he said.

While declining to discuss revenue figures -- other than to say they had seen annual revenue growth triple year-on-year for consecutive years -- Nguyen said the business, which currently employs about 40 full-time staff, was profitable. Nguyen said the company has benefited from government efforts to boost Vietnam's burgeoning startup ecosystem, including receiving $150,000 in grants via the Vietnam-Finland Innovation Partnership Program, and tax benefits.

However obstacles to further growth remained, particularly restrictions capping foreign investors' stakes in companies at under 50% and challenges with Vietnamese accounting standards, she said.

"This is a huge barrier for foreign investors," said Nguyen, who studied business administration at the South-Eastern Finland University of Applied Sciences.

But the company appears well positioned. According to research released in April, Southeast Asia's third-party logistics market accounted for $34.6 billion in 2017 and is expected to rise to $55.7 billion in 2025 as retail and e-commerce continues to grow in the region.

It is also a sector ripe for innovation. While Singapore is ranked seventh globally in the World Bank's Logistics Performance Index, the rest of the region trails behind. Thailand places next at 32nd, followed by Vietnam (39th), Malaysia (41st), Indonesia (46th) and the Philippines (60).

The pair see their experience of grappling with logistics problems in their current markets as an advantage for attracting customers in countries with similar challenges.

Their software assesses infrastructure capacity in order to assign the most efficient vehicle for delivery and also includes flexibility for operators to adjust if conditions change -- something that is all but certain in a region that is expected to represent nearly 60% of global infrastructure spending by 2025, according to PricewaterhouseCoopers.

Confronting traditional logistics companies' reluctance to embrace new technology has also shaped Abivin's approach. To overcome intransigence and distrust, Pham and Nguyen say they have committed significant resources to working closely with companies to demonstrate the advantages of digitization. They claim their software has reduced logistics costs up to 30% for clients.

"They are at the top of their industry and they don't have any model to replicate, they have to innovate," Pham said.