BANGKOK -- Thailand's state-owned PTT is expanding beyond its borders and supplying energy to its economically robust Southeast Asian neighbors.

Founded by the government in 1978 right before the second oil crisis, PTT -- formerly the Petroleum Authority of Thailand -- went public in 2001. Today, the market capitalization of the PTT group, which includes petrochemical and resource-development units, accounts for more than 10% of the Thai market. 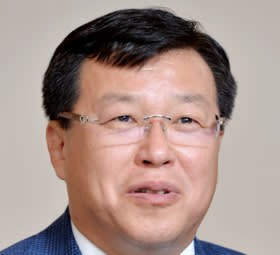 PTT's operations were initially limited to developing and supplying gas inside Thailand. But as reserves in the Gulf of Thailand decreased, the company increased its overseas investments. PTT now has oil and gas development projects in 45 sites across 11 countries. In 2012, it beat Royal Dutch Shell in a battle to acquire U.K. company Cove Energy, which owns rights to gas fields in Mozambique.

PTT now operates gas stations in the Philippines and other parts of Southeast Asia. It plans an oil refinery in Vietnam and a liquefied natural gas base in Myanmar, among its major projects.

PTT is a small latecomer, but seeks to "compete with oil majors from Europe in the global market with dynamism," says Pailin Chuchottaworn, the company's president and chief executive officer, who is fluent in Japanese and English besides his mother tongue.

PTT's net profit rose 5% to 82.4 billion bahts ($2.52 billion) for the nine months ended Sept. 30. The drop in crude prices is bad news, but its impact will likely be limited, given the increase in government-set liquid petroleum gas prices in Thailand.