Strategic changes have helped put AirAsia on a new trajectory

KUALA LUMPUR   More than 14 months after flight 8501 crashed into the Java Sea, AirAsia shares are showing signs of bottoming out, largely due to strategic changes that began in 2015.

AirAsia shares closed at 1.73 ringgit on March 4, 2.2 times higher than their August low, when a Hong Kong-based research firm was accusing the airline of irregular accounting practices. AirAsia denied the allegations.

Although shares remain far below the 2.90 ringgit they were fetching before the crash, their current trajectory shows that investors are returning to AirAsia, the region's largest budget airline by fleet size.

Analysts are also on board. On Feb. 29, AllianceDBS Research raised AirAsia to a "buy" rating.

Maybank Investment Bank Research, meanwhile, says AirAsia's strong performance, especially in the final quarter, may be an "inflection point" for the group. Its analyst pointed out "momentum should build going forward," thanks to low jet fuel costs. The agency is maintaining its current "buy" rating on the group.

Among the company's strategic changes, AirAsia's Indonesian business in the fourth quarter cut the number of flights by 34% from a year earlier. In addition, the carrier had 142 planes for its three core markets of Malaysia, Thailand and Indonesia at the end of 2015, a reduction of nine from 12 months before.

"I am not going to go crazy on capacity," Tony Fernandes, the group's chief executive, told the Nikkei Asian Review on March 4 during a rare interview in Singapore.

Fernandes has shied away from reporters since the Flight 8501 disaster.

AirAsia was also more efficient in 2015. Its seats flown improved 9% during the year, almost on a par with the preceding year and in line with Southeast Asia's budget airline industry. The increase, however, was far below the 26% growth recorded in 2013.

Fernandes said he deliberately kept this gauge from a higher reading "because there is a lot of uncertainty" in the region.

The number of budget airlines and flights above Asia has spiked in recent years, saturating the market.

"With [the] LCC penetration rate on short-haul routes within the region already approaching 60%, the market overall is now relatively mature," the CAPA-Centre for Aviation, an Australia-based research body, said in a recent report, using the industry acronym for low-cost carrier.

On Jan. 23, AirAsia's inaugural flight from Wuhan, in the central Chinese province of Hubei, landed in Kota Kinabalu, in the Malaysian state of Sabah. Despite an early morning arrival time, the flight was nearly full.

The Wuhan-Kota Kinabalu flight is part of AirAsia's expansion into second-tier cities that began in the final quarter of last year. It is a departure from AirAsia's earlier phase of expansion, before the crash on Dec. 28, 2014, that claimed the lives of 162 passengers and crew flying from Indonesia to Singapore. AirAsia first took to the skies in 2001 with two planes. Its fleet now numbers 170. AirAsia's existing flights are typically less than five hours, and once a plane lands, it has little turnaround time before it's back in the air. The airline has also been using the hub-and-spoke model.

Its new strategy prioritizes linking smaller cities to one another.

In the first quarter of 2016, the carrier plans to begin three more of these routes. There will be flights between:

More routes and destinations are expected. "India is a big priority for me," Fernandes told the NAR in Singapore. "So are Indonesia, the Philippines and, obviously, Japan." He also reiterated the importance of maintaining "careful capacity management" while AirAsia adjusts to the industry's new environment. 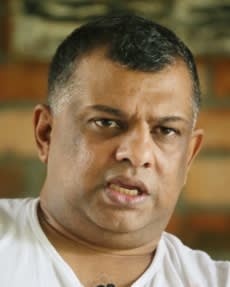 He is also giving the Northeast Asian market another go by relaunching AirAsia Japan, a joint venture with All Nippon Airways that was terminated in 2013.

"We had a very good board meeting [on March 3]," Fernandes said, adding that an AirAsia Japan CEO has been appointed and that operations will begin by June.

When asked about the outlook for this year, Fernandes said he is "feeling better." His airline will continue with nearly the same capacity as last year.

The 2014 tragedy is gradually fading from the public spotlight, and the airline is looking forward to the delivery of its first Airbus A320neo -- a wider, lighter aircraft that burns less fuel -- in October.