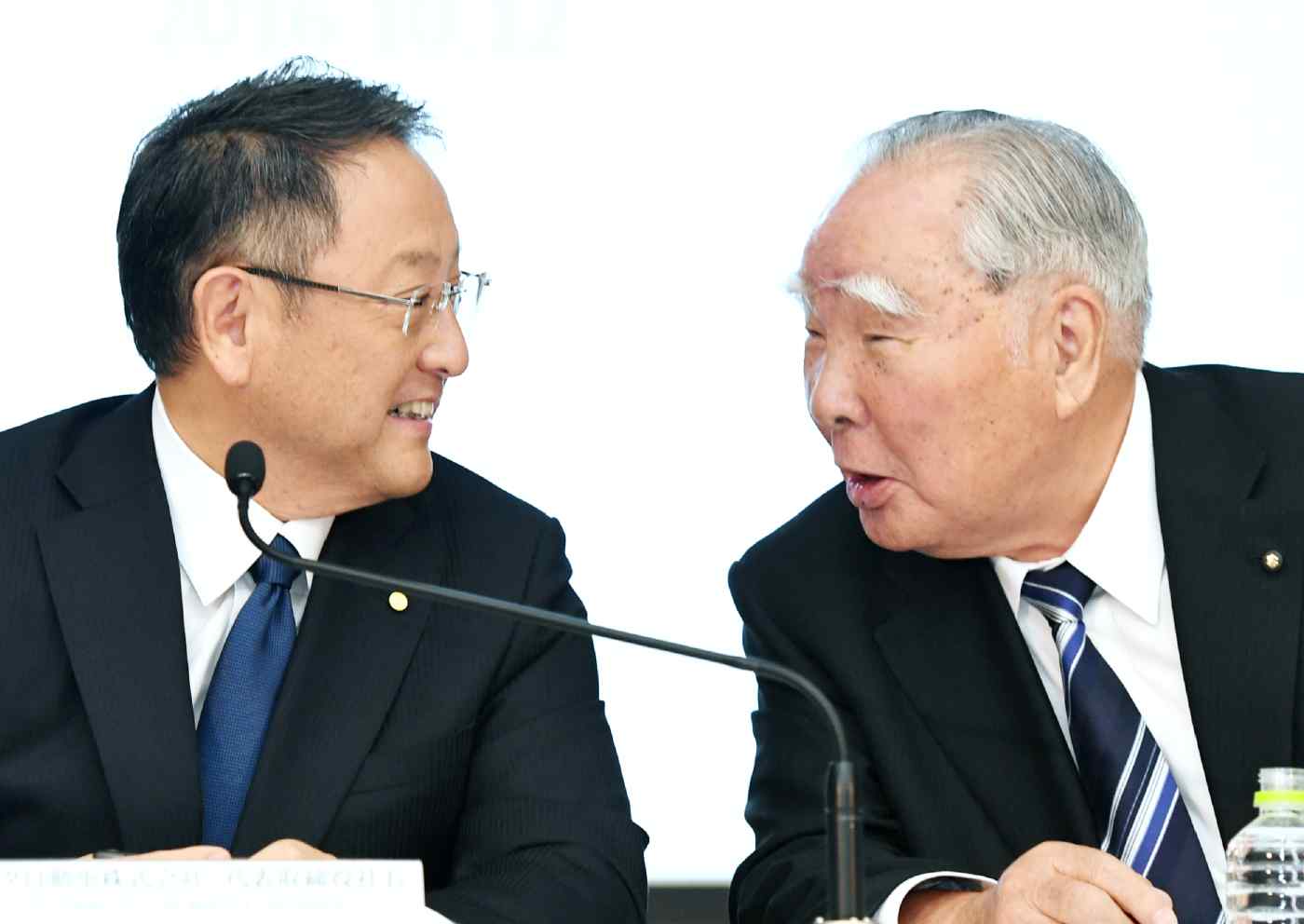 NAGOYA --Toyota Motor hopes its alliance with Suzuki Motor will be a formidable addition to the extensive web of partnerships it is building to contend with such challenges as rapid technological advances and changing driving habits.

"I am truly thankful for the opportunity to work together with Suzuki, a company full of the spirit of challenge," Toyota President Akio Toyoda said Monday. The two automakers have signed a memorandum of understanding on a comprehensive business tie-up, the result of discussions in progress since last autumn. Specific topics of cooperation have yet to be finalized, but likely will include safety, environmental and information technology, as well as parts procurement and production.

Toyota has been building various alliances for some time. The automaker kicked off capital partnerships with such peers as Subaru maker Fuji Heavy Industries and Isuzu Motors in the mid-2000s, acquiring shares in the companies from the then-struggling U.S. auto leader General Motors. Since 2011, Toyota has launched non-capital, loose partnerships with Mazda Motor and Germany's BMW, which Toyota characterized as efforts to "find peers" in the industry.

"As new rivals such as Google and Apple emerge, we need a group of like-minded peers, in addition to strong technology," Toyoda told a in-house meeting in November.

The spread of new technologies such as electric vehicles and so-called connected cars, as well as ride-hailing services, is behind this urgency. Toyota is spending a record 1.07 trillion yen ($9.53 billion) -- the most among Japanese automakers -- on research and development in the year ending March. But Germany's Volkswagen routinely spends more than the equivalent of 1.5 trillion yen on R&D in a given year. Ride-hailing service Uber Technologies of the U.S. has raised more than $8 billion despite of being an unlisted company, and is investing heavily in such fields as self-driving vehicles. Even for as powerful a corporation as Toyota, covering all bases alone is a challenge.

Teaming up with BMW on core systems for hydrogen fuel-cell vehicles will let the Japanese automaker split the heavy costs of development. The partnership with Suzuki will help Toyota back away from the punishing battle over minivehicles known as kei cars as the Japanese auto market contracts, and instead concentrate resources in growth fields. Suzuki and Toyota unit Daihatsu Motor are two of the leading sellers of kei cars.

Toyota's extensive network will also help the automaker shape standards for emerging automotive technologies -- a role European rivals have often played in the past. With the addition of Suzuki, which makes around 2.9 million autos annually, Toyota and its allies' yearly output will top 18 million vehicles, or around 20% of the global total. The automaker aims to use this scale to compete with tech companies by teaming up with Ford Motor of the U.S. in such areas as software for connecting smartphones with in-car systems.

More broadly, Toyota will work with other automakers toward "achieving a society of future mobility," Toyoda said Monday. According to a Toyota executive, this means focusing on driver-assist technologies to reduce accidents, rather than the automated driving technology some tech companies are shooting for.

The challenge now is spearheading efforts in the environment and IT while maintaining a commitment to the joy of driving. The team boasting 18 million annual sales holds significant sway in the industry.