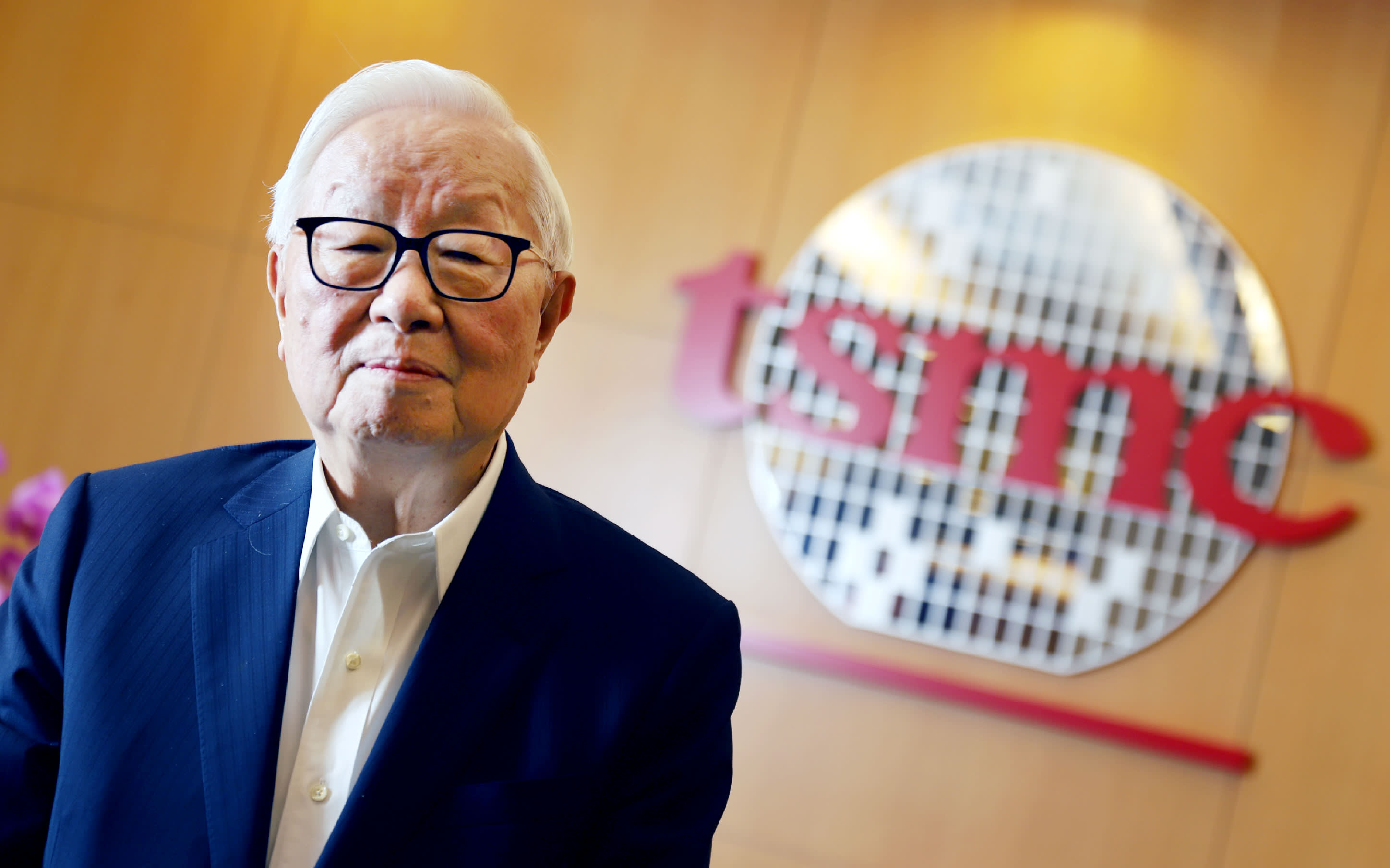 Many technology executives and industry analysts attribute the company's fortunes to Chang, 86 years old, who started the Taiwanese chip maker in 1987, for his vision, long-term outlook, and the unrivaled team of semiconductor experts he has assembled over the decades.

With a doctorate in electrical engineering from Stanford University and executive experience with U.S. chipmaker Texas Instruments, where he worked from 1958 to 1983, Chang was invited by the Taiwanese government in the 1980s to build a world-class chip industry on the island.

Chang was born in the Chinese city of Ningbo in 1931 and moved to as many as six Chinese cities including Hong Kong with his family before age of 18. After studying and working in the U.S., he relocated to Taiwan in 1985.

He is best known for his creation of the chip foundry business, manufacturing chips for other companies, and helping to foster a large number of other semiconductor suppliers in Taiwan. He is widely recognized as the godfather of Taiwan's semiconductor industry, the world's No. 2 after the U.S. by revenue, and a leader of the global chip industry. Before TSMC dominated the industry, technology companies made chips and other components in-house by their own designers.

Chang has a reputation of being astute enough to ensure that his company is producing the most advanced chips -- which serve as the brains to a wide range of electronic devices, such as smartphones and other high-demand consumer gadgets -- to meet market demand.

TSMC controls 56% of the global market for contract chip production and counts about 450 chip designers as its customers, including Qualcomm, Nvidia, Huawei chip subsidiary HiSilicon, and MediaTek, the largest mobile-chip supplier to China.

Chang is responsible for driving TSMC's innovation, without which Apple likely would have found more difficult to deliver its iPhones with the computing power they now boast.

"Without TSMC, smartphones would not have arrived as early as they did," Chang said of the company's past achievements during a press conference to announce his retirement.

Its market capitalization of more than NT$5.8 trillion ($191 billion) has more than quadrupled since mid-2009 -- it surpassed that of U.S. chip manufacturer Intel in March and now rivals that of Toyota Motor, Japan's largest company. The company's revenues and net profits have hit new highs every year since 2012, and it has been the most profitable company in Taiwan since 2004.

Industry observers who follow TSMC said that Chang's shoes will be difficult to fill. "Morris Chang is irreplaceable for his relationships and ability to lead the business," said Randy Abrams, an analyst at Credit Suisse.