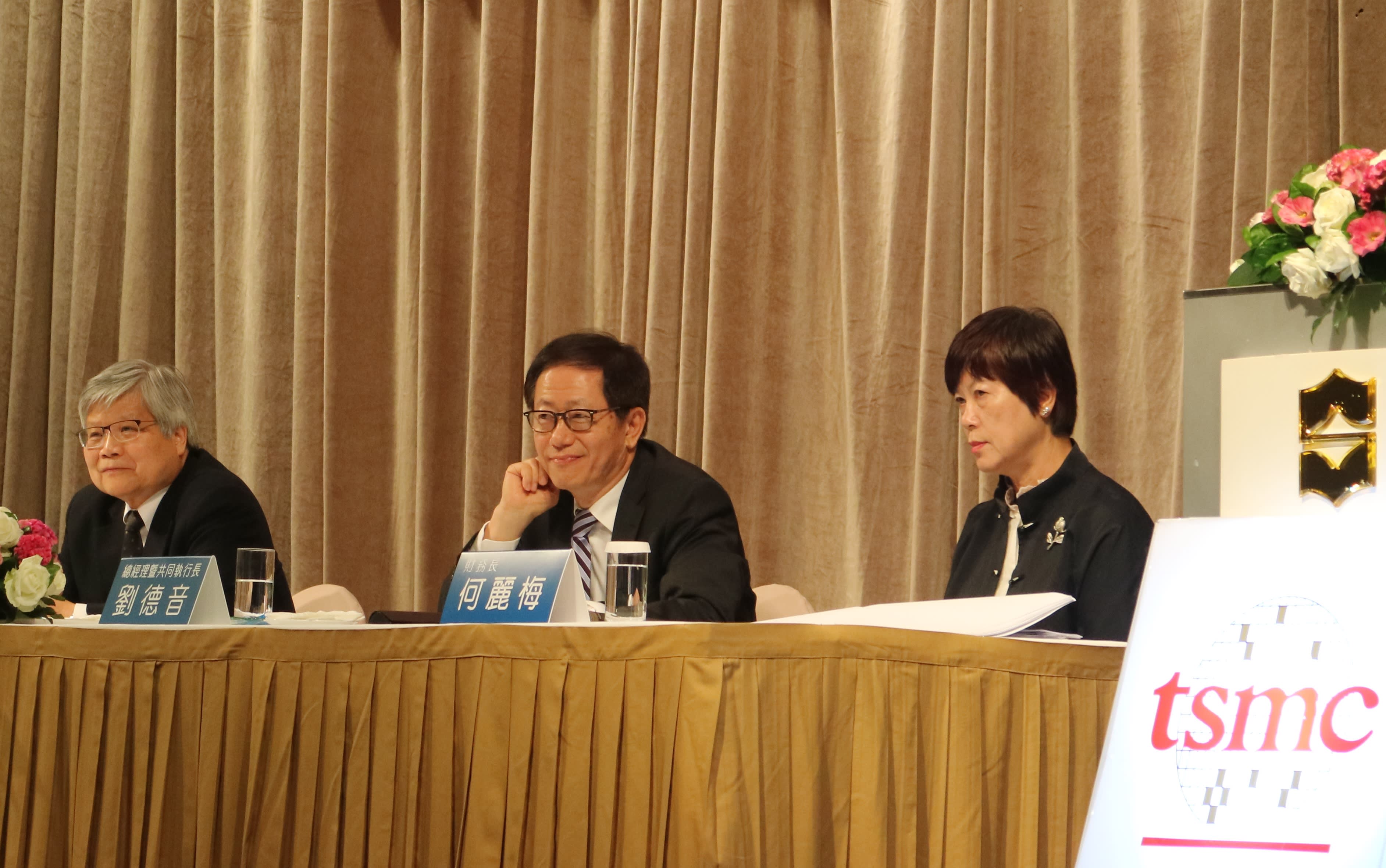 TAIPEI -- Taiwan Semiconductor Manufacturing Co., the world's biggest contract chipmaker, warned on Thursday that it may announce an inventory correction for the last quarter of 2016. However, it expects to generate record revenue for the three months ending in September thanks to shipments of core processors for Apple's new iPhones and strong demand from Chinese customers.

For the current quarter ending in September, TSMC forecast revenue at 254 billion New Taiwan dollars ($7.96 billion) to NT$257 billion, the highest in the company's history, and a 19.5% to 20.9% increase from a year ago.

"The fourth quarter is normally a quarter for inventory adjustment, but the degree of adjustment would depend on market dynamics and sentiment," said Lora Ho, TSMC's senior vice president and chief financial officer.

Ho hinted that some customers including Taiwan's MediaTek, may have placed too many chip orders for mid-to-low-end smartphones amid slowing sales.

Meanwhile, TSMC maintained its forecast to grow 5-10% this year in revenue and operating profit. It reiterated that it will grow at a compound annual growth of the same range over the next five years.

"Smartphones' relative demand will support half of our growth over the next five years," said TSMC's Co-Chief Executive Mark Liu.

High-performance computing areas such as data center chips, and chips for applications in machine learning and artificial intelligence, will account for another quarter of the company's growth in that time frame. Other areas, including autonomous cars and connected devices, will also help the company thrive, according to Liu.

Liu said that this growth model is built on the assumption that no killer applications will emerge in the next five years.

The company's share of smartphone chips, excluding memories, is currently 55%, and it will continue to grow, Liu said.

Meanwhile, TSMC raised its capital expenditure to $9.5 billion to $10.5 billion for 2016, from its previous forecast of $9 billion to $10 billion, as it expects stronger growth in the mobile sector for the year 2017.

"We believe TSMC will enjoy a very good third quarter ending in September," said Mark Li, an analyst at Sanford C. Bernstein. "However, we are not that optimistic about the fourth quarter, as the growth driver for the past few years -- smartphones -- are starting to look like dumb and commoditized devices."

"TSMC will be relatively immune at a time when the whole Apple supply chain likely suffered an annual decline this year, because the chipmaker gains shares from Samsung Electronics in making Apple's core processors and savors the rapid growth from its Chinese customers," said Arisa Liu, an analyst at the Taiwan Institute of Economic Research.

However, we also remain cautious about whether there will be another serious inventory correction at the end of 2016 as happened a year before, depending on global economic fluctuation, according to TIER's Liu.

For the April-June period, TSMC generated NT$221.81 billion, 1.7% more than the top end of its forecast, and grew 8% from a year previously on strong growth momentum of mid-to-low-end smartphones and video games.

The chipmaker's operating profit surged 18.5% to NT$91.32 billion from a year ago and its gross profit margin reached a record high at 51.5%.

Net income decreased 8.7% year-on-year to NT$72.51 billion, but the second quarter of 2015 got a significant boost from one-time gains from the disposal of shares in ASML and Vanguard. Excluding the gains from the sales of the shares, net income actually grew 17% from the same period last year.

Shares of TSMC closed 0.3% higher at NT$169 on Thursday ahead of the earnings report, and have advanced more than 18% so far this year. TSMC reached an all-time high of NT$171 on July 12, to achieve a market capitalization of more than NT$4.43 trillion.