That way, the fast-fashion pioneer insists, will not include Amazon sales 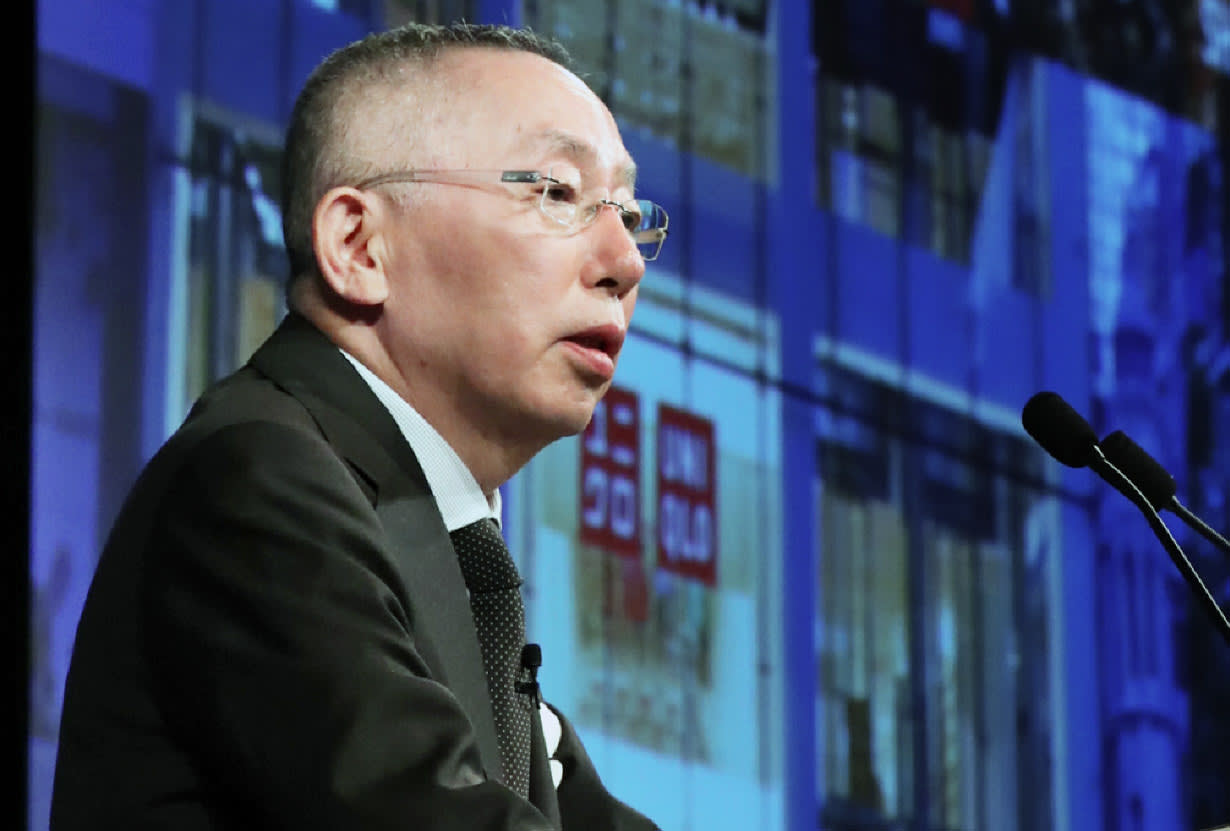 TOKYO -- Universal values can light a path for companies in a world gripped by rapid change, according to Tadashi Yanai, CEO of Uniqlo operator Fast Retailing.

"The world is more global, more digital," Yanai told the Nikkei Global Management Forum in Tokyo on Tuesday. "In such a world, universal values like truth, goodness and beauty will prevail over frameworks like countries or vested interests."

In Yanai's view, the digitized world "lacks a center," and people construct unique lifestyles as they see fit. Uniqlo is ideally positioned to capitalize on this trend, he suggested, because it was the first to "democratize" clothing.

"When you look at the history of clothing, it was originally just to satisfy basic needs," he explained. "Then it became associated with class and occupation. But in Japan, where the middle class was prevalent, there were no stereotypes associated with clothing." This, he said, led to Uniqlo's concept of producing high-quality apparel for all -- regardless of age, sex or ethnicity.

Fast Retailing now has nearly 3,400 stores worldwide, including brands other than Uniqlo. He chalked this success up to the group's approach: producing clothes by anticipating how "how consumers' lives would change."

Yanai vowed to continue with this strategy, harnessing information technology along the way. But he insisted that a relationship with one of the world's biggest IT players -- Amazon.com -- is out of the question.

It is "impossible for a single company to monopolize everything," he said, explaining his steadfast refusal to sell Uniqlo products on the dominant online marketplace. He said it is still possible to compete with Amazon if you have "good products" and expertise.

Yanai sees other ways to use IT to his group's advantage. "Retail, manufacturing, apparel -- these business borders will disappear," the CEO said. The future of existing industries "will hinge upon whether they can, using technology, provide new value. For us, we are trying to change our business so that we become a company that turns information into products."

Yanai offered a vision of instantaneously responding to consumer desires with new products. "This would create a whole new lifestyle," he said.

"It's change or die. The world is changing. We are entering a new dimension of competition. We need to change if we are to survive."