"We will grow our staff from some 800 to close to 1,000 this year, while we will also bolster the use of automation in our production," CHPT President Scott Huang told Nikkei Asian Review in an interview on March 23.

He said that his company is planning to raise capital via the issue of 2 million common shares in the third quarter. CHPT currently has paid-in capital of 308 million New Taiwan dollars ($10.2 million). 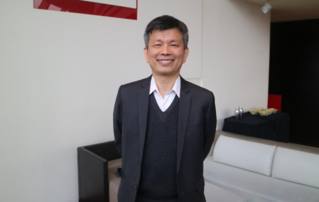 CHPT is a subsidiary of Taiwan's leading telecom operator Chunghwa Telecom, which owns about 40% of the chip company. MediaTek, the largest mobile chip supplier to China, is another key investor in CHPT.

CHPT makes cards that test the quality of wafers, round, silicon discs on which chips are built. Taiwan Semiconductor Manufacturing Co., the world's largest contract chip maker, accounts for close to 50% of its revenue.

CHPT also supplies to other international customers including Nvidia, Qualcomm, and Hisilicon, the chip unit of Chinese tech conglomerate Huawei.