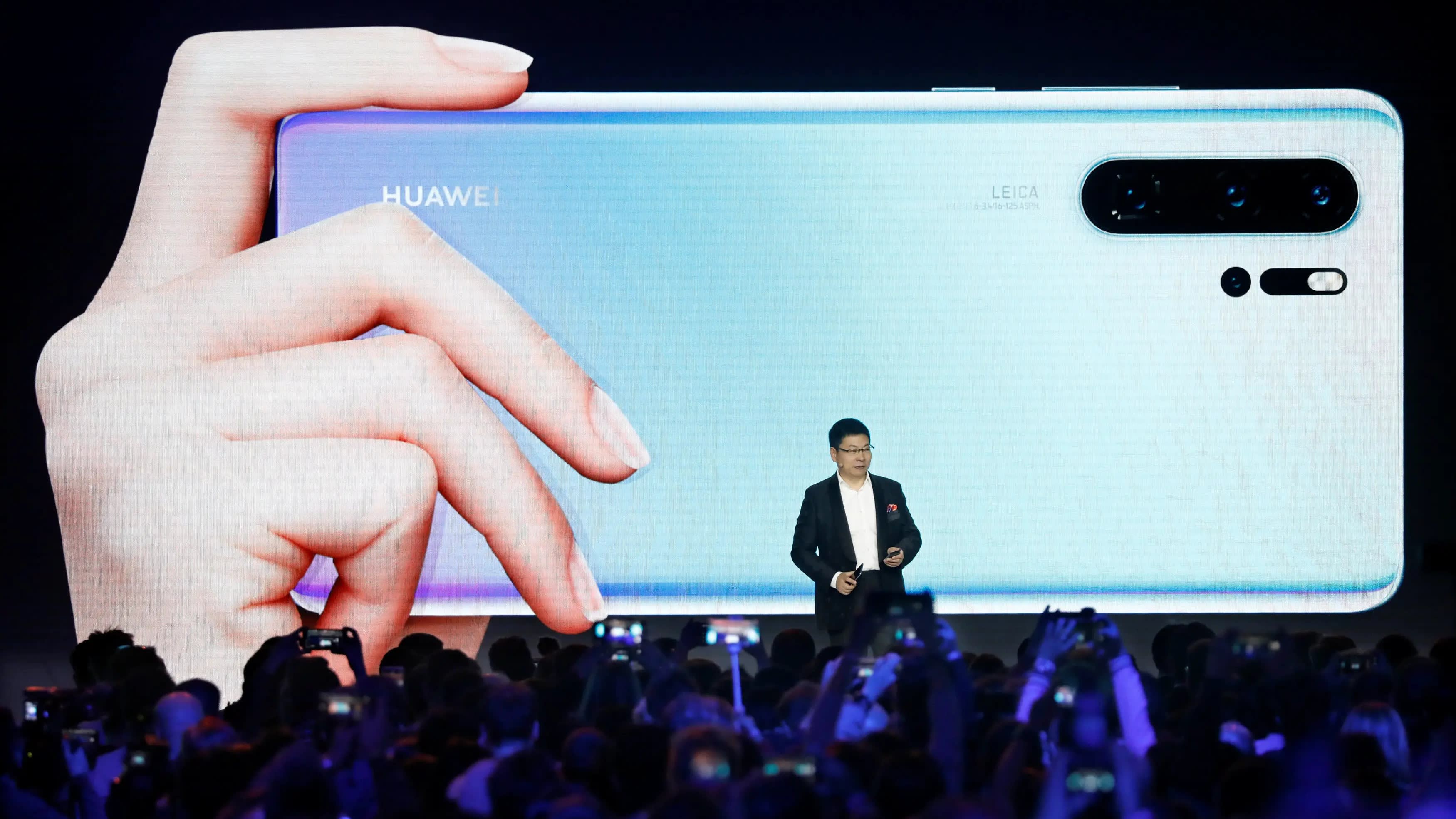 TAIPEI -- Taiwanese electronics manufacturers rebounded in March from the industry's worst monthly revenue in three years, lifted by demand from Huawei Technologies, Oppo, Google, Amazon and other buyers besides Apple.

Total revenue at 19 Taiwanese tech companies tracked by the Nikkei Asian Review as a barometer of global electronics demand advanced 2.32% on the year in March to 915.87 billion New Taiwan dollars ($29.7 billion). This followed a nearly 2.5% decline on the year in February.

Adam Lin, CEO of high-end lens maker Largan Precision, expects orders to pick up in the coming months. The company counts Huawei as a major customer.

"We see April sales [as] better than in March, while revenue in May could still match April's level," Lin said in an earnings conference on Thursday. In March, Largan's sales jumped nearly 25% to NT$3.92 billion from a year ago.

Analysts said Largan's sales rose mainly due to Huawei's new flagship phone as well as the Chinese brand's healthy sales in emerging markets and at home. Largan is also a key supplier of iPhone lenses but has been hit by slumping sales of the Apple device since late last year.

"Huawei's parts orders on the supply chain grew some 45% from a year ago in the January-March period, according to our checks," said Jeff Pu, an analyst at GF Securities. "Huawei is doing very well in China as the U.S. crackdown drives the patriotism of Chinese consumers, and [the company] also delivers high-quality products." Huawei could ship about 265 million smartphones this year and replace Apple as the world's No. 2 manufacturer, according to Pu, who said iPhone shipments are likely to fall below 200 million units in 2019.

The Chinese company ranked as the third-largest smartphone maker last year, closing much of the gap with market leaders Samsung Electronics and Apple.

Other Largan customers, such as Samsung and Chinese brands Oppo and Vivo, have just launched their flagship smartphones or are about to do so. All of them feature more advanced cameras, benefiting Largan's sales in recent months.

Largan is not alone. Sales advanced nearly 11% in March for mobile chip developer MediaTek, which supplies mainly manufacturers other than Apple, including Huawei, Samsung and Oppo.

The top two iPhone assemblers -- Hon Hai Precision Industry, better known as Foxconn, and Pegatron -- also saw improvement, but not from the Apple-related business that has driven their earnings for much of the past decade.

Pegatron's monthly sales rose 8.5% from a year ago. Orders picked up for smart speakers from Google and Amazon along with wearable products such as Fitbit and other connected devices, offsetting the lackluster iPhone demand.

Foxconn's March revenue increased nearly 8% on the year as networking equipment orders by Huawei, Ericsson and Nokia overcame slowing iPhone sales. The Taiwanese company also counts HP, Dell, Amazon, Google and many others as key clients. It benefited from the recent iPad launch and market share gain in making MacBooks.

However, industry executives remain worried about whether the sales boom can last for long.

"We are still concerned about the macroeconomic condition as well as the trade negotiations, and we are really monitoring orders and adjust every week," Largan Chairman Lin En-chou told the Nikkei Asian Review on the sidelines of an industry event Thursday.

Eight of the 19 companies tracked by Nikkei reported monthly revenue declines from a year ago, with five suffering double-digit drops.

Chip manufacturers in the group had their worst slump in three years, with combined revenue retreating nearly 12%. 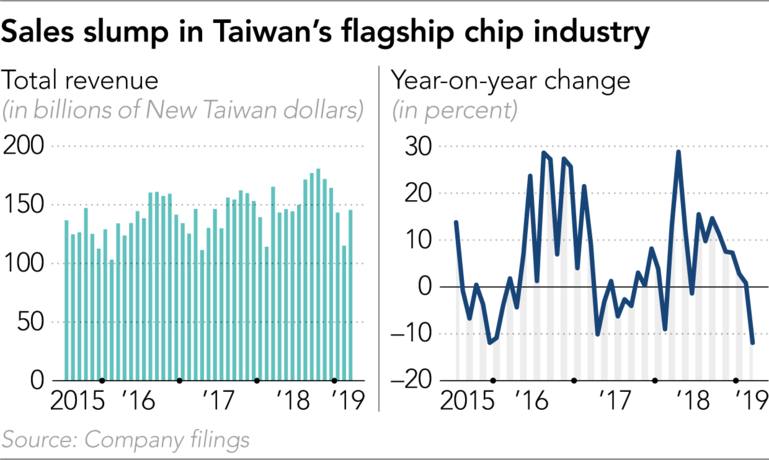 Taiwan Semiconductor Manufacturing Co., the world's biggest contract chipmaker and a supplier to Apple, Huawei, Nvidia and Qualcomm, suffered a 23% drop in March sales from a year ago. Sales for smaller rival United Microelectronics slid nearly 17%.

Taiwan's chip industry overall is still digesting inventories built up last year before a sudden slowdown at the end of 2018.

TSMC Chairman Mark Liu told reporters in late March that his company expected chip demand to improve starting in the April-June period even though 2019 remains full of uncertainties.

"We are seeing this trend that most iPhone suppliers are keen to look beyond their usual biggest revenue contributor to seek growth momentum elsewhere," said Chiu Shih-fang, an analyst at Taiwan Institute of Economic Research. "We do see growth in wireless earphones such as Apple's AirPods, wearable devices, as well as 5G-related networking infrastructures."