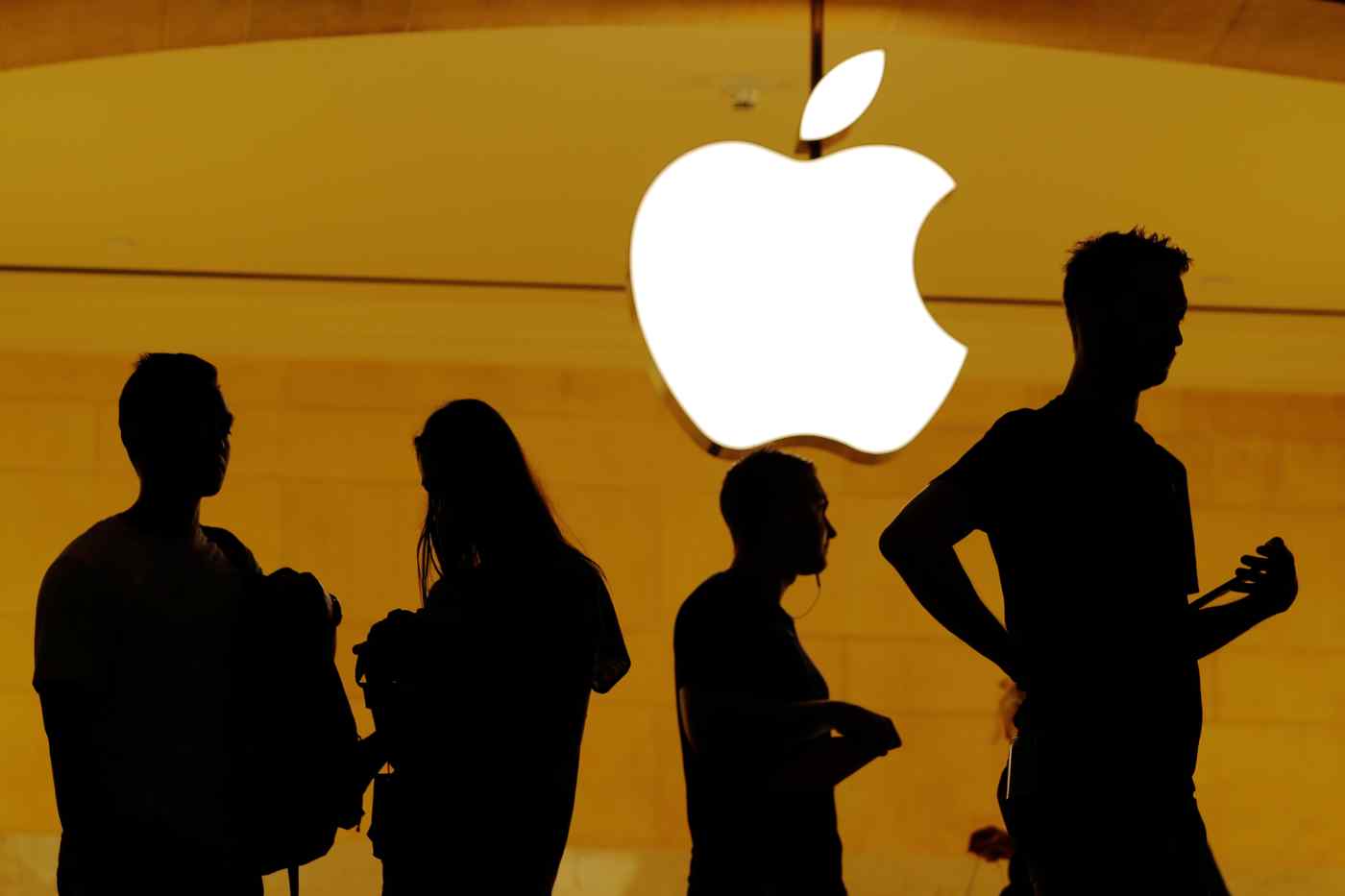 TAIPEI -- Lee Jen-jen, a 60-year-old sales manager at a Taiwanese chemical company, is looking forward to this week's Apple debut event so that she can replace her 5-year-old iPhone 5s, which she bought for $649.

"New iPhone models in the past few years have become too expensive," Lee said. "I heard there is a new economical iPhone model that will come with a bigger screen and some premium features. That's exactly what I want."

As smartphones grow ever more widespread, price-conscious buyers like her are becoming a determining factor in the success of brands and the suppliers behind them.

An updated version of the 5.8-inch OLED model similar to the iPhone X will also be available this year. All three new models will offer facial recognition features that only the iPhone X had last year, as well as an advanced, faster core processor.

"If the price of that budget model is still too high -- like more than $700 -- I have no choice but to go look for a Huawei or Oppo phone instead," Lee told the Nikkei Asian Review.

Jeff Pu, a veteran Apple supply chain analyst at GF Securities in Hong Kong, agreed that the pricing strategy could heavily influence unit shipments for this year's new iPhones as the lineup offers no noteworthy innovations.

Even if Apple hopes to maintain market share in unit shipments by introducing a relatively lower-priced iPhone model, its sale price could be still more expensive than most of the premium phones from Chinese smartphone makers. Huawei’s latest high-end flagship P20 model it unveiled this spring starts at 3,788 yuan ($550), while the company's premium P20 Pro, equipped with the world’s first triple-lens camera, starts at 4,988 yuan. Xiaomi’s latest flagship model, the Mi 8, starts at 2,599 yuan, while the starting price for Oppo’s most premium Find X is 4,999 yuan.

"If the most premium model sells for more than $999 this year while the cost-effective one starts at more than $700. ... That would be too pricey, and we don't expect the demand would be very strong," Pu said. "That's not necessarily bad for Apple as it could still make a lot of money by raising the average sale price, but it could be quite bad for all the suppliers whose lifeline links closely to unit shipments."

Most Apple suppliers enjoyed a revenue boost in August as they prepared the new iPhones. The combined revenue of the nine major Taiwanese Apple suppliers tracked by the Nikkei Asian Review climbed 15.85% on the year and 3.8% on the month to 829.31 billion New Taiwan dollars ($26.9 billion), the highest monthly performance this year.

This growth helped lift aggregate revenue above NT$1 trillion in August for the 19 Taiwanese tech companies monitored by Nikkei, a 12.24% increase on the year and the first monthly tally above that figure in 2018. 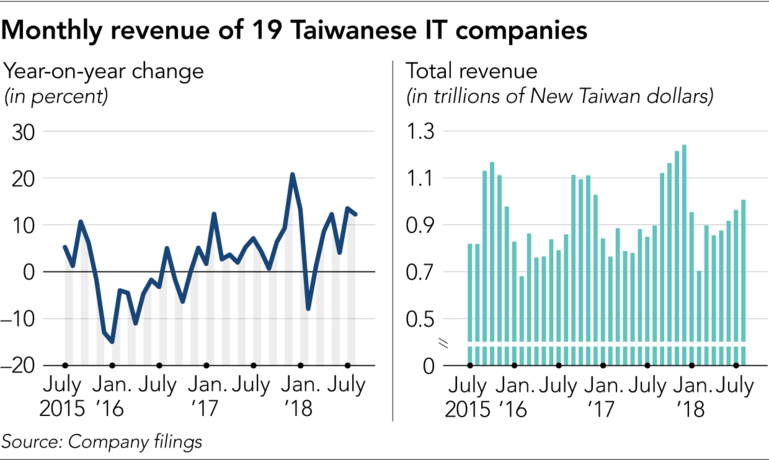 But market watchers question whether this growth can continue for the rest of the year. Growth figures for some companies benefit from last year's relatively low base, as the iPhone X and iPhone 8 range suffered production delays due to quality issues last August. This year brings new headaches such as the escalating trade war and the continued slowdown in the smartphone market, after global sales declined in 2017 for the first time, IDC data shows.

"On the suppliers' side, we forecast that gross margins and operating margins for the upcoming models will be lower than the previous generation due to a lack of iPhone shipment growth," Arthur Liao, an analyst at Taipei-based Fubon Securities, said in a research note. "We think the market slowdown would impact suppliers' factory utilization rate."

"Investors should also take note of the ongoing trade war between China and the U.S., which could impact iPhone sell-through," Liao said.