Revenue of devices makers goes up in May, but chips suppliers fall 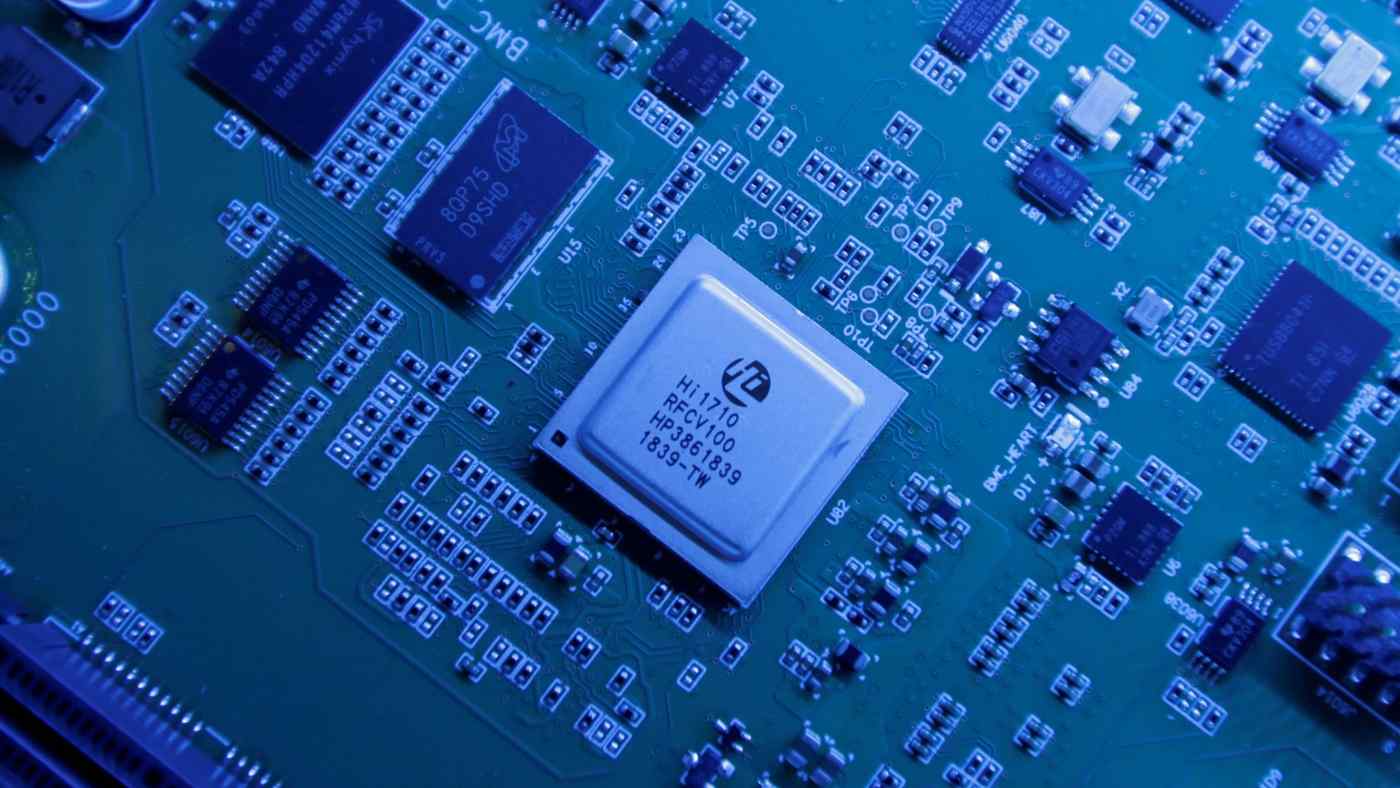 TAIPEI -- Unpredictable trade war developments, Washington's crackdown on Chinese smartphone maker Huawei Technologies and a clouded global economic outlook are making it difficult for tech companies to get their bearings as they head into the second half of the year.

Each month the Nikkei Asian Review tracks the revenue of 19 Taiwanese tech suppliers as a barometer of global electronics demand, as their clients range from hardware giants like Apple and Huawei, to internet companies such as Amazon, Google, and even electric vehicle maker Tesla. Key findings of the month are presented below in an easy-to-digest, graphics-led format. In may, the 19 tech suppliers monitored by Nikkei recorded total revenue of 935.36 billion New Taiwan dollars ($29.72 billion), up 6.25% on the year. That growth -- which is down slightly from the previous month's 7.48% -- was supported eight companies, including iPhone and Huawei smartphone maker Foxconn, MacBook maker Quanta and iPad maker Compal Electronics. The remaining 11 tech suppliers, including Taiwan Semiconductor Manufacturing Co., suffered year-on-year declines.

With the G-20 summit in Osaka is approaching later this month, the tech industry as a whole is waiting to see whether Washington and Beijing will return to the negotiating table to try to resolve their trade dispute -- or whether U.S. President Donald Trump will go ahead with his plan to implement punitive tariffs on $300 billion worth of Chinese goods. The five semiconductor-related companies on the list serve as a forward-looking indicator for electronics demand. All five reported year-on-year declines in monthly revenue in May. Their lackluster sales signal a conservative climate in the tech sector as it braces for a slowing global economy and further uncertainties from the trade war. It is not yet clear whether the poor sales performance reflects the U.S. restriction on supplying American technology to Huawei, or the Chinese company's prior stockpiling of chip inventories to cope with the ban.

Chairman Mark Liu of TSMC, the world’s largest contract chipmaker which counts Apple, Huawei, Qualcomm, Nvidia and most major global chip developers as clients, said the first half of 2019 was very weak and there is still a lot of uncertainty regarding the second half of this year. Liu said on June 5 that he cannot guarantee the company will meet its full-year goal of continuing to grow slightly in 2019.

World Semiconductor Trade Statistics, a flagship chip industry data provider, cut its annual forecast for the global semiconductor market in June, saying it will contract 12.1% to $412 billion this year. Last autumn, it had predicted 2.6% growth for 2019. 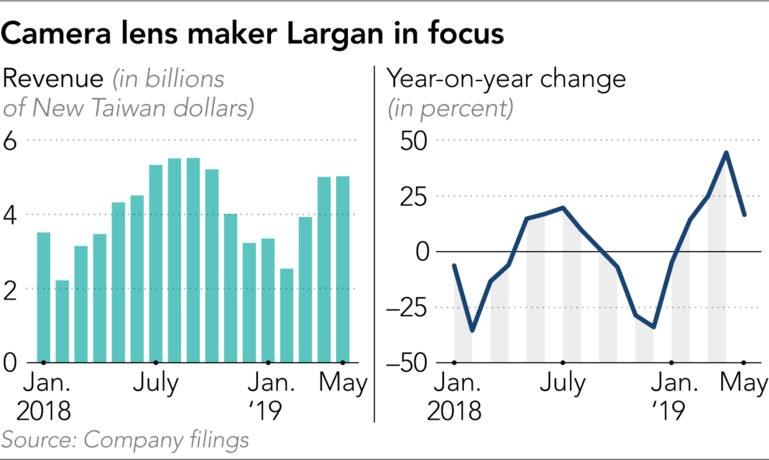 Largan Precision, a key high-end camera lens provider for Apple’s iPhones and Huawei handsets, provides one of the clearest illustrations of the ups and downs facing the smartphone market. Its performance also provides several hints as to what is going on inside two of the world's leading smartphone makers. Last October, Largan became the first company in the supply chain to signal an iPhone downturn when the company saw orders fall and a significant year-over-year decline in monthly sales.

Largan then saw demand pick up quickly in the first few months of 2019 as Huawei stockpiled components to prepare for the U.S. crackdown. However, Largan CEO Adam Lin said his company now expects a "cutback of orders for some models" in June, although he did not specify from which customer. Most observers take that as another confirmation that Huawei is reducing orders within its component supply chain as the U.S. blacklisting starts to impact the world’s second-largest smartphone maker. Lin also said it is extremely difficult to predict what the second half of 2019 will be like given the great number of uncertainties.