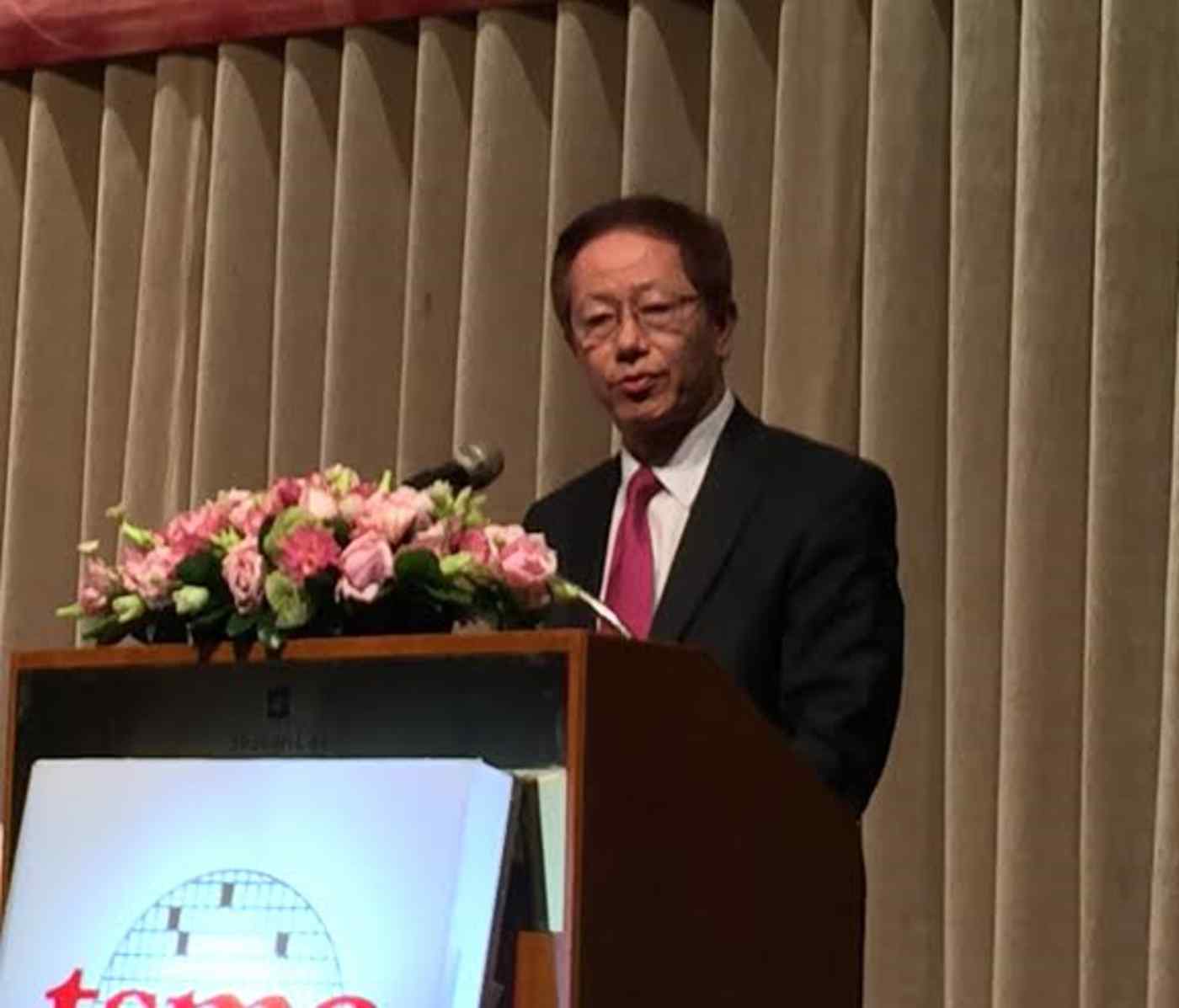 TAIPEI -- Apple's sales decline is pushing its Taiwanese suppliers into a downward spiral with no end in sight. This year could also see the first annual decline in corporate revenues across Taiwan's tech sector since the second half of 2008 in the throes of the global financial crisis.

The U.S. tech titan Apple posted its first quarterly revenue decline in 13 years in the three months to end-March. In that period, 15 out of 19 Taiwanese major tech firms selected in the Nikkei Asian Review's "Asia 300 companies to watch" list posted a year-on-year drop in revenues.

The downturn extended into April with the monthly sales of almost all Taiwanese major tech players on Nikkei Asian Review's watch list down from a year ago. More than 60% of the monitored Taiwanese companies across sectors such as semiconductor, contract manufacturing, display and other electronic components reported a double-digit fall in revenue, in one case plunging as much as 57%.

"The current slump in Taiwan's tech sector is mostly caused by external factors, especially the global economic slowdown and a weakening demand for high-end smartphones," said Gordon Sun, an economist and director at the Taiwan Institute of Economic Research.

Apple's suppliers in Taiwan are the main losers. Most of them enjoyed explosive growth over the last six years, thanks to iPhone's success. However, sales of nine major Taiwanese suppliers to Apple fell an average of 7% year-over-year in the January-March period, a stark contrast to an average 17% rise a year ago.

Largan Precision, a key high-end camera module supplier for Apple's iPhone, reported its first year-on-year decline in revenue in three years in the last quarter of 2015. The company has suffered a revenue fall for five months in a row since last December.

Adam Lin, chief executive of Largan, attributed the dip to a "significant scale-back of orders from a major customer."

Catcher Technology, a big Apple metal casing provider, in the first quarter posted its first year-on-year slump in revenue since the end of 2012. The company's revenue also fell for three consecutive months since February at the beginning of this year.

"We would see a year-over-year decline in revenue for the first half of 2016," said Chairman and Chief Executive Allen Horng of Catcher. "The market is still filled with uncertainties."

Pegatron, key iPhone assembler, was hit badly by Apple's weak sales as 70% of the Taiwanese company's revenue came from making products for the U.S. tech titan.

Chief Executive Jason Cheng said that he expected sales to bottom out this quarter, but that the company was unlikely to enjoy the same robust growth as 2015. For full-year 2015, Pegatron posted a record revenue of 1.2 trillion New Taiwan dollars ($36 billion).

"People are still very cautious in the industry -- our customers are still being cautious when restocking their inventory," Mark Liu, co-chief executive of TSMC, said in April and had then projected a weak current quarter.

Taiwan Institute of Economic Research said that softening global demand for smartphones is driving companies to cut prices instead of innovating for growth. Smaller players such as Huawei are benefiting in this environment.

Other analysts said that iPhone 7 lacked special features to distinguish it from iPhone 6. "We all know that the first half is terrible. We are not very optimistic about the second half either and we doubt whether Apple's new iPhone 7 can become a hit," said Arthur Liao, an analyst at Fubon Securities.

The other drag on Taiwan's tech industry is the cutthroat competition in the display sector. Two major Taiwanese panel suppliers Innolux and AU Optronics have been hit by weak global demand and a supply glut caused by Chinese rival BOE Technology Group.

BOE replaced Innolux in February as the world's third largest supplier of TV panels, after LG Display and Samsung Display, according to Hu Chia-jung, an analyst at research firm WitsView.

"2016 is likely to be a very challenging year," said Innolux's President Wang Jyh-Chau.

Another Taiwanese victim squeezed by China's advancing tech industry is smartphone maker HTC. For the past four years since the last quarter of 2011, the embattled company's revenue had dwindled for 14 out of 16 quarters.

For the three-month period ended in March, HTC lost NT$2.6 billion, or NT$3.16 per share, on revenue of NT$14.8 billion, down 64.33% year-over-year. It is the fourth consecutive quarter the Taiwanese company lost money. Furthermore, HTC revenue fell more than 57% in April from a year ago.

The chip industry, the world's second largest by revenue after the U.S., was once a driver for Taiwan's economic growth, but now faced turbulence amid sluggish demand for electronic gadgets.

The robust chip sector posted its first year-on-year drop in revenue in the last quarter of 2015. Before that, the top four Taiwanese chip companies -- TSMC, MediaTek, Advanced Semiconductor Engineering and United Microelectronics Corporation -- together reported revenue growth for 14 consecutive quarters.

Seeking growth, most Taiwanese chipmaker and chip assemblers have now turned to China, although Beijing is keen to develop its own chip industry and has pledged to invest as much as 1.2 trillion yuan in the sector over a decade.

TSMC is trying to gain access to China's market by spending $3 billion to build its first 12-inch facility in Nanjing. The factory is scheduled to begin mass production in the second half of 2018. 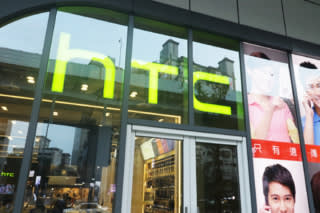 HTC and others in the industry were shaken up by Apple's announcement. (Photo by Keiichiro Asahara)

"China's chip designers are springing up like mushrooms, while other rivals around the globe are slowing down," said Mark Li, an analyst at asset management company Sanford C. Bernstein, "These Chinese players would be TSMC's most significant growth driving force in the next few years."

MediaTek, the largest mobile chip provider to China, has savored robust growth from its Chinese customers such as Huawei and OPPO.

For the January-March quarter, MediaTek generated revenues of NT$55.9 billion, surging 17.6% year-over-year. Its April's revenue advanced 52.32% from a year-ago period, which made MediaTek the best performer on Nikkei's watch list.

However, MediaTek's net profit for the three months ended March plunged 38.3% to NT$4.47 billion due to an ongoing price war with Qualcomm of the U.S. and Spreadtrum Communications of China. MediaTek said that gross margin for the current quarter would fall to its lowest level in a decade, at around 33.5%--36.5%, from 45.9% a year ago.