Takashimaya, others fight for piece of Japan's tourist spending recovery 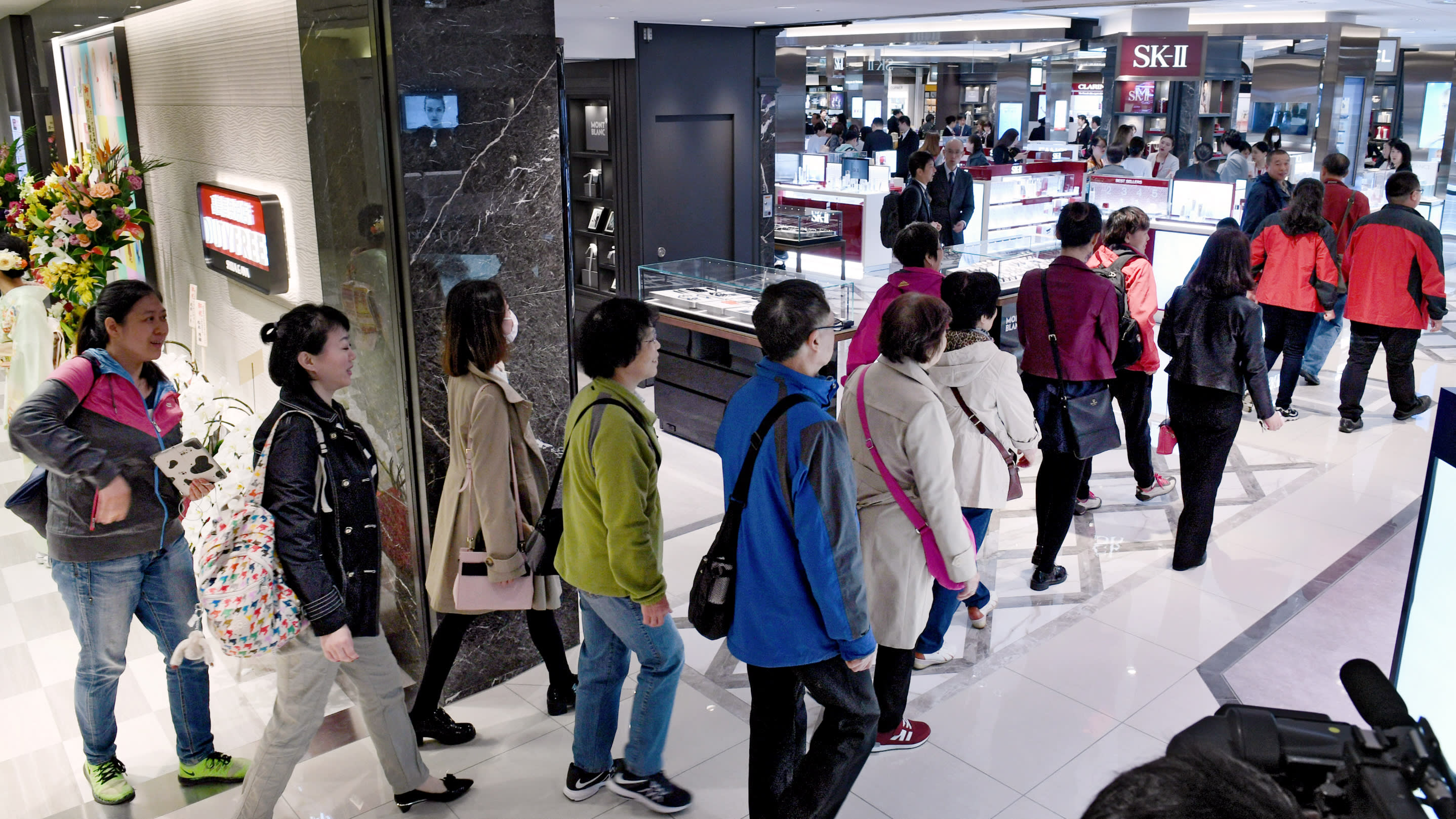 TOKYO -- A rebound in spending by foreign visitors to Japan has started to lift retailers' earnings.

Department store operator Takashimaya, which released March-May results Monday ahead of others in the sector, logged a 5% year-on-year gain in operating profit to 8 billion yen ($71.6 million) -- the highest first-quarter reading since 2007.

A 52% jump in tax-free sales, to 12.6 billion yen, helped lift the company's overall sales by 3%, accounting for about two-thirds of the increase. "We have gotten a solid grip on demand from inbound visitors," said Managing Director Yoshio Murata.

For about a year, foreign tourist spending was sluggish. Now, it is once again becoming a growth engine. But unlike before, when shopping sprees by mostly Chinese visitors benefited retailers broadly, competition has intensified.

Tax-free sales at department stores across the country have risen on the year for six straight months since December, according the Japan Department Stores Association. But the average increase for the March-May period was around 30%, so Takashimaya's 50%-plus rise far surpasses the industry-wide performance.

The Osaka-based retailer has taken various steps to capture more tourist money, and it got off to an early start. Last year, Takashimaya teamed up with the Chinese online travel agency Ctrip and Japanese wireless carrier NTT Docomo to distribute coupons and event information on smartphones.

In February 2016, it added Alibaba Group Holding's Alipay as a payment option. And this April, Takashimaya opened an airport-style duty-free store in Tokyo's Shinjuku district. Shoppers there include travelers using a nearby bus terminal.

A woman in her 50s from Beijing was shopping on opening day. She said she expected high quality from Japanese goods, and was pleased with the "low prices."

That Takashimaya has flagship stores in the Osaka area, as well as in Tokyo, has also helped, enabling it to capture spending in both tourist magnets. Tax-free sales at Osaka-based Hankyu Hanshin Holdings and J. Front Retailing's Daimaru Matsuzakaya Department Stores, which also has a big presence in the area, jumped around 50% in May.

Alipay is becoming ubiquitous at Japanese department stores, so operators are trying new measures to attract Chinese shoppers. Daimaru Matsuzakaya, for instance, issues special reward cards to customers who spend at least 1 million yen per year. Perks include not having to wait to fill out tax-exemption paperwork.

Tax-free store operator Laox will open an outlet in a shopping mall next to a hotel in Chiba Prefecture near Tokyo this weekend -- underscoring escalating competition across different retail segments. Capturing the resurgent demand from foreign shoppers requires constant effort and staying on the offensive. Revving up this engine will not be easy, but retailers' efforts may stimulate consumption and lift spending overall.