Taking the work out of housework for Japan's busy families TOKYO -- For many of the growing ranks of double-income households in Japan, there never seems to be enough time in the day for cooking, and businesses are eager to offer quick solutions.

Food producers are ramping up their output of ready-to-eat rice, which is increasingly becoming a staple in the Japanese kitchen. Toyo Suisan Kaisha will invest around 9 billion yen ($81.3 million) to set up production lines for microwavable rice at a Fukushima Prefecture subsidiary's plant. The facility is to come online in the summer of 2019, boosting the parent company's production capacity for precooked rice by 50%.

Sato Foods Industries is enjoying double-digit growth in sales of heat-and-eat rice and is upgrading the capacity of its factory in Niigata Prefecture. Similarly, TableMark opened a production line at its Niigata plant last year, raising its capacity for microwavable rice by 30%.

Frozen food is also increasingly served at the dinner table at busy households. Capitalizing on this trend, Nichirei Foods, a Nichirei group company, launched last year a line of side dishes designed to be served with supper, such as stuffed peppers.

Meal kit delivery services are catching on as well. Vegetable delivery company Radishbo-ya debuted in March sets containing ingredients for two side dishes and a soup that it says can be ready in just 10 minutes. Oisix reports its meal kit sales are increasing. All these companies are intensely competing with grocery stores, which are bolstering their lineups of prepared foods as well. 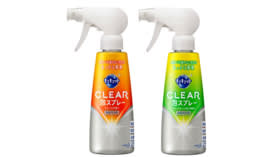 Not surprisingly, household products that are designed to save time are also enjoying brisk demand. A spray dish detergent that Kao released last October has been a big hit, as all users have to do is spray the product on dirty dishes and rinse them. Sales for the first six months reached 4.2 million units, twice as many as the initial target.

Women in Japan are increasingly remaining in or returning to the workforce at a time when businesses are experiencing chronic labor shortages. Dual-earning households totaled 11.29 million in 2016, up 14% from five years earlier, according to the Japan Institute for Labor Policy and Training, a government-affiliated body.

Women on the run are also eager to save time on makeup, lifting sales of all-in-one skin care products that contain ingredients for multiple products such as lotions and moisturizers. Chifure's all-in-one, released in 2013, is a hot item among 20- and 30-something working women, with shipments growing roughly 30% in fiscal 2016.