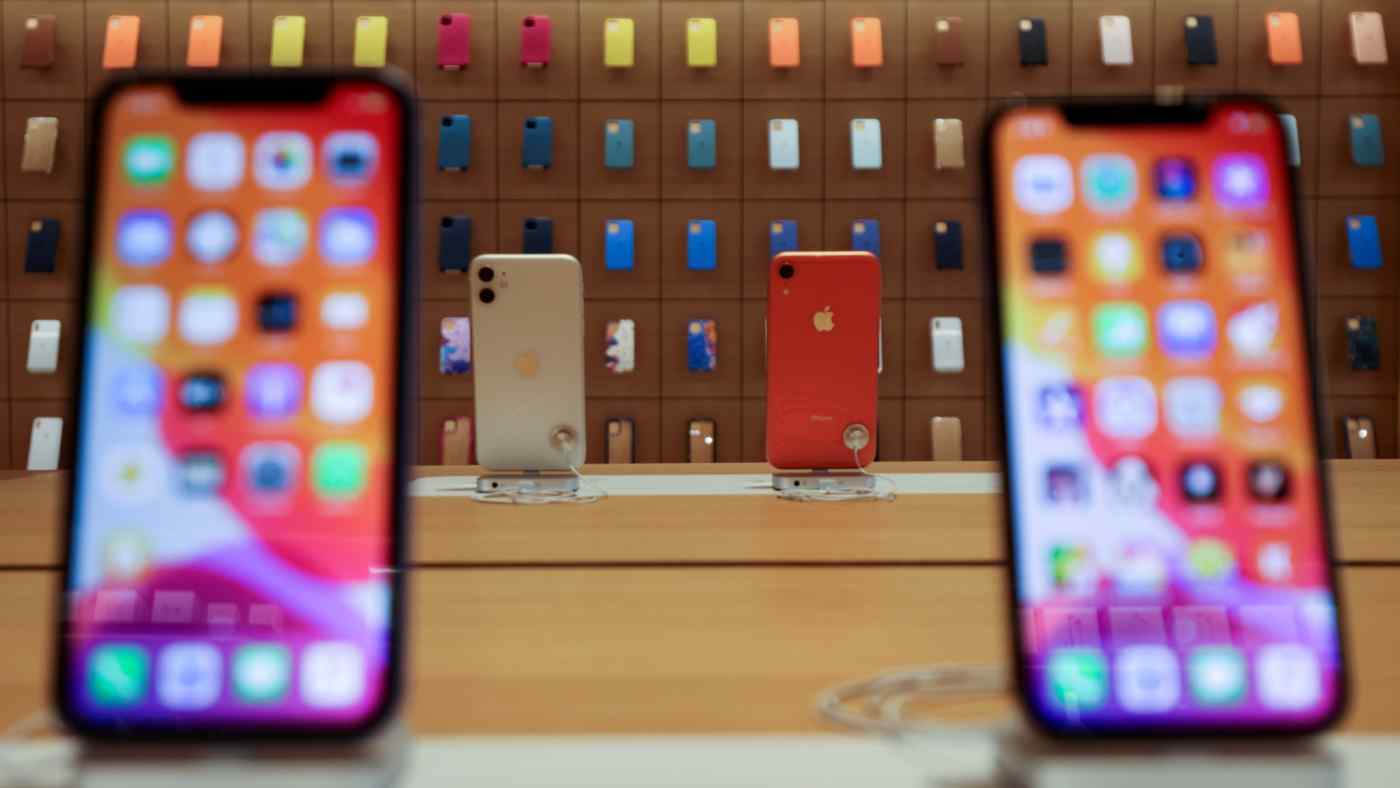 TOKYO -- The chip shortage that has disrupted car and electronics production worldwide looks increasingly likely to last into next year, industry watchers say, with Apple revealing this week that it expects the supply troubles to spread to iPhones.

The year started off with a deep freeze and resulting power outages across Texas that paralyzed semiconductor plants in the U.S. state. A fire that later broke out at Renesas Electronics' Naka factory in Japan delivered another blow to the supply chain.

Although the affected plants have mostly recovered from those adversities, expectations that chip supplies would return to normal by the end of the year have dimmed -- a prospect that affects production plans in industries from autos to electronics.

"We expect supply constraints during the September quarter to be greater than what we experienced during the June quarter," Apple Chief Financial Officer Luca Maestri said during an earnings call Tuesday. "The constraints will primarily impact iPhone and iPad."

Major Japanese automakers had believed the semiconductor shortfall would be on the road to recovery as early as this summer.

But "every company is planning to make up for lost production in the second half, and orders for semiconductors have accumulated," an executive at a major Japanese car company said.

The global market for semiconductor devices stood at $440.3 billion last year, according to the World Semiconductor Trade Statistics, up by nearly 50% from a decade earlier. Demand for chips is being driven mainly by the spread of electrified, connected cars and appliances as well as the rollout of 5G telecommunications.

Pandemic-driven buying of video games and personal computers for stay-at-home consumers added to the pressure on supplies. The market is forecast to expand by 10-20% a year in 2021 and 2022, which would set new records.

In recent years, chipmakers have prioritized developing cutting-edge production technology over expanding capacity. Global capacity was at a virtual standstill between 2017 and 2019, according to British analytics firm Omdia. It started to grow again in 2020, but not quickly enough to catch up to demand.

The chip shortage is especially pronounced in older-generation chips used in vehicles. The automotive industry was the first to experience the impact of supply constraints late last year.

Production cuts remain a fact of life in the auto sector. Toyota Motor, for one, plans to halt a line at the Takaoka plant in Aichi Prefecture for five days next month.

Chip companies have begun to shift more output to automakers, but that has had a ripple effect on buyers in other industries.

"If anything, the constraints in supplies of chips for industrial equipment have only become stronger," said Akira Minamikawa at Omdia.

Meanwhile, Apple is having trouble procuring older, so-called "legacy node" chips that accompany its cutting-edge processors. The U.S. tech giant said it lost out on nearly $3 billion in sales during the April-June quarter, owing to missed production targets in Macs and iPads. It expects the trouble to spread to iPhones in the current quarter.

Chipmakers are scrambling to ramp up production. Sales of chipmaking equipment are estimated at more than $101.3 billion next year, according to global industry association SEMI, up 33% from a prediction made at the end of 2020. That would mark a third straight record year.

Even so, Intel CEO Pat Gelsinger has warned that it will be "a year or two" before chip supplies return to normal. The situation has reached a point where semiconductors used in chipmaking equipment itself may be in short supply.

Worsening the problem is the number of buyers that have responded to the shortage by sending out overlapping orders to multiple suppliers.

"We have no choice but to refuse to fill orders to the extent that customers want," said an executive at a semiconductor manufacturer. "Buyers anticipating that order more than they need."

Not only is the actual demand difficult to pin down, but chipmakers also face the prospect of stay-at-home demand winding down as economies open up. The highly cyclical chip industry is notorious for market downturns that occur after companies commit to enormous investments.