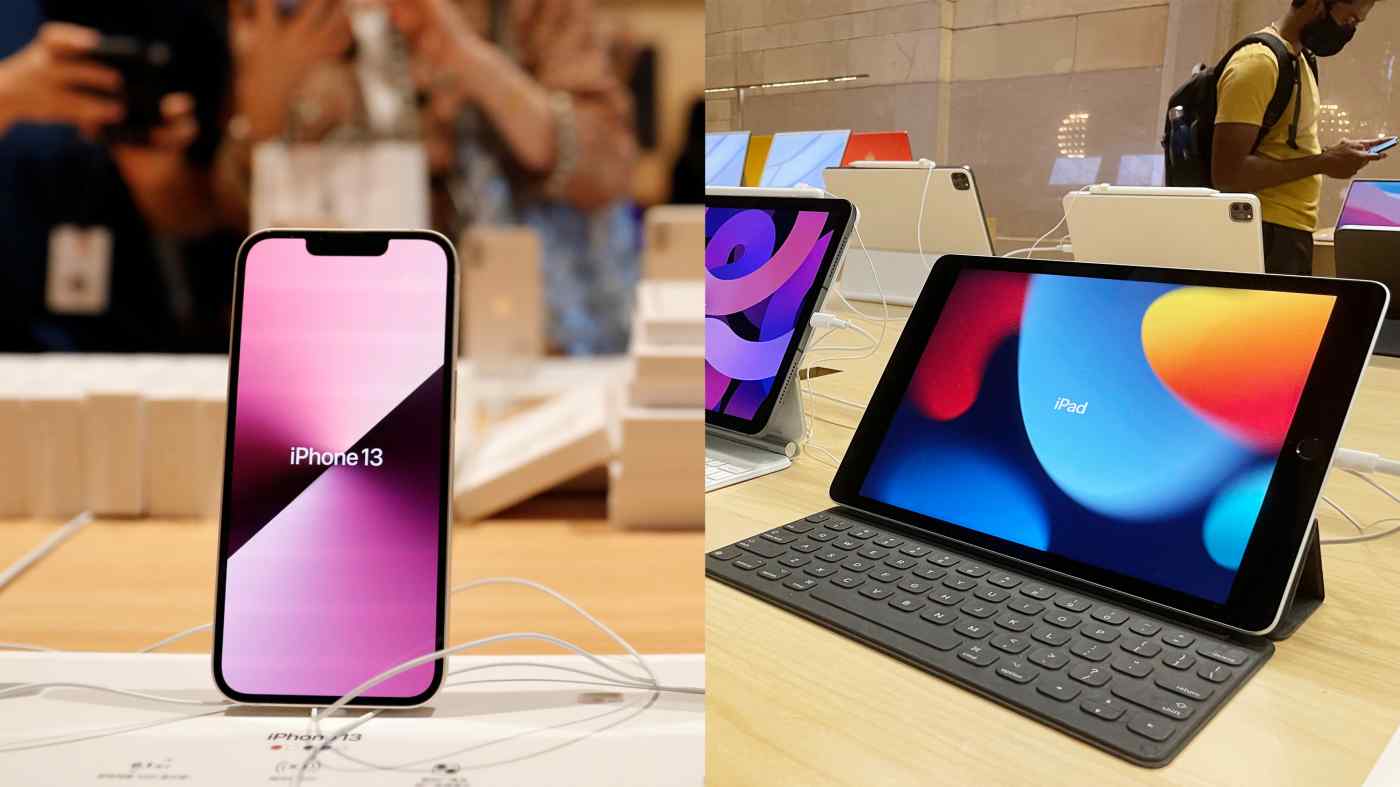 The iPad and iPhone have a number of components in common, allowing Apple to shift supplies between devices. (Source photos by Reuters and AP)
CHENG TING-FANG and LAULY LI, Nikkei staff writersNovember 2, 2021 12:03 JST | U.S.
CopyCopied

TAIPEI -- Apple has cut back sharply on iPad production to allocate more components to the iPhone 13, multiple sources told Nikkei Asia, a sign the global chip supply crunch is hitting the company even harder than it previously indicated.

Production of the iPad was down 50% from Apple's original plans for the past two months, sources briefed on the matter said, adding that parts intended for older iPhones were also being moved to the iPhone 13.