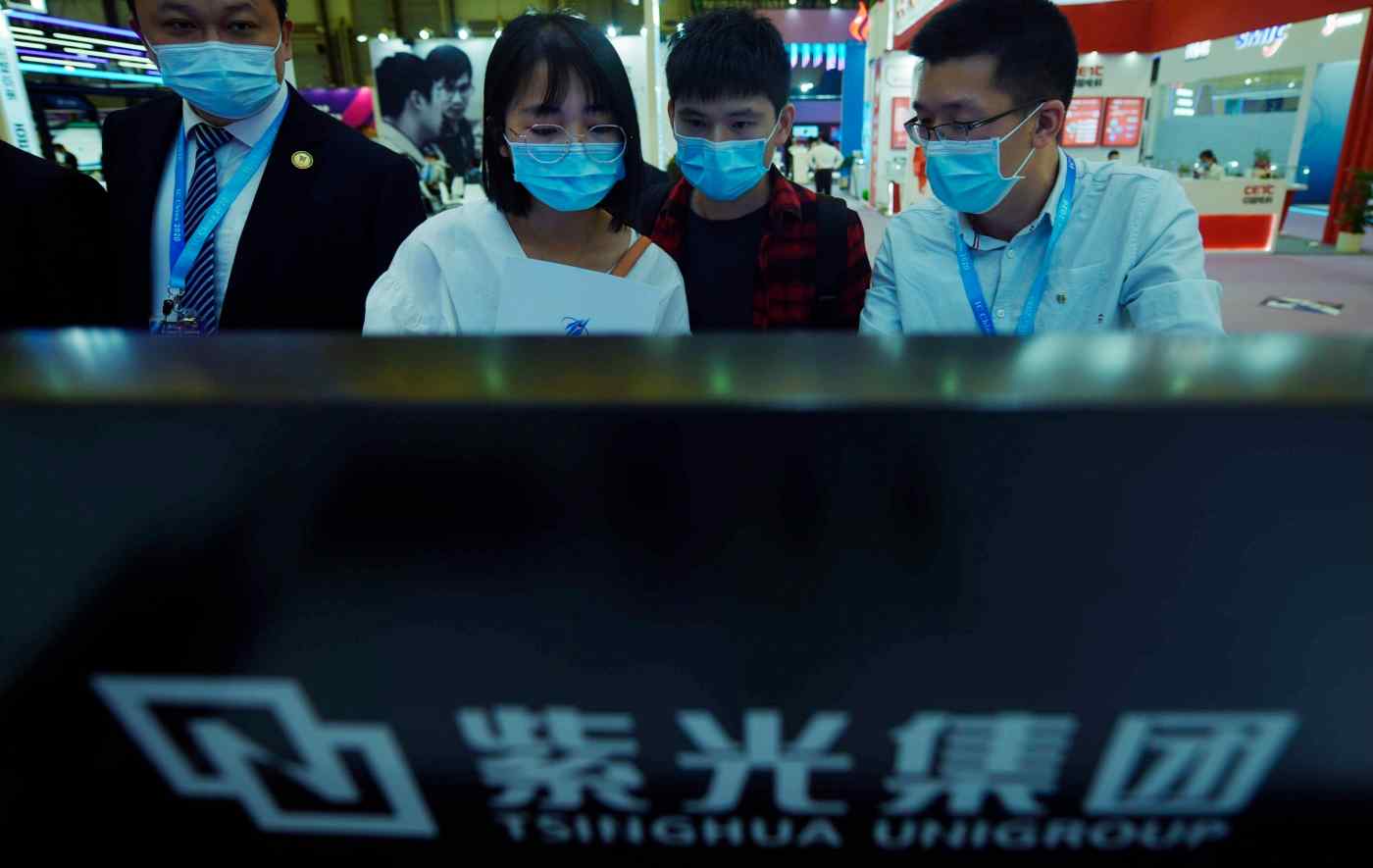 TAIPEI/HONG KONG -- Embattled Chinese tech flagship Tsinghua Unigroup confirmed Friday that one of its creditors has asked a court to begin bankruptcy proceedings for the group, in the latest setback to China's goal of building a self-reliant semiconductor industry.

State-backed Tsinghua Unigroup -- the parent company of many chipmakers, including China's No. 2 mobile chip developer UNISOC -- said it had received a notice from the First Intermediate People's Court of Beijing Municipality. A creditor has requested the court to support the bankruptcy protection for the conglomerate, saying the group has failed to repay debt.

"Our group will fully cooperate with the court to conduct a judicial investigation and proactively to solve debt risks," Tsinghua Unigroup said in a statement to Nikkei Asia. "We support the court to protect the creditor's legal rights in compliance with the laws."

The creditor is the Hong Kong-listed Huishang Bank, a midsize state-owned bank based in Anhui Province, according to public filings on Chinese business data platform Qichacha and a Shenzhen-listed subsidiary. The bank did not respond to a request for comment as of publication. 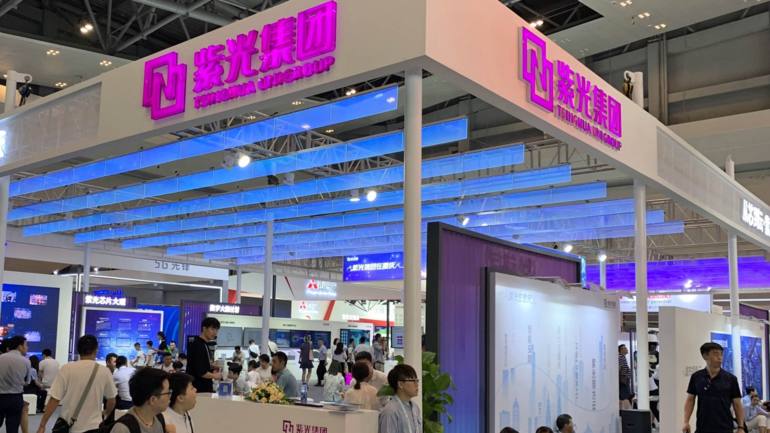 A Tsinghua Unigroup booth at an industry event: The group is the parent of chipmakers that seek to rival global leaders like Samsung Electronics and Qualcomm. (Photo by Shunsuke Tabeta)

Tsinghua Unigroup for years enjoyed support from the central and local governments as it pursued Beijing's ambitions of creating a domestic semiconductor industry -- a crucial part of the country's "Made in China 2025" industrial initiative.

The group has nurtured a national memory chipmaking champion -- Yangtze Memory Technologies -- that aims to challenge market leaders like Samsung and Micron. Its mobile chip design unit UNISOC aims to compete with Qualcomm of the U.S. and MediaTek of Taiwan.

Debt has fueled the group's plans to build up its chipmaking capacity. Two high-profile projects in China led by Tsinghua -- a huge 3D NAND flash memory factory in Chengdu with total investment of up to 200 billion yuan ($30.8 billion) and a DRAM memory chip factory in Chongqing -- have hit significant delays and may be scrapped, Nikkei Asia first reported.

The company is looking to sell part of its stake in UNISOC in a move to raise cash.

Tsinghua Unigroup by the start of the year had either defaulted or had cross-defaults triggered on seven onshore and offshore bonds worth about $3.6 billion, according to Refinitiv.

Tsinghua Unigroup said a court-led restructuring would not affect the company's legal entity status or its production and other operations. The group also downplayed the impact on its subsidiaries' business.

The group has a complex web of shareholder interests, including state-owned companies and a government fund. A source said: "Semiconductors are a priority for China's government. Tsinghua Group itself may undergo a court-led restructuring, but any effect on how group companies are run would be limited."

The company's two listed subsidiaries of Unigroup Guoxin Microelectronics, a security chip developer, and Unisplendour Corporation, which provides cloud-computing infrastructure, reported year-on-year revenue growth of 50% and 30%, respectively, in the first quarter of 2021, according to Tsinghua Unigroup.

"The operation of the group's other subsidiaries are also performing steadily and positively," the group said.

The two listed units noted in stock exchange filings in Shenzhen that in the event of a restructuring of a key stakeholder, their "shareholder structure could change in the future."