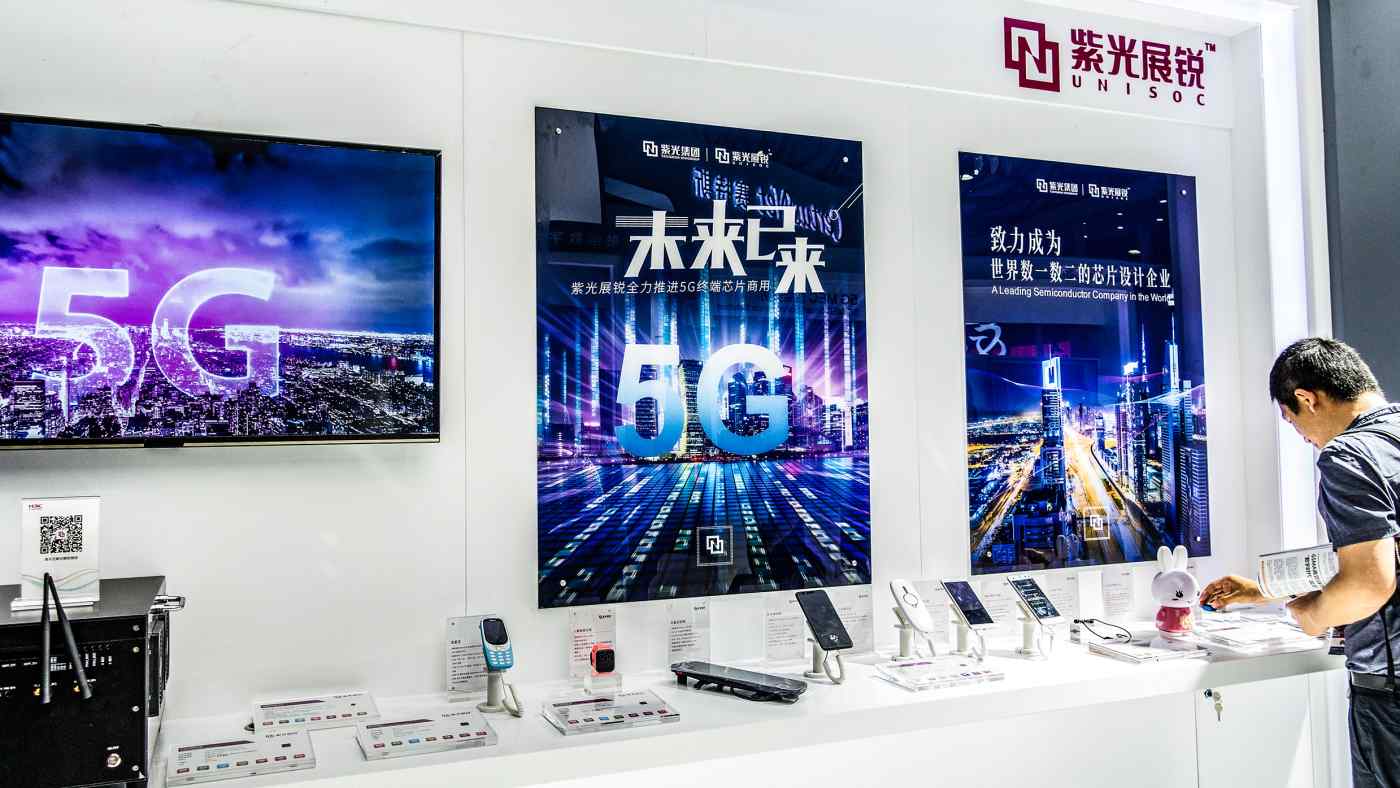 TAIPEI/HONG KONG -- China's No. 2 mobile chip developer Unisoc is searching for new anchor investors at a high valuation as it tries to distance itself from its troubled parent Tsinghua Unigroup and pave the way for a long-awaited initial public offering.

Unisoc is hoping to find buyers willing to pay 20 billion yuan ($3.1 billion) for Tsinghua's 35.2% stake, according to three people familiar with the discussions. Tsinghua is under pressure to sell after missing a string of bond repayments since last November.

The chip company is meeting potential investors and attempting to assure them of its own financial soundness, according to the sources, who declined to be named as talks are private.

But some potential investors are balking at Unisoc's proposal, which would give the company a valuation of 55 billion yuan, according to three people.

Some potential buyers and existing stakeholders -- including a Shanghai-government linked fund -- value Unisoc at a little over 30 billion yuan, according to two people.

Unisoc is keen to arrange a sale to distance itself from Tsinghua. A high valuation would also help bolster its prospects when it revives plans for an initial public offering and would also help Tsinghua Unigroup alleviate its financial woes

Unisoc is touting the role it can play in meeting growing demand for semiconductors in China at a time when the government is striving to boost the country's self-sufficiency in chips. Some potential buyers, however, are flagging negatives, such as competition and a "brain drain" at Unisoc.

Despite disagreement over valuation, however, talks are still ongoing and hopes are high for a compromise, according to two sources.

They added that Unisoc has also indicated it will begin preparing for an IPO, after delaying plans to go public multiple times since 2018.

The meetings with existing investors came last week after Beijing-backed Tsinghua Unigroup said on July 9 that one of its creditors asked a court to proceed with restructuring under bankruptcy, as it failed to repay debts, according to people familiar with the matter.

Unisoc said in a WeChat post on July 12 that the company did not share a management team or have business relations with Tsinghua Unigroup, and the tech conglomerate was not involved in the chip developer's daily operations.

In an attempt to further downplay Tsinghua's financial woes, Unisoc said in another WeChat post on Thursday that its own revenue in the first half of this year surged 240% on year.

"The meeting is mainly to tell existing stakeholders that the business operation is well on track -- despite Tsinghua Unigroup's debt crisis -- and assure existing investors that it will still aim for a public listing as soon as this year," one of the people with knowledge told Nikkei Asia. "They want to make clear to us that we are in the same boat."

Most of Tsinghua's other subsidiaries and affiliates are also looking to sever or at least reduce their connection to their troubled parent. These include Yangtze Memory Technologies, China's most promising memory chipmaker, as well as listed companies Unigroup Guoxin Microelectronics, a security chip developer, and Unisplendour, which provides cloud-computing infrastructure. All are open to a sale that would give them more independence from Tsinghua, people familiar with the matter said.

With more than 5,000 employees, Unisoc was once viewed as China's most likely challenger to global mobile chip giants Qualcomm of the U.S. and MediaTek of Taiwan. But in recent years it has suffered an employee exodus and multiple management reshuffles. It is also facing rising domestic competition from ASR Microelectronics, which was founded by Unisoc co-founder Vicent Tai in 2015.

Unisoc declined to comment on whether it is meeting new and existing investors and its expected valuation. Tsinghua Unigroup said it had no comment.

The chipmaker did not disclose its revenue after 2016 when it said its annual revenue was about $2 billion, but two people familiar with the matter said that Unisoc's revenue is now only around $1.2 billion to $1.5 billion.