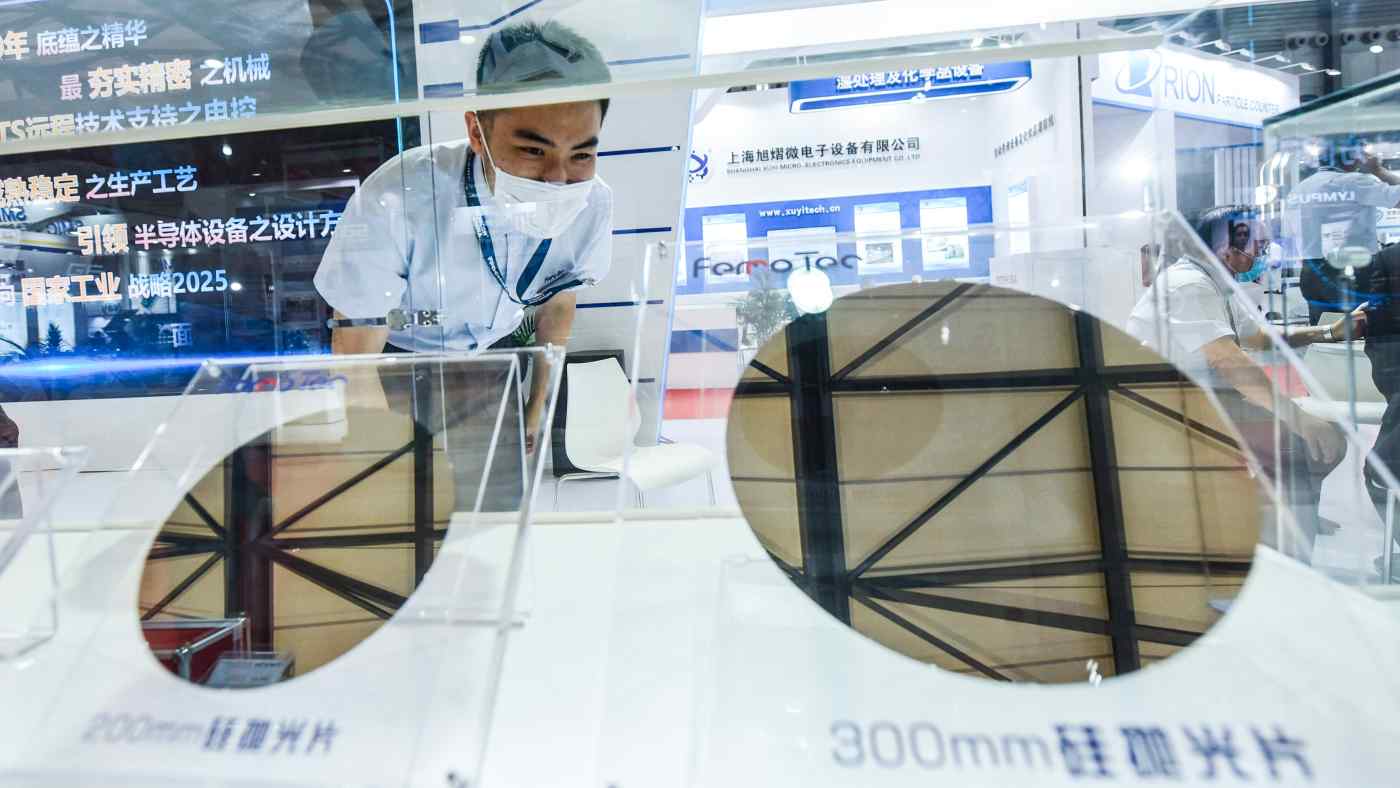 TAIPEI -- With supply shortages and a crackdown from Washington, China's up-and-coming chipmaking sector has rarely seemed under such pressure -- and yet William Wang could scarcely be happier as he heads to Shanghai for China's biggest semiconductor event of the year.

The CEO of Shanghai-based consultancy IC Cafe, Wang will be looking for networking and business opportunities at SEMICON China, and he is confident that a local industry that managed to grow 20% last year despite a global pandemic and unprecedented U.S.-China tensions will continue to deliver.

"There are indeed challenges because of geopolitical issues and the pandemic, but that also brings a lot of opportunities ... the overall ecosystem is booming," Wang told Nikkei Asia. "I've never seen the semiconductor industry highlighted so much. ... It has become a national theme that everyone talks about and cares about. That also leads to more chip-related clients asking us to help them do market surveys and consulting works."

The three-day event will feature a virtual talk by Bertrand Loy, CEO of leading U.S. chip material provider Entegris and chairman of SEMI, a global industry association, as well as speeches from local executives of major global chip equipment and materials makers such as Applied Materials and Lam Research of the U.S. and Merck of Germany. Industry leaders from Chinese national chip champions, including Semiconductor Manufacturing International Co., are scheduled to attend as well.

SEMICON China follows close on the heels of the annual National People's Congress, where the government's key economic blueprint for the next five years and goals through 2035 were finalized.

The blueprint places integrated circuit development -- along with artificial intelligence, quantum computing, health sciences, neuroscience and other fields - among the country's top policy priorities for strengthening its tech prowess. The plan also highlighted the importance of building vital components and materials domestically, mentioning at least 10 times efforts to upgrade and build a secure and diverse supply chain.

SEMICON China will also mark the first physical international semiconductor fair since U.S. President Joe Biden took office in January, and comes just ahead of the first high-level meeting between Chinese and U.S. diplomats in Anchorage, Alaska, on March 18.

The two major semiconductor industry associations in the U.S. and China -- neither of which is related to their respective governments -- have furthermore agreed to set up working groups to discuss trade and export control issues, a move seen as an overture to ease tensions between the world's two biggest economic powers.

Chips -- which serve as the brains and heart of electronic devices ranging from computers and servers to smartphones and connected cars -- have become a key battleground in U.S.-China tech tensions.

Under the Trump administration, top Chinese chip developer HiSilicon Technologies, Huawei's semiconductor unit, was blocked from using any American technologies without a license last year. SMIC was also added to multiple U.S. trade blacklists to curb its uses of American equipment, and U.S. investors were ordered to dispose of any of the chipmaker's Hong Kong-listed shares they might hold.

"Those sudden cutoffs came as a serious warning, and most local tech companies realized that no matter how hard it is, building a diverse supply chain and reducing foreign reliance is inevitable and crucial," said one Chinese chip industry executive who asked to remain anonymous for fear of retaliation from Washington and Beijing. "We also learned a cruel lesson from the U.S.-China tech war that actions always speak louder than words, and you have to make yourself almost invisible and stay low-profile even if your company makes key breakthroughs to avoid becoming a target."

At the same time, many U.S. chip industry executives, including Xilinx CEO Victor Peng, have told Nikkei that China is still an important market for their companies. Entegris' Loy told Nikkei that he hopes the Biden administration will be more willing to consult industry before formulating new policies.

China became the world's biggest semiconductor market in 2005 and is still growing, but local chip production continues to lag, according to research company IC Insights. Of the $143.4 billion worth of chips sold in China in 2020, only 15.9%, or approximately $22.7 billion, were produced in China, the company said in a recent research note.

On the brighter side, China's semiconductor industry revenue, including foreign companies' operations in the country, reached nearly 900 billion yuan ($138.5 billion) last year, up 19% from 2019, according to an estimate by the China Semiconductor Industry Association. By comparison, the global chip industry grew just 5% last year.

The country even became the world's biggest buyer of chip production equipment in 2020, overtaking Taiwan and South Korea, in part to stockpile more tools and parts to counter the U.S. clampdown, said Clark Tseng, research director at SEMI, the global trade body. This trend, however, may not last.

"China's investment in buying chip equipment for expanding and building new chip manufacturing facilities could show signs of slowing in 2021. ... We still see a lot of uncertainties brought by the U.S.-China geopolitical tension," Tseng said.

"Industry friends across China are already messaging each other to get together during the trade show as local coronavirus confirmed cases almost vanished," Wang said. "Many local chip developers also see business engagement opportunities that they never thought before with major tech companies, as they all need to look for alternatives should there be any risks brought by either the pandemic or the U.S.-China trade conflicts."