Tax breaks will be narrowed to focus investment on winners 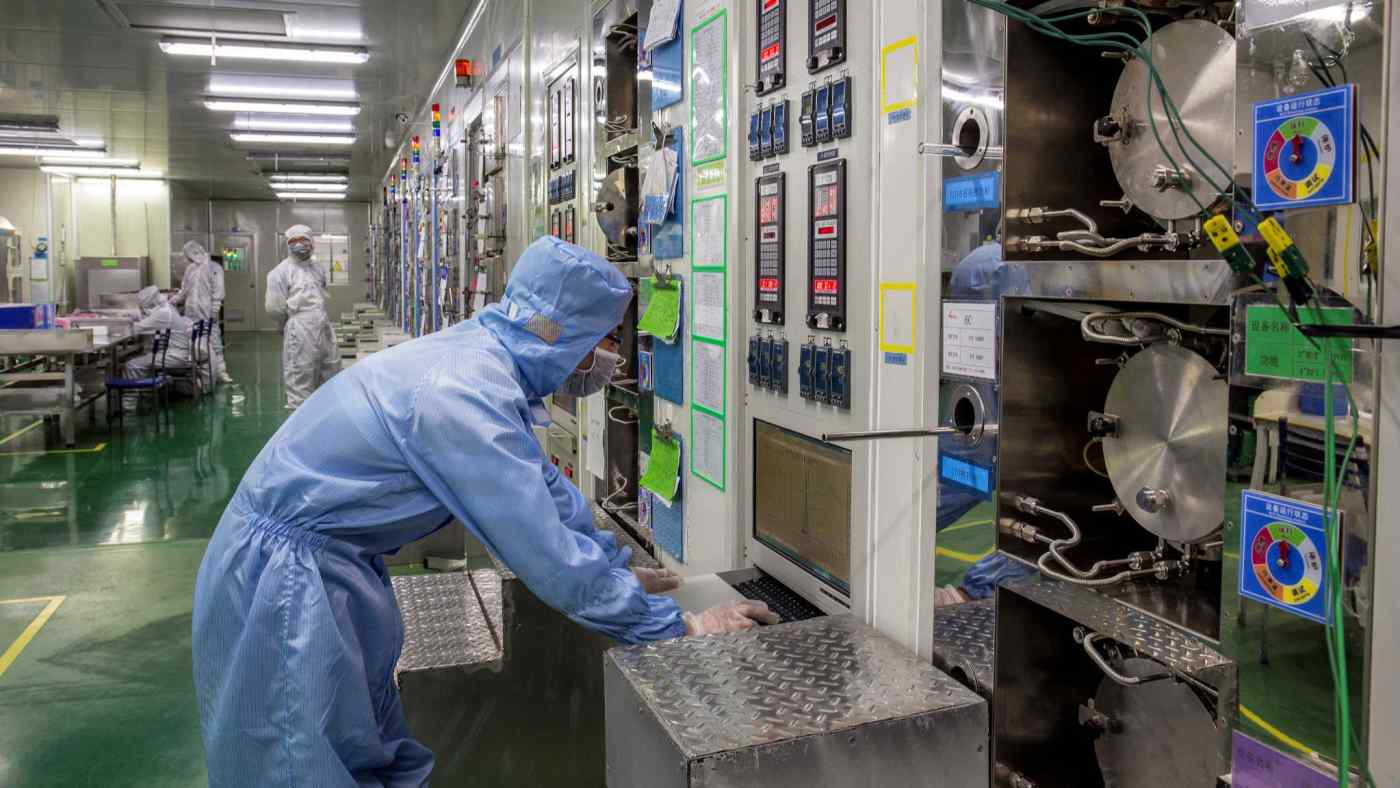 BEIJING -- China will limit tax breaks and other state support for semiconductor companies to only those that show an ability to produce the home-grown breakthroughs that Beijing seeks, government plans show.

Expanded aid for chipmakers helped fuel a nearly fivefold growth in investment in the sector last year, but industry watchers see signs of an ill-conceived sprawl led by local governments eager to show their achievements.

Beijing now looks to set tougher standards for state aid in a sector that is key to China's effort to build U.S. sanctiosn-proof, self-reliant supply chains.

The Ministry of Industry and Information Technology has unveiled a draft of stricter criteria for tax benefits.

Under the draft, chip design companies will be required to use electronic design automation software, an essential tool for designing the most advanced processors, memory chips, sensors and other semiconductor devices. At least half of employees must have university degrees, and research and development staff must account for at least 50% of the workforce. Proposed requirements also include spending the equivalent of at least 6% of sales on R&D, generating at least half of sales from proprietary designs and holding eight or more patents or other intellectual property rights.

At suppliers of chipmaking equipment, university graduates must account for at least 40% of employees, with R&D staff making up 20% or more. Similar conditions will be imposed on companies involved in semiconductor materials, packaging and testing.

An official notice is expected to be issued this year.

China's government unveiled a beefed-up package of support in 2020 for companies across the semiconductor industry, offering expanded tax breaks for manufacturing. Tax waiver periods were extended to up to 10 years depending on technology levels. Incentives were also provided for R&D, financing and equipment imports.

These measures led to a spike in investment.

According to a research company in China, investment in the chip industry reached 140 billion yuan ($21.5 billion) in 2020, nearly quintupling from 30 billion yuan the year before. Close to 70% of the new investment went to chip design, while materials and manufacturing devices received nearly 20% of the total.

According to the Ministry of Industry and Information Technology, sales in the chip industry rose 17% on the year to 884.8 billion yuan in 2020.

Robust domestic demand has helped big players grow. Top foundry Semiconductor Manufacturing International Co. earned a net profit of $716 million that year, roughly triple as much as the year before, as sales rose 25% to $3.9 billion.

SMIC is ramping up capacity with support of a government-affiliated fund and other investors. Leading chip equipment maker Advanced Micro-Fabrication Equipment reported a 17% jump in 2020 sales, with net profit seen more than doubling, buoyed by government incentives.

But not all of China's semiconductor projects have fared as well. In one notable case, Wuhan Hongxin Semiconductor Manufacturing Co. -- a foundry said to have received around 100 billion yuan in total investment, including from the Hubei Province government -- has been brought to virtual bankruptcy. A senior member of management is said to have had no experience in the semiconductor industry.