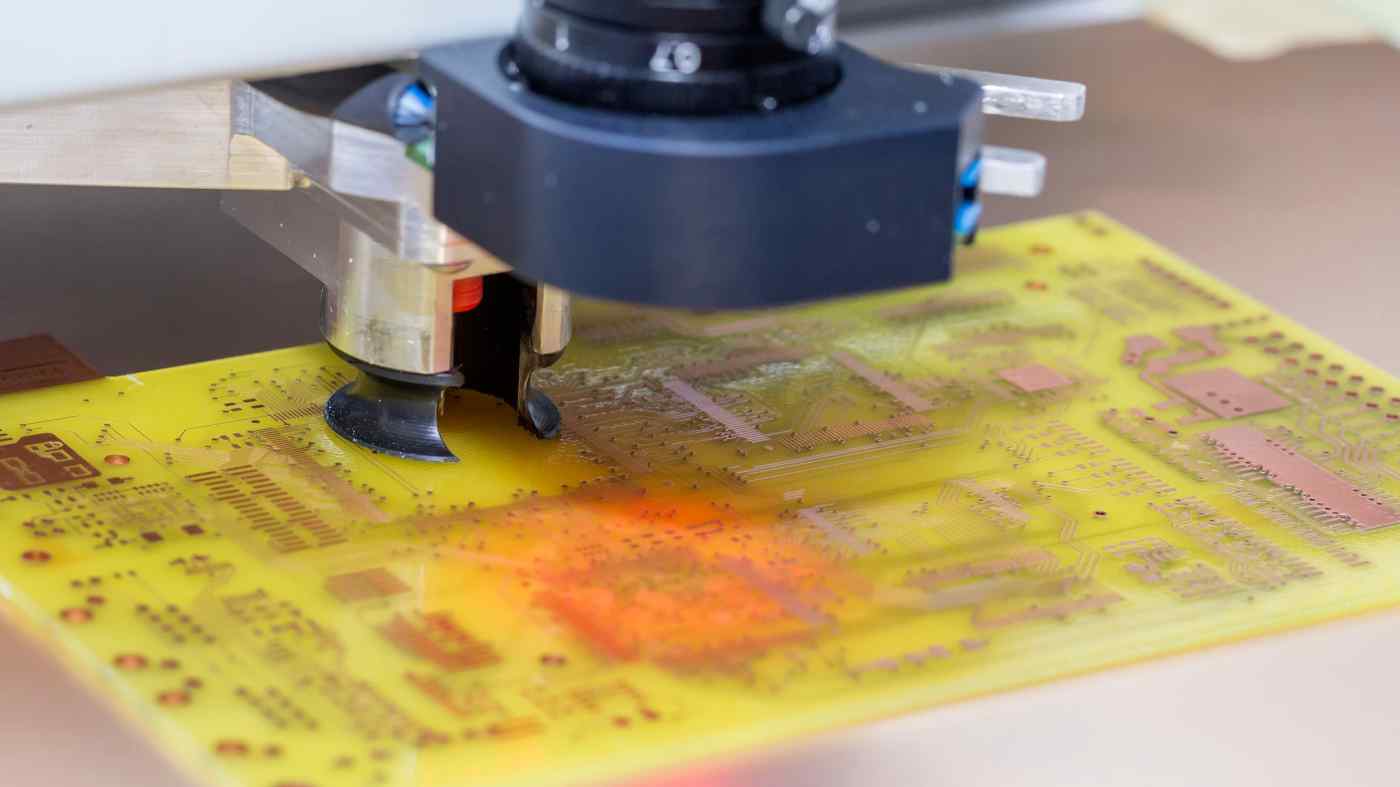 The shortage of computer chips is also being felt by manufacturers of chipmaking equipment. Wait times for drill machines, used on printed circuit boards and substrates, can run up to a year.
CHENG TING-FANG, LAULY LI and AKANE OKUTSU, Nikkei staff writersApril 15, 2021 12:28 JST | East Asia
CopyCopied

TAIPEI/TOKYO -- Trying to solve the global chip crunch? You will need more chipmaking machines. But you won't be able to get them -- because of the shortage of chips.

This conundrum is the latest sign of how the global semiconductor supply crunch is now spreading so far that it is rebounding onto the chipmaking industry itself.

Delivery times for some critical tools have grown to 12 months or more, Nikkei Asia has learned, which will slow capacity expansion plans for a wide range of suppliers, including chip manufacturers, packaging and testing service providers and substrates suppliers. The global component shortage is already affecting some of the world's biggest buyers of chips, including Apple and Samsung Electronics.

At least four types of vital production equipment are in short supply, according to industry sources.

"Some of these equipment makers are also suffering from chip shortages and some are struggling with labor issues due to pandemic lockdowns, like all the other tech players, and that weighs on the process of building machines," said one of the people with direct knowledge of the situation. "COVID-19 lockdowns had disrupted production since last year and just when it was about to recover, the serious chip and component shortage hit them."

The lead time for wire bonding machines, mainly supplied by Singapore-based Kulicke & Soffa, has grown to 10 to 12 months, sources said. Wire bonders are commonly used in the chip packaging process -- the step after chips are fabricated on wafer materials.

For wafer dicing machines, which are used to slice wafers into chips, the delivery time could be as long as 5 to 8 months thanks to the unprecedented demand, two of the people said, compared to 1-3 months in usual condition. Their supply is dominated by Disco of Japan.

Delivery times for chip testing machines made by Advantest of Japan and Teradyne of the U.S., among others, have also grown significantly.

"It's not like we don't want to increase our capacity, [but] even if we wanted to book more machines, we couldn't get them very quickly," a chip substrate executive told Nikkei Asia. "People are booking 50 or even 100 of Mitsubishi's laser processing machines at a time. We have been told by [Mitsubishi] that its capacity is fully booked because demand is so strong, and if we want to order new machines now, we will have to wait until next year for them to be available," the executive said.

Travel restrictions imposed to fight COVID-19 are also hampering equipment delivery and installation, as personnel are usually dispatched to help clients install and test the machines. Some equipment suppliers have tried using virtual reality headsets and simulation software to remotely guide clients through the process, but some critical support must still be provided on-site.

"We are trying to find alternative equipment suppliers for drilling machines [for auto parts], but the precision and speed are just not as satisfactory as what we used to have," Chairman David Shen of Hota Industrial Manufacturing, a key automotive parts supplier, told Nikkei Asia.

Disco told Nikkei Asia, "We are making individual adjustments with clients and striving to meet the delivery time." Mitsubishi declined to comment, while Kulicke & Soffa did not respond by time of publication.

The White House on Monday held a virtual summit to address the chip shortage, with tech and other executives from the U.S., Asia and Europe in attendance.

But with the chip crunch now impacting equipment suppliers, the shortage has created a "chain reaction," according to Chiu Shih-fang, a tech and supply chain analyst with Taiwan Institute of Economic Research.

"It's a chain reaction. ... Electronics and automakers expect component makers to expand capacity to address the shortage. But when these component makers talk to their equipment and materials suppliers, they realize deliveries could be as late as the end of this year or even next year," Chiu told Nikkei Asia. "That means basically everyone is kind of stuck here. The dangerous part is that even if only one or two components are lacking, the whole system would be unable to move forward."