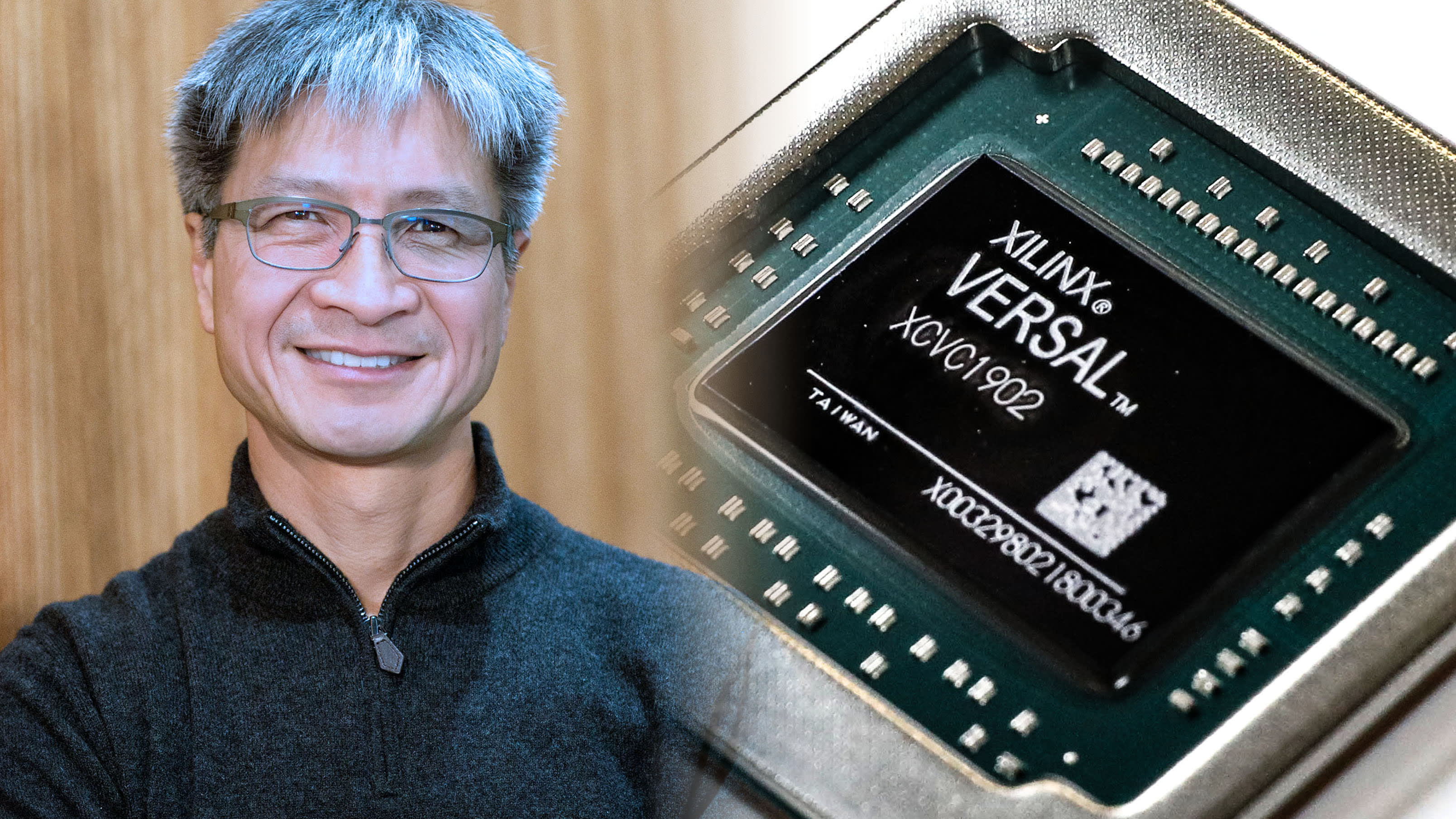 TAIPEI -- U.S. chipmaker Xilinx has warned that the supply crunch affecting the auto industry will not be quickly resolved, saying problems extend beyond semiconductor manufacturing to supplies of other materials and components.

Victor Peng, Xilinx president and CEO, told Nikkei Asia in an interview that he hoped a serious shortage would not be prolonged but pointed to constraints in other parts of the supply chain.

"[It] is not just wafers in the foundries. Chip-packaging substrates are also a challenge. It's [also] getting to the point that other kinds of discrete components are somewhat of a challenge," said Peng. Xilinx is a key supplier to many carmakers, including Subaru and Daimler.

Peng said he hoped the shortage would not last for the whole year and that Xilinx is doing its best to meet customers' needs.

"We are working very closely with all our customers to understand their needs. ... I think we've done a good job of meeting their prioritized needs," he said, adding that Xilinx is working closely with suppliers, including Taiwan Semiconductor Manufacturing Co., to manage the situation.

Carmakers around the world are struggling with production due to a severe shortage of automotive chips, which are supplied by companies including NXP Semiconductors, Infineon, Renesas and STMicroelectronics. GM became the latest automaker hit by the shortage, announcing late on Wednesday that it will trim output at four factories due to a lack of chips.

The U.S., Germany and Japan, which are all big carmaking economies, have pressed Taiwan to ask its key domestic chipmakers -- including TSMC, the world's biggest contract chipmaker, and United Microelectronics Corp, the fourth-largest -- to help step up production to solve the global crunch.

Chip production involves a long supply chain -- from design and manufacturing through packaging and testing through to shipping for use in car assembly.

While the industry has recognized the shortage of chips, other bottlenecks are emerging.

Substrate materials such as ajinomoto build-up film, known as ABF, are also in short supply. These are essential for packaging high-end chips used in cars, servers and base stations.

Delivery times for ABF substrates have grown to more than 30 weeks, according to multiple industry sources familiar with the situation.

"Chips used for artificial intelligence and 5G connectivity consume a lot of ABF, and the demand in these areas is already very strong. The rebounding demand for auto chips just makes the supply of ABF even more constrained," an executive-level source in the chip supply chain told Nikkei Asia. "The ABF suppliers are already expanding their capacities but still cannot catch up with the demand."

Peng said that unlike its peers, Xilinx does not plan to raise chip prices in response to the shortage.

STMicroelectronics in December informed customers that it would increase prices from Jan. 1, according to a letter seen by Nikkei Asia and confirmed by the company. The chipmaker said "the rebound in demand has been quite sudden after the summer, with a strong acceleration that has put the entire supply chain under strain."

NXP on Tuesday told investors that some of its suppliers have raised prices and NXP had to pass these on, suggesting price hikes. Renesas as well has told clients to accept higher prices, the Nikkei reported earlier.

All Xilinx's advanced chips are made by TSMC, the world's biggest contract chipmaker, Peng told Nikkei Asia. His company would stick with the Taiwanese chipmaker for its chip production as long as TSMC remains the industry leader, he said.

Peng said the overall semiconductor industry will likely enjoy better growth for 2021 than the past 2020, but the resurgence of COVID-19 and the components shortages are posing uncertainties to the overall outlook.

Geopolitics -- and the tech war between the U.S. and China -- could also be a concern to Xilinx. China accounts for nearly 29% of Xilinx's revenue and has replaced the U.S. as its largest market since 2019, according to the company's annual report.

Xilinx has already had to suspend non-licensed shipments to Huawei, one of its key clients, after the Trump administration placed the Chinese tech champion on a trade blacklist, citing national security risks. China is now trying to accelerate development of a homegrown semiconductor supply chain to reduce dependence on foreign suppliers.

"We're definitely very mindful of the unfortunate trade and political tensions between the U.S. and China," said Peng. "I believe completely separate supply chains and markets, it's not a good thing. It's not a good outcome for all parties, frankly, but there are some real issues, and my hope is that those issues can be addressed through constructive dialogue and negotiations."

Peng added that Xilinx still sees opportunities in China and will pursue them while expanding in other markets. "China is still important. But at the same time we're mindful of the situation. We are not going to put all our eggs in one basket," he said.

Xilinx is being acquired by Advanced Micro Devices, the U.S. computer microprocessor chip provider, in a $35 billion deal that was announced in October. AMD recently said the deal is expected to be completed around the end of this year.