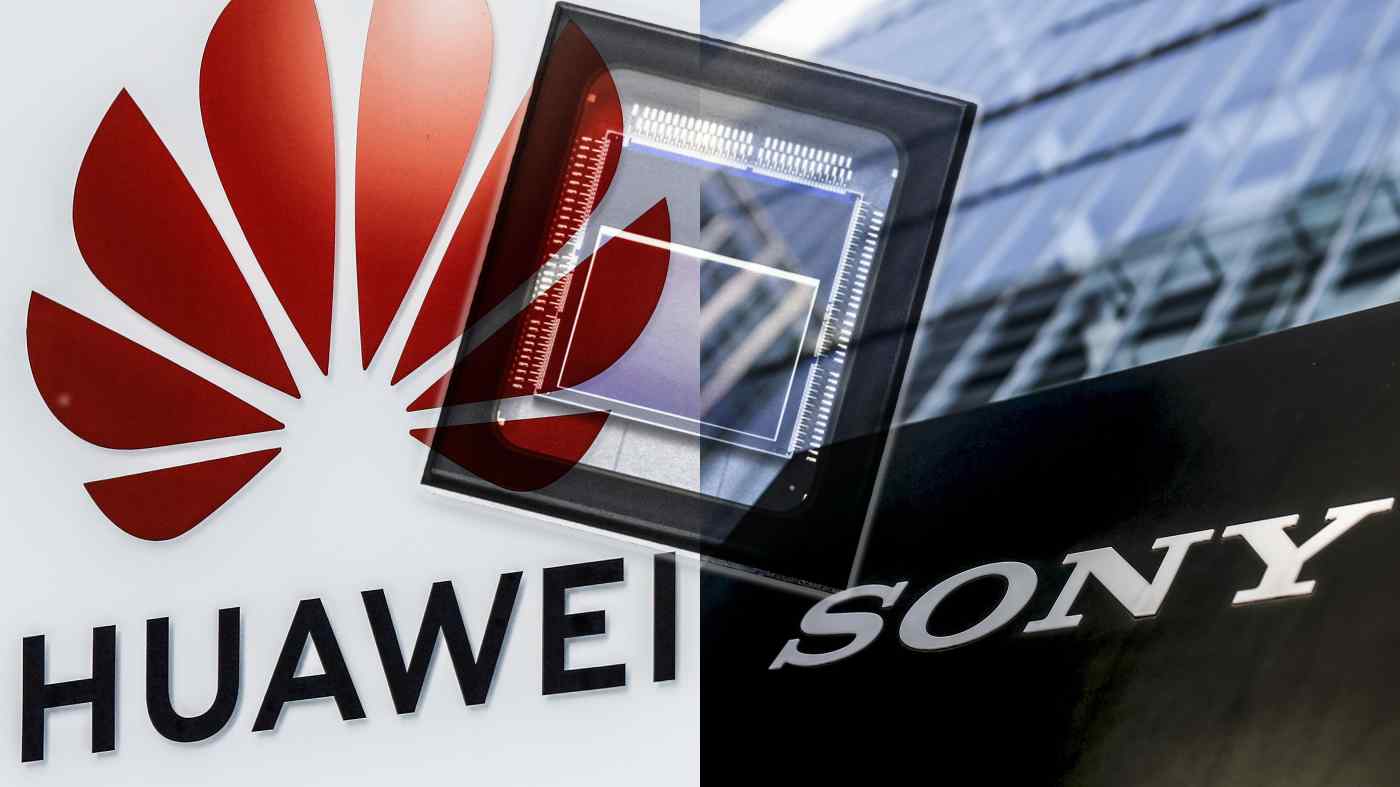 TOKYO -- Growth of Sony Group's semiconductor business has slowed, reflecting a plunge in shipments of image sensors for smartphones to Huawei Technologies as a result of the U.S.-China trade war.

Although Sony has avoided a fall in the volume of shipments thanks to orders from other Chinese smartphone makers, the recovery of earnings appears likely to be delayed until fiscal 2022 through March 2023 because of weakened demand for sensors for high-end smartphones.

As Samsung Electronics of South Korea, which is strong in processing sensors for midrange smartphones, catches up, Sony is halfway toward recapturing the smartphone market.

"We cannot achieve an earnings recovery in the year through March 2022," said Terushi Shimizu, president and CEO of Sony Semiconductor Solutions, at a press briefing on June 3.

For fiscal 2021, the semiconductor arm of Sony Group expects its operating profit to decline for the second consecutive year to 140 billion yen ($1.26 billion). The projection reflects changes in the smartphone market structure resulting from the trade friction between the U.S. and China.

Huawei had a global market share at the 4% level in terms of shipments in the January-March period, according to U.S. research firm IDC. With the U.S. government banning the export of American technology to Huawei, the Chinese company saw its market share plunge some 14 percentage points from the same quarter of 2020, when it ranked second. At the expense of Huawei, Samsung, Apple of the U.S. and three Chinese smartphone manufacturers -- Xiaomi, Oppo and Vivo -- expanded their shares.

Sony commands half of the global market for image sensors in value. Growing demand for high-definition smartphone cameras, and the trend of using two or more cameras in a smartphone in recent years, have enabled Sony to expand shipments to Apple and Huawei on the back of its advanced technology of producing high-end sensors.

With Huawei losing its momentum, demand for cutting-edge sensors for high-end smartphones has weakened. Sony thus increased shipments to the three Chinese smartphone makers which primarily manufacture middle- and lower-end phones. While sensors for such phones are each priced low, the makers demand improvements in image quality to attract consumers.

Samsung has set an eye toward capitalizing on the "new normal" created by the trade friction between the world's two largest economies, in a bid to recover its lost ground.

Samsung ships nearly 300 million smartphones per year, most of which contain image sensors it produces on its own. While having stable demand, the company is strong at producing high pixel sensors used in midrange smartphones and is enjoying growing demand.

In the global image sensor market, Samsung, with a share of 20%, is trailing Sony, with its 50% share. With Samsung boasting microfabricating technology needed for high pixel sensors, Shimizu said, "We are actually falling behind as far as high pixels are concerned."

But, he added, "we will add new value using technology cultivated in the field of high image quality." Terushi Shimizu, president and CEO of Sony Semiconductor Solutions, speaks at a press briefing on June 3. (Photo by Masaharu Ban)

Samsung has a large number of manufacturing facilities, including those for memory chips and central processing units. Sony will spend 700 billion yen on production facilities in its semiconductor business under a three-year plan through fiscal 2023, up 20% from the preceding plan. But if the importance of microfabrication technology increases, Samsung may gain an advantage because of its greater leeway for investment, according to a research company.

Sony is also expected to take time before reducing its reliance on the volatile smartphone market. Although the company positions image sensors for automobiles as a growth market and keeps boosting annual sales by 50%, the business is still small in scale. Collaborating with its "Vision S" prototype electric vehicle project, Sony plans to develop a high-performance sensor capable of detecting objects even in the dark and sell it to American and European automakers.

Sony will also challenge for a new business model. While Sony has engaged in the sale of image sensors, it is attempting to establish a recurring model of collecting fees on a continuous basis. Specifically, it will use a sensor equipped with data-processing functions of artificial intelligence it has developed. Data, therefore, can be processed both in the cloud and in the sensor so that the volume of communication can be reduced.

For example, the sensor can be used in a camera at a cashless payment retailer with no cash register and improve the performance of street monitoring cameras.

Sony's AI image sensor has found its way into smart monitoring cameras the city of Rome will put into use in June to optimize the operation of buses by sensing congestion at bus stops or emit light to pedestrians walking through a red light. Image sensors with data-processing functions of artificial intelligence, developed by Sony, are promoting the rise of new core semiconductors for smartphones. (Photo courtesy of the company)

The semiconductor business centered on image sensors was positioned as an engine of growth when Sony was rehabilitating itself. In fiscal 2019, it contributed to Sony's earnings, logging more than 1 trillion yen in sales and an operating profit ratio of 22% to sales.

Sony Semiconductor has propped up the revival drive despite such difficulties such as damage inflicted on its local plant by a series of earthquakes in Kumamoto Prefecture in 2016.

While striving to address radical changes in the smartphone market, Sony Semiconductor is being tested for whether it can develop new growth sectors such as image sensors for automobiles and AI image sensors.

Cutting-edge semiconductors are also drawing attention from the viewpoint of national security as the government has drafted a policy of courting overseas manufacturers.

The procurement of logic chips has become difficult as even Sony farms out most of production to overseas manufacturers. Asked whether Sony Semiconductor will launch production, including a joint venture project, for stable procurement, Shimizu admitted to the difficulty of producing them on its own in terms of both technology and cost.