Japan puts all chips on the table to lure semiconductor makers TOKYO -- Japan will pull out every policy stop to court overseas semiconductor companies, including offering generous financial incentives, under a draft growth strategy released Wednesday, joining the global race to secure supplies of the crucial component.

"Japan will swiftly match efforts by other countries to attract cutting-edge chipmaking facilities so it can build a secure supply chain at home," said the document presented to a Cabinet Office strategy meeting. The Cabinet is slated to approve the document by the end of the month.

Japan imports more than 60% of its semiconductors, much of them from Taiwan and China. Concerns persist that Sino-American tensions could squeeze global supply chains and disrupt shipments to its own industries.

This comes as the U.S. and Europe make aggressive moves to bolster their own supply chains of semiconductors, which are increasingly seen as critical to economic national security. Japan hopes to sweeten financial incentives, but matching the financial power of the U.S. or the European Union will be a challenge.

"Semiconductors are now as important as food or energy," an official at Japan's Ministry of Economy, Trade and Industry said.

"We will aim for cooperation with foreign companies instead of efforts by Japanese players alone," a Cabinet Office official said.

Some in the government and the ruling Liberal Democratic Party are calling for the creation of a new supersized fund worth tens of billions of dollars. Debate over the details is expected to get underway soon.

The U.S. Innovation and Competition Act, which is currently in the Senate, would allocate $39 billion over five years to assist chipmakers that build factories and research facilities in the U.S.

The EU plans to invest 145 billion euros ($177 billion) into digital technologies, including semiconductors, over the next two to three years. Japan also has a fund designed to promote advancements in the industry, but it is relatively small at 200 billion yen ($1.82 billion). 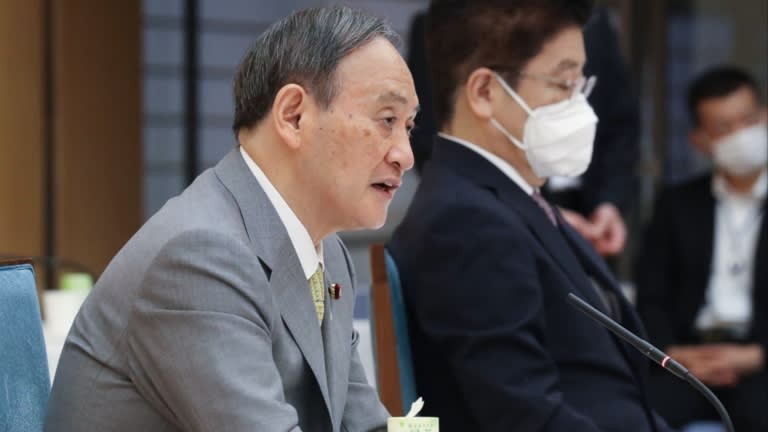 Taiwan accounts for more than 90% of the global output capacity for smartphone and other advanced chips using 10-nanometer or smaller technology, according to the U.S.-based Semiconductor Industry Association.

Meanwhile, key Japanese automotive supplier Renesas Electronics can mass-produce only up to 40nm chips domestically, even as 28nm technology gains ground in the field. Japan is only expected to grow more dependent on overseas supply without a major change.

But wooing advanced chipmakers also requires Japan to stoke domestic demand for their products. Demand from technology giants like Apple and Microsoft have helped efforts to bolster semiconductor supply chains in the U.S.

"Japan has no Silicon Valley, so it's hard to attract high-end chipmaking facilities," a Japanese official said. "We may only be able to secure mid-end supplies."

To address the issue, the government plans to also foster industries that use cutting-edge chips, like 5G networks, automated vehicles, smart-city technology and medical robots.

"Japan so far has mostly focused on assisting Japanese companies and research institutions, but it needs a strategy for attracting overseas players," said Kazuhiro Sugiyama of U.K.-based research company Omdia.

METI will take the lead on pursuing overseas players for potential partnerships. Japan also plans to coordinate with countries and regions it shares values with, such as the U.S., to move a portion of their supply chains to Japan as a national security measure.