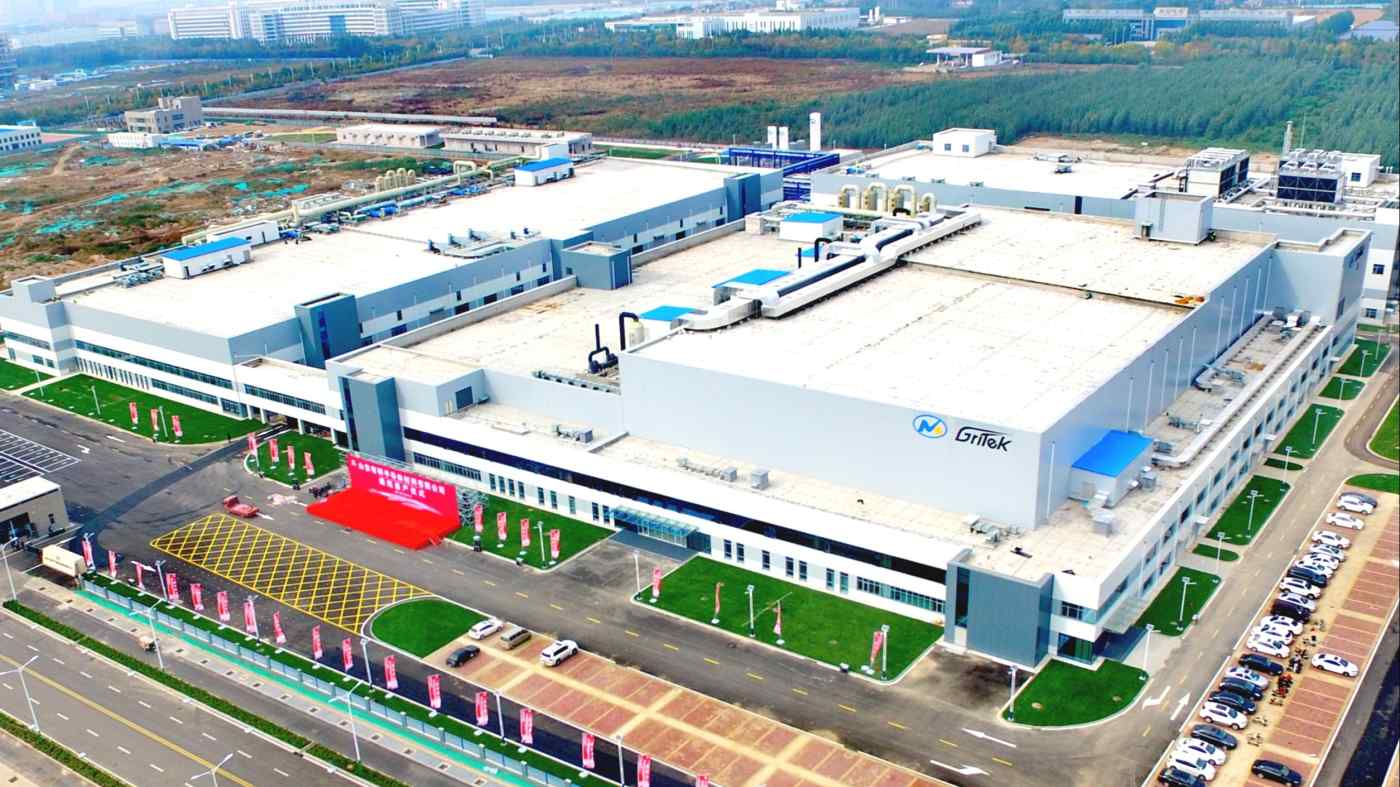 TOKYO -- Two upstart manufacturers of semiconductor wafers in Japan are expanding their presence in China, looking to ride Beijing's efforts to achieve chip self-sufficiency and tap into the money the government is pouring into the sector.

Ferrotec Holdings, headquartered in Tokyo, mainly produces components for chipmaking devices. The company started making wafers in 2002 in China, with the operation limited to earlier-generation products.

But "we seek to catch up to the top groups in five years," Ferrotec President He Xianhan said.

The company has seen the Chinese appetite for chips firsthand. When Ferrotec put up for sale some of its equity in its Chinese wafer subsidiary last year, it raised roughly 70 billion yen ($641 million) from local public- and private-sector funds. That's nearly on par with its own market capitalization of 80 billion yen.

"We drew investors worth multiple times the subscribed amount," He said.

The money will be directed primarily toward 12-inch wafers used to make advanced semiconductors. Mass production started this fiscal year in the city of Hangzhou, and the company plans to churn out 100,000 units a month by 2022.

The expansion of wafer operations is expected to cost at least 150 billion yen, a sum too rich for Ferrotec to shoulder alone. Ferrotec's stake in its wafer subsidiary has fallen below 30% as the result of selling off shares. But the transactions led the subsidiary -- a perennial money loser due to investments -- to be taken off the consolidated books, opening the door to improved finances.

Japan's Shin-Etsu Chemical and Sumco control 55% of the global wafer market. The pair supply Intel and other top chipmakers. Taiwan's GlobalWafers, the third-ranked player, announced last year a planned takeover of Siltronic, the No. 4 rival based in Germany. The combined entity would control 30% of the market. Ferrotec has been making silicon wafers based on older technology. (Image from the company's YouTube channel)

Ferrotec isn't the only company with lofty ambitions.

"We seek to exceed Sumco by 2025," said Nagayoshi Ho, president of RS Technologies. The Tokyo-based company is the largest manufacturer of reclaim wafers used for equipment testing. RS expanded to normal silicon wafer production in 2018, when it formed a joint venture with Grinm Group.

In October, the two partners completed an 8-inch wafer factory in the Chinese city of Dezhou. They expect the plant to attain monthly capacity of 130,000 units this year.

Under Beijing's "Made in China 2025" initiative for modernizing industry, the country aims to attain 70% self-sufficiency for semiconductors. China looked to bolster associated industries at this year's National People's Congress, the annual parliamentary gathering that held its closing meeting Thursday. Materials and production equipment are positioned as key areas.

Though Zhonghuan Semiconductor and Zing Semiconductor mass-produce wafers, no Chinese manufacturers can compete against the heavyweights. Ferrotec and RS are counting on subsidies the Chinese government will extend to the sector.

"Because we are infused with local capital, we are able to receive subsidies on equal terms as state-run enterprises," said a source at RS. Both RS and Ferrotec plan to list their Chinese manufacturing units in mainland bourses, such as Shanghai's tech-focused STAR market.

Some observers doubt either company will achieve its goals. The technology gap separating them from the global leaders is "extraordinarily large," said an analyst at an international brokerage.

The big players have monopolized the know-how involved in silicon crystal growers thanks to in-house development. Such equipment improves the purity of wafers.

Ferrotec has made equipment for previous-generation wafers independently, but for more advanced wafers "we are decades behind," a company representative said. "We'll clear [the hurdles] one by one."

At RS, the manufacturing process for reclaim wafers does not include silicon growers.

Even if Ferrotec and RS achieve steady footing in Chinese production, their scales would not compare with the big players, each of which produces about 2 million units of 12-inch wafers a month.

The large competitors are wary about manufacturing in China due to concerns of technology leaks. Ferrotec and RS say the makeup of the boards at their Chinese units affords them the management control to prevent such outcomes.

"For subsidiaries with long-term growth prospects in fields such as power semiconductor substrates, the percentage ownerships have declined to the point that future profits will flow outside the respective groups," said Yoshihito Hasegawa, senior analyst at Mitsubishi UFJ Morgan Stanley Securities.

Mainland China will control 24% of semiconductor manufacturing capacity at the end of the decade, Boston Consulting Group projects, a share that will outrank Taiwan and make China the top producer by volume.