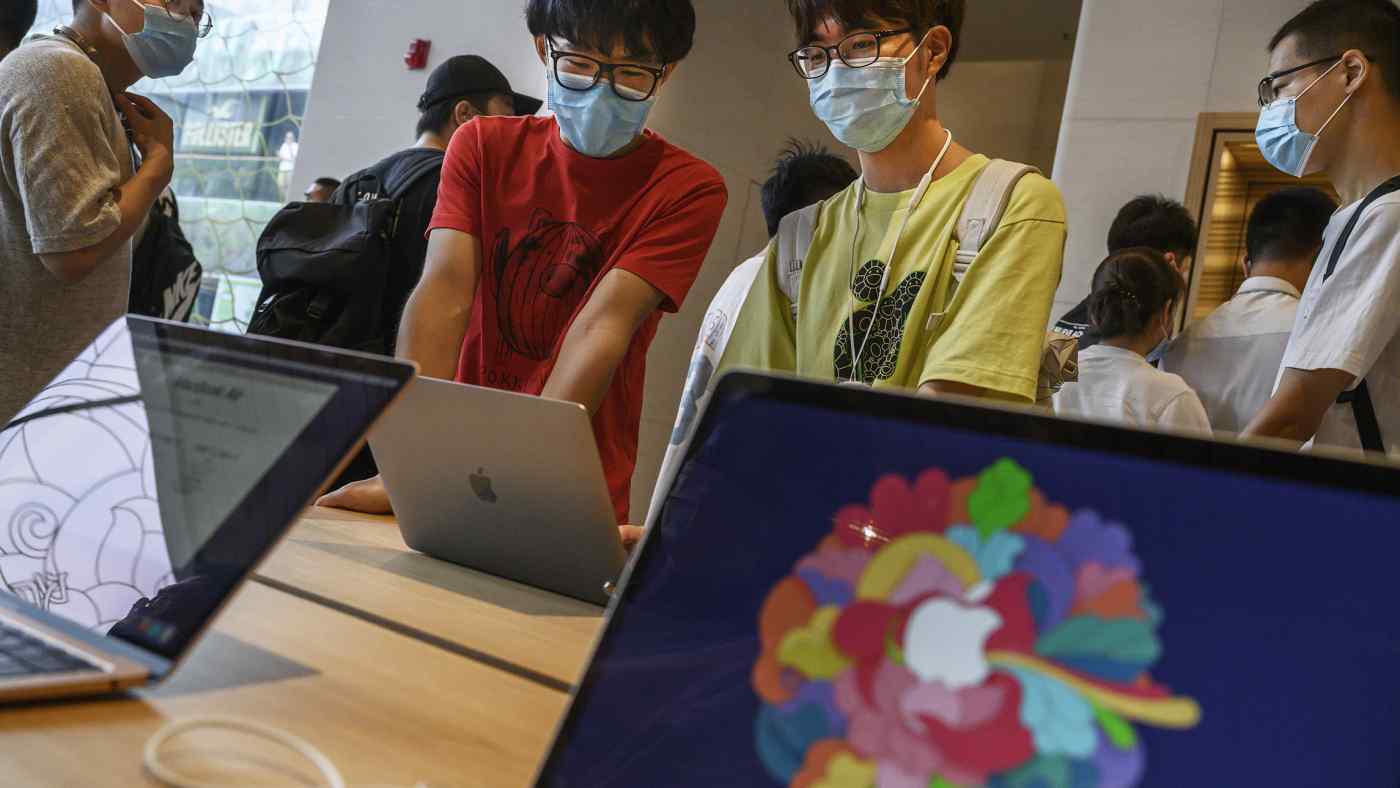 TAIPEI -- Production of some MacBooks and iPads has been postponed due to the global component shortage, Nikkei Asia has learned, in a sign that even Apple, with its massive procurement power, is not immune from the unprecedented supply crunch.

Chip shortages have caused delays in a key step in MacBook production -- the mounting of components on printed circuit boards before final assembly -- sources briefed on the matter told Nikkei Asia. Some iPad assembly, meanwhile, was postponed because of a shortage of displays and display components, sources said.

As a result of the delay, Apple has pushed back a portion of component orders for the two devices from the first half of this year to the second half, the people said. Industry sources and experts say the delays are a sign that the chip shortage is growing more serious and could impact smaller tech players even more heavily.

Apple is known for its expertise in managing one of the world's most complicated supply chains, and for the speed with which it can mobilize suppliers. This has helped the company withstand a global component shortage that is already squeezing automakers and electronics makers alike.

Production plans for Apple's iconic iPhones have so far not been affected by the supply shortage, although the supply of some components for the devices is "quite tight," according to two sources. Overall, the component shortage remains a supply chain issue for Apple and has not yet had an impact on product availability for consumers, Nikkei has learned.

Apple rival Samsung Electronics, the world's biggest smartphone maker, recently confirmed that the chip shortage could be problematic for the company in the April to June period, adding that it has teams of employees working around the clock to resolve the issue.

Large players like Apple, Samsung Electronics and HP have a lot of leverage with suppliers to demand that their orders receive priority when capacity is limited, said Peter Hanbury, a partner with consultancy Bain & Co. "They also have developed sophisticated purchasing and supply chain capabilities, including collaborative planning with semiconductor manufacturing partners and strong visibility into where their products are manufactured so they can see ahead of shortages like this," he said.

Now, however, "demand for some of these large product categories has outstripped the total capacity available," Hanbury added. "They now face the same long-term challenges [as their chip suppliers and production partners] of adding manufacturing capacity, which takes years and billions of dollars."

Apple sells around 200 million iPhones, more than 20 million MacBooks, 19 million iPads, and more than 70 million pairs of AirPods a year -- all rank within the top five globally in their respective consumer electronics segments -- making the company one of the world's most powerful procurement forces.

The fact that the supply crunch has spread to MacBooks and iPads -- two key Apple items -- shows that the component shortage remains a serious issue and could deal a more serious blow to tech players that have less bargaining power and supply chain management expertise than the U.S. company, industry executives told Nikkei Asia.

"We really don't see an end to this shortage, and things could be even worse, looking ahead to the end of the June quarter, as some smaller tech players could run out of some critical inventories to build their products and need to scale back production," said Wallace Gou, president and CEO of Silicon Motion, a NAND flash memory controller chip developer that supplies Samsung, Western Digital, Micron, Kingston and many others.

PC demand remains strong in this year as the stay-at-home economy brought about by the coronavirus pandemic continues to flourish. The global PC market is forecast to grow by more than 18% this year, after expanding at a rapid clip of nearly 13% last year, according to research agency IDC.

However, the U.S., Japan and Germany have asked Taiwan and South Korea, the two key chip manufacturing economies, to help prioritize chips for the automotive industry, which is crucial to the world economy. This has further squeezed production of semiconductors for consumer electronics and computer products.