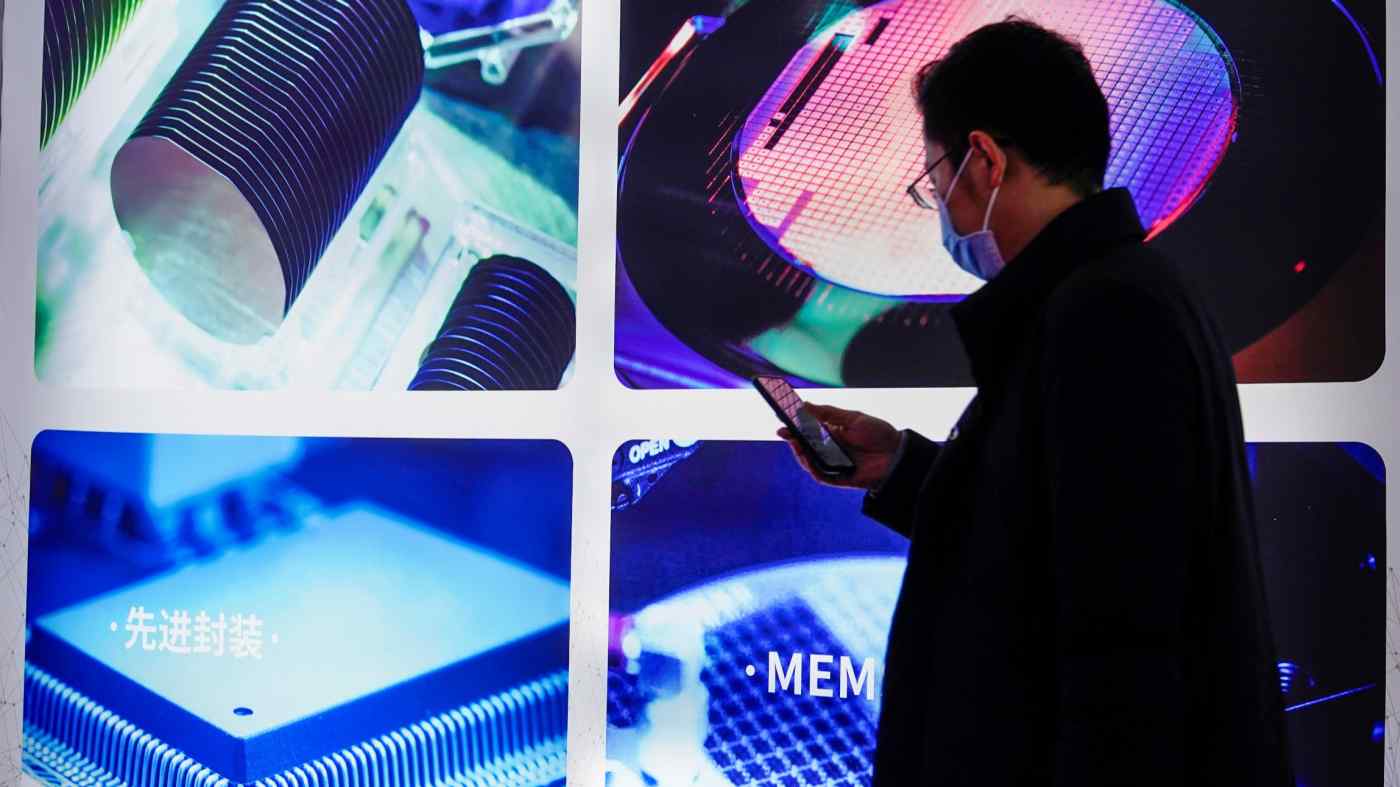 TOKYO -- China's purchases of equipment to make semiconductors are surging as Beijing makes a push to wean itself from dependence on foreign chipmakers.

The country's sales of the gear jumped 39% to $18.7 billion last year while the figure worldwide rose 19% to a record $71.2 billion, global trade group SEMI reported Wednesday.

As a result, Mainland China overtook Taiwan as the world's biggest market for chipmaking devices. The spread of 5G ultrahigh-speed services and an electronics shopping frenzy during coronavirus lockdowns helped drive foundries around the world to ramp up investment.

China's surge came as Semiconductor Manufacturing International Corp. and other tech giants were placed on the U.S. trade blacklist designed to tech curb exports to China. SMIC has unveiled a deal to build a $7.6 billion joint-venture plant in Beijing with a state-backed fund. Other players are eager to pour money into chipmaking equipment.

The global shortage of chips also provides a tailwind to China's drive to ramp up production. The manufacturing of chips used in home electronics and cars is often outsourced to China, which has risen to prominence in the industry, though it lags in technologically sophisticated chips. The country accounted for 15% of global chipmaking capacity last year, according to the U.S.-based Semiconductor Industry Association.

Worried about China's rise, the U.S. is also making moves to spur domestic production. U.S. President Joe Biden signed an executive order in February to review supply chains for chips and other key materials. He also proposed $50 billion in subsidies for the semiconductor industry.

Responding to Washington's push, Intel is expanding its chip manufacturing in the U.S., last month unveiling a $20 billion investment to build two fabrication facilities in Arizona. The processor giant is also launching foundry services to make chips for other companies.

"We haven't seen a dip in demand, and our facilities have been running at full capacity since 2020," said a Disco official.

The market is expected to continue growing in 2021, said a source with the Semiconductor Equipment Association of Japan.

Taiwan, the second-largest chipmaking equipment market, grew a tad with sales of $17.2 billion. Investments for foundries were robust as they were in 2019. Taiwan Semiconductor Manufacturing Company, the world's top foundry, has earmarked a record $28 billion in equipment and facilities this year.

Third-place South Korea posted a 61% jump to $16.1 billion, buoyed by rising demand for memory chips. Samsung Electronics' semiconductor business is expected to invest a record $27.5 billion in capital outlay in 2021.