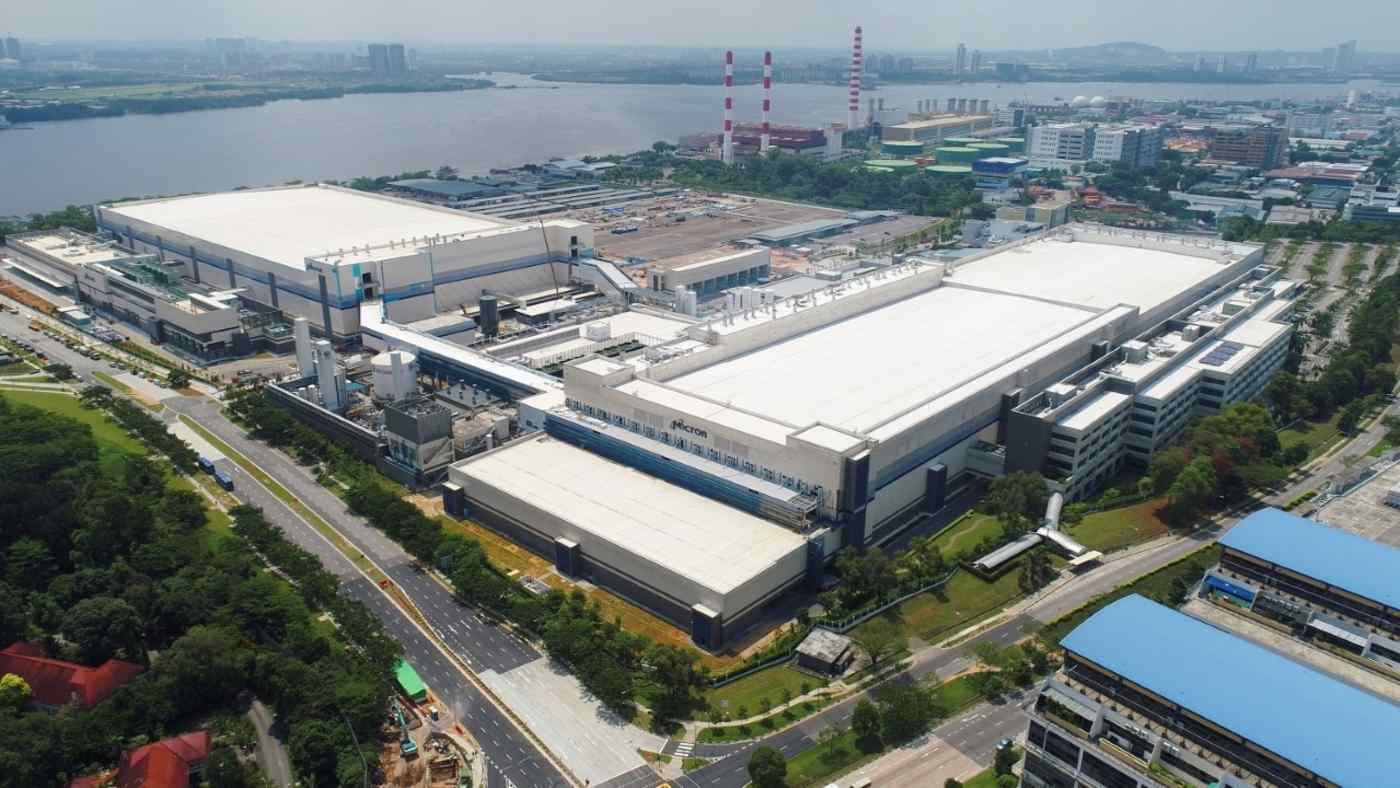 TOKYO -- U.S. chipmaker Micron Technology has put Asia at the center of its strategy for the NAND flash memory market, leveraging Singapore's generous government support as it looks to catch up with deep-pocketed rivals.

Micron sits solidly near the top of the market for DRAM, or dynamic random access memory, chips with a 23% share, part of a global oligopoly with South Korea's Samsung Electronics and SK Hynix. But it ranks only fifth in NAND at 11%, well behind Samsung and the alliance of Japan's Kioxia Holdings -- formerly known as Toshiba Memory -- with U.S.-based Western Digital.