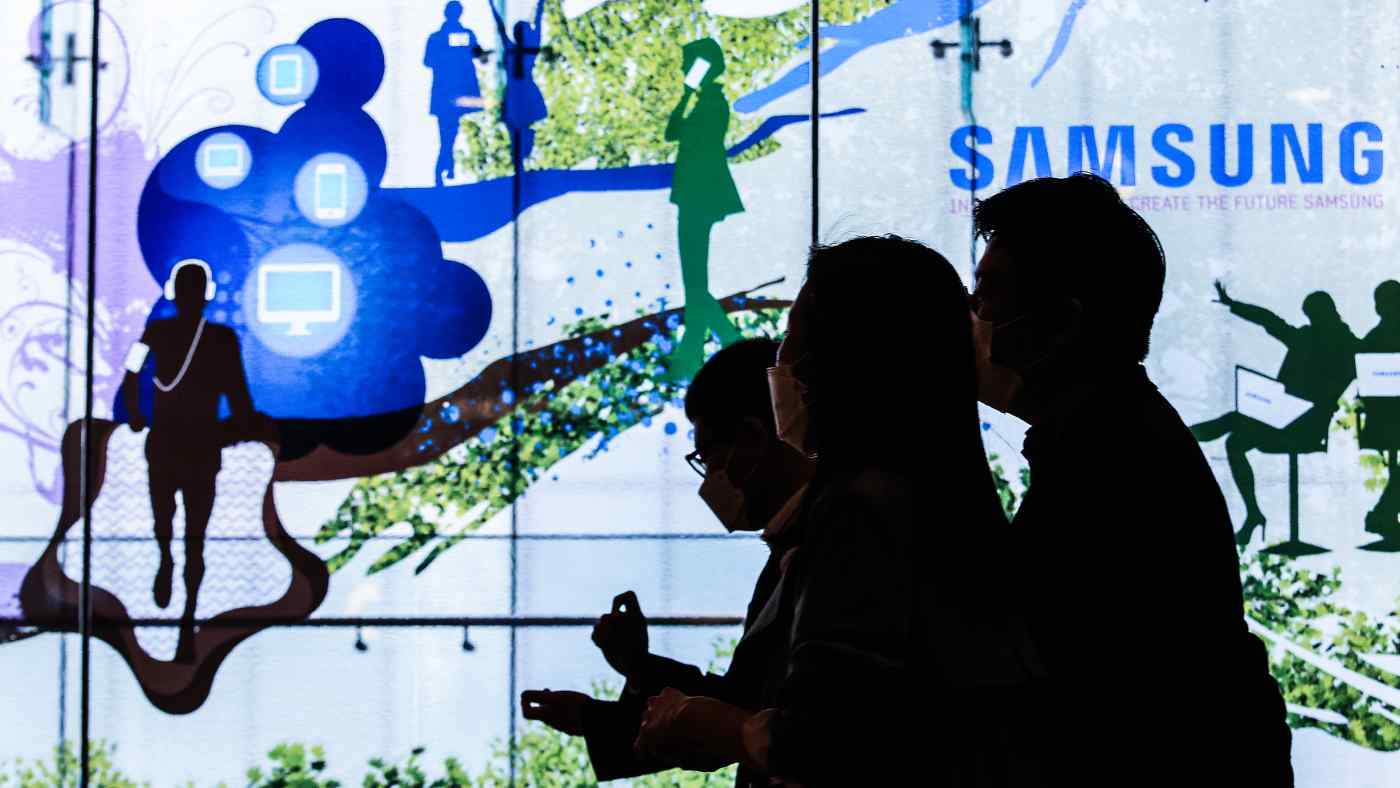 SEOUL -- Samsung Electronics said on Thursday that it will maximize its foundry production capacity to cope with soaring demand for chips, as global automakers and other manufacturers struggle to secure enough semiconductors for their products.

The world's second-largest foundry company said that its second production line in Pyeongtaek, south of Seoul, will start mass production in the second half of this year to handle rising demand for chips designed by fabless customers, in which companies outsource production.

Samsung started construction for its foundry production line in the city in May last year, with plans to produce advanced 7-nanometer and 5-nanometer chips based on extreme ultraviolet technology. That will help boost Samsung's capacity. Its Austin, Texas, fab plant resumed operations in late March after suffering a power outage.

"We will maximize our foundry capacity by operating our Pyeongtaek line in the second half, actively responding to increasing demand," Han Seung-hoon, a vice president at the company's foundry division, said in an earnings conference call.

Samsung's announcement comes as manufacturers in the automobile, technology and other industries are eager to have chips for their products, as supply cannot meet rising demand, which has been driven by the coronavirus pandemic.

Earlier this month, the White House hosted a meeting with corporate leaders of Samsung, Intel and other companies to discuss how to ensure a stable chip supply in the U.S.

The company said that strong smartphone sales were the key driver of its performance, along with tablets, PCs and wearable devices. Its consumer electronics division also enjoyed solid sales, as pent-up demand for home appliances and televisions continued amid the pandemic.

However, operating profit at the company's semiconductor division fell to 3.4 trillion won in the January-March period from 3.9 trillion won a year earlier, hit by the disruption at its Austin fab facility.

Samsung said that it was unable to produce 71,000 wafers due to the stoppage, leading to costs of between 300 billion won and 400 billion won.

However, it said it will minimize the negative impact by working closely with customers and suppliers to put LG's vehicle component solutions division into the black in the second half of this year.

LG's main products are home appliances and TVs, but it also has a vehicle component business that supplies infotainment devices, electric car parts and lamps for automakers such as Hyundai Motor, General Motors and Daimler.

The company said its operating profit jumped 39.1%, year on year, to 1.5 trillion won in the first quarter, with sales rising 27.7% to 18.8 trillion won, helped by strong sales of home appliances and TVs in North America and Europe. Its net profit climbed 7.6% to 1.2 trillion won.