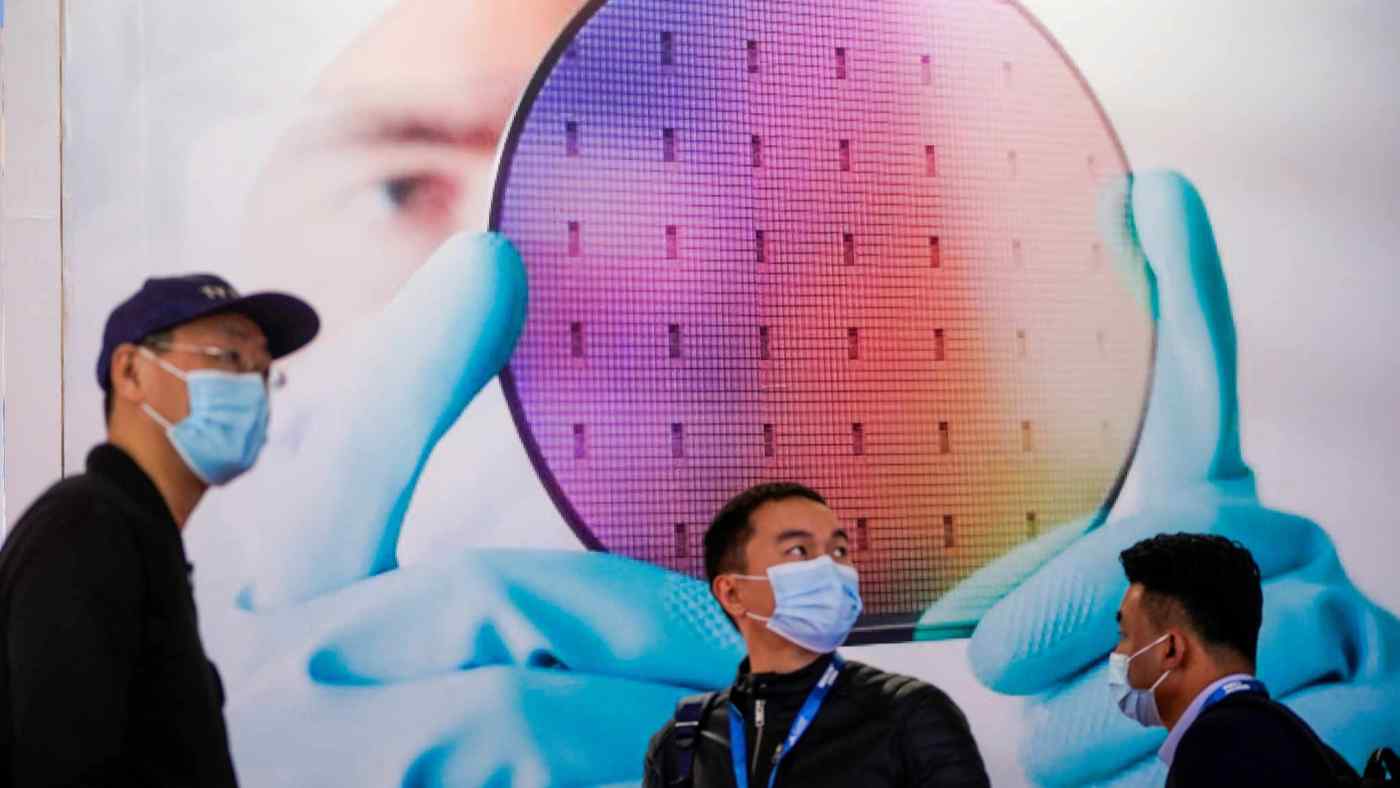 TAIPEI -- Taiwan has told staffing companies to remove all listings for jobs in China, a drastic move to prevent the outflow of vital tech talent to the mainland amid rising tensions between Taipei and Beijing.

The Labor Ministry said that all Taiwanese and foreign staffing companies on the island as a general rule may no longer post openings for jobs located in China, especially those involving critical industries such as integrated circuits and semiconductors, according to a notice seen by Nikkei Asia.

The move comes as Beijing seeks to build up the mainland's semiconductor industry -- a goal that has intensified demand for Taiwanese engineers.

"Due to geopolitical tension between the U.S. and China, China's semiconductor development has suffered some setbacks and as a result China has become more aggressive in poaching and targeting top Taiwanese chip talent to help build a self-sufficient supply chain," the ministry said in the notice.

Recruitment platforms and headhunters are barred from helping or representing any company in efforts to hire individuals for work in mainland China. Violators face fines from the ministry.

"If the recruitment involves semiconductors and integrated circuits, the penalty will be even higher," the notice said.

Taiwan's biggest recruitment platform, 104 Job Bank, told clients in a letter Wednesday to "please close your job vacancies in China as soon as possible to avoid violating the regulation," citing the ministry notice.

104 Job Bank confirmed to Nikkei Asia that it is contacting clients individually via email and phone to help them avoid breaking the regulations. The platform said that job listings in China already have fallen by half as of Thursday night, from 3,774 vacancies to 1,872.

"We don't foresee impact on us, but it is likely to affect enterprises seeking talents on the platform, as there's not enough grace period for these new regulations," a spokesperson at the platform said.

Taiwan's Labor Ministry did not respond to Nikkei Asia's request for comment as of publication.

The new rules apply not only to mainland and foreign companies, but also Taiwanese businesses such as iPhone assemblers Foxconn and Pegatron that have massive manufacturing bases in China, a 104 Job Bank spokesperson said.

Companies like Foxconn "will also have to remove all of their job listings on the platform first, and then put them back on under their Chinese subsidiaries, which are already approved by Taiwan's Investment Commission for operating in China," according to the spokesperson.

China has long viewed the democratic Taiwan as part of its territory. But relations between the two sides soured following the U.S.-China tech disputes. Taiwan's chip industry ranks second only to the U.S., and Washington hopes to partner with Taipei to curb Beijing's tech advancement.