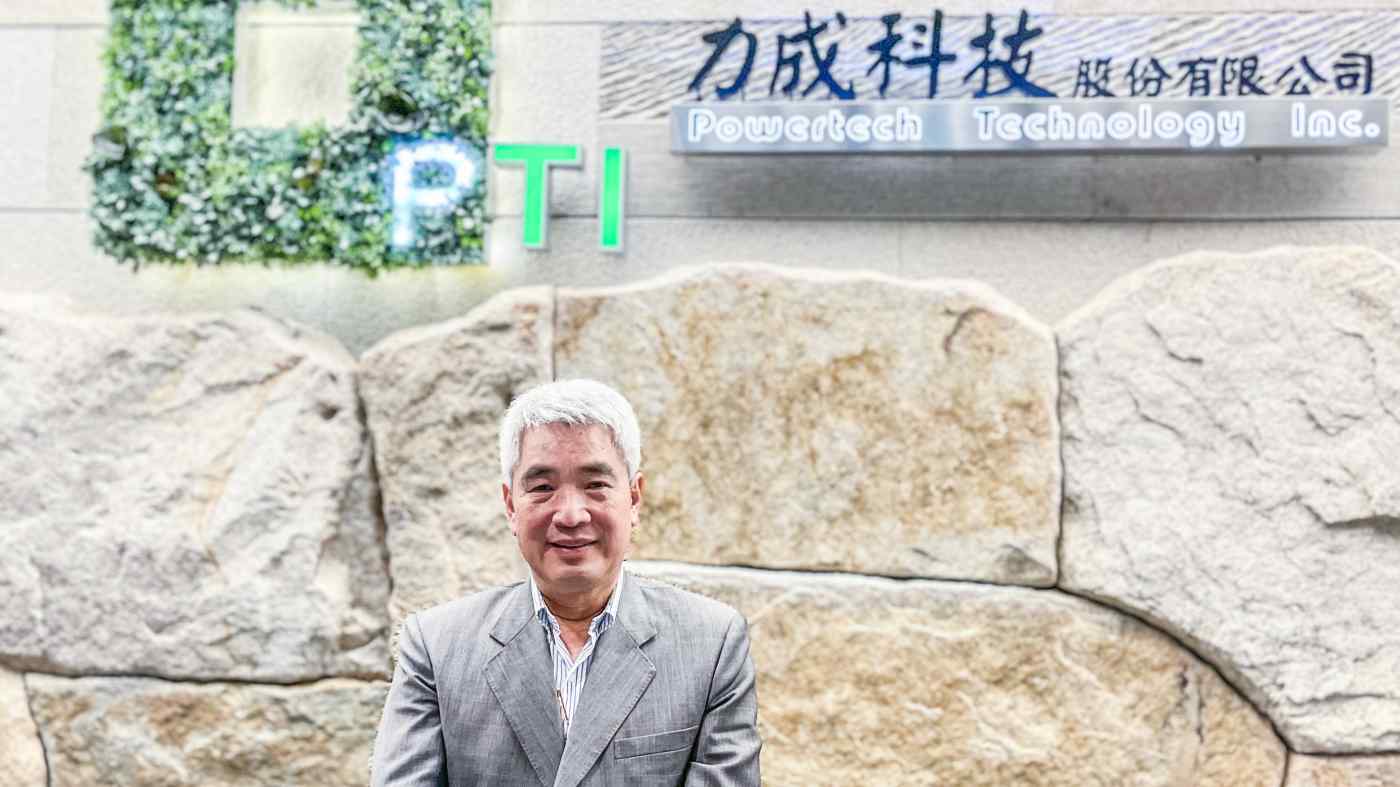 Powertech Technology CEO Boris Hsieh said the island boasts an unrivaled chip supply chain and that it is "too early" to decide whether to expand to the U.S.

"When it comes to total operation cost and a complete chip supply chain ... Taiwan is still the most competitive in the world," Hsieh told Nikkei Asia. "It may be a joke, but it is said in Taiwan that if you are short of one material, you can have it delivered by motorcycle. That just shows how the chip ecosystem here is so complete and efficient."

His remarks come as other tech companies, including Taiwanese peers such as Foxconn and Taiwan Semiconductor Manufacturing Co., expand their production footprint overseas, partly as a response to foreign governments keen to beef up their domestic supply chains.

Another reason to be based in Taiwan, Hsieh said, is its many leading chip manufacturers, including TSMC, United Microelectronics and Nanya Technology, which all operate major production sites on the island and are continuing to expand locally. Taiwan is also home to major global suppliers such as Unimicron and Nanya Print Circuit Board, which build substrates, crucial materials for the chip packaging process. Chip packaging and testing are the final steps in semiconductor manufacturing after chips are fabricated.

As a key supplier to Micron, Kioxia, Western Digital, Intel, Renesas Electronics, Mediatek and many others, Powertech is the world's biggest memory chip packaging and testing house and the world's fourth-biggest chip packaging service provider by revenue. Powertech is based in Hsinchu, 65 km southwest of Taipei. Most of its production is in Taiwan, although it also operates manufacturing and testing sites in China and Japan.

Supply chain disruptions brought on by the COVID-19 pandemic and uncertainties stemming from the U.S.-China tech war have convinced governments of the need to shore up domestic supply chains. The U.S. is expected to spend $50 billion to fund chip production, research and development on American soil, while Europe has pledged to bring one-fifth of the world's cutting-edge chip manufacturing to its shores by 2030.

Nevertheless, Hsieh said his company has not yet decided whether it will establish a production site in the U.S., though it is keeping a close eye on whether a chipmaking ecosystem is developing there.

"It's currently too early for companies like Powertech to decide whether to expand production in the U.S. It needs a lot of comprehensive reviews and planning to see if there will be a good chip ecosystem evolving before we make any major decisions and investments," Hsieh said.

TSMC Chairman Mark Liu previously said it is unrealistic for all major countries to build their own chip supply chains, as doing so would create excess capacity.

Powertech last year closed one of its Japanese plants, Powertech Akita, which it had acquired from U.S. memory chipmaker Micron, citing high costs, but said it will continue to expand its testing facility in the southwestern city of Kumamoto. The company said its total capital spending for 2021 will come to around 15 billion New Taiwan dollars ($530 million), a similar level to last year, with most of its capacity expansion slated for Taiwan.

Hsieh also discussed the global chip and component shortage that is affecting everyone from automakers to PC and industrial computer makers.

Powertech's nonmemory chip packaging subsidiary, Greatek Electronics, will see severe capacity constraints due to surging demand, he said, even if it is able to boost monthly output by 20% this year to more than 1 billion units.

"The current shortage will last at least till the end of this year," Hsieh said. "The situation is like a cafeteria that normally serves 100 people daily, but suddenly it becomes a travel hot spot and in come several tour buses and later these tour buses come every day, then it becomes very challenging to absorb these customers."

Hsieh said one of the key factors in the supply chain bottleneck is a boom in demand for personal computers that emerged in the stay-and-work-at-home economy of the pandemic.

Hsieh described the current situation as a "chain reaction," in which a shortage of any small part can cause a logjam in the whole supply chain. He confirmed that the lead time has significantly lengthened for various materials and types of equipment, such as wire bonders, a machine needed for chip packaging procedures, Ajinomoto build film, a key substrate, and other vital materials.

ASE Technology Holding, the world's biggest provider of chip packing and testing services and a key supplier to Apple and Qualcomm, said chip shortages have created a "snowball effect," with some of its equipment vendors warning that delivery of machines could be delayed as they themselves lack enough semiconductors to build the machines.

Nikkei Asia first reported in April that delivery times for some crucial chipmaking tools have grown to 12 months, which will slow expansion plans for a wide range of companies, including chip manufacturers, packaging and testing service providers and substrate suppliers.

While Powertech's production remains concentrated in Taiwan, the company is working to diversify its customer portfolio.

Previously, Powertech focused on serving big memory chipmakers as they provide very stable business, Hsieh said. But the company hopes to expand its nonmemory business to diversify its customers and product portfolios, the CEO said

"Most of the equipment and tools for chip packaging are shared between memory chips and nonmemory chips," Hsieh said.

Powertech's memory chip-related business accounted for around 70% of the company's revenue of NT$76.18 billion for all 2020. The company supplies major global memory chipmakers, as well as storage solution providers such as Micron, Kioxia, Kingston and Western Digital.