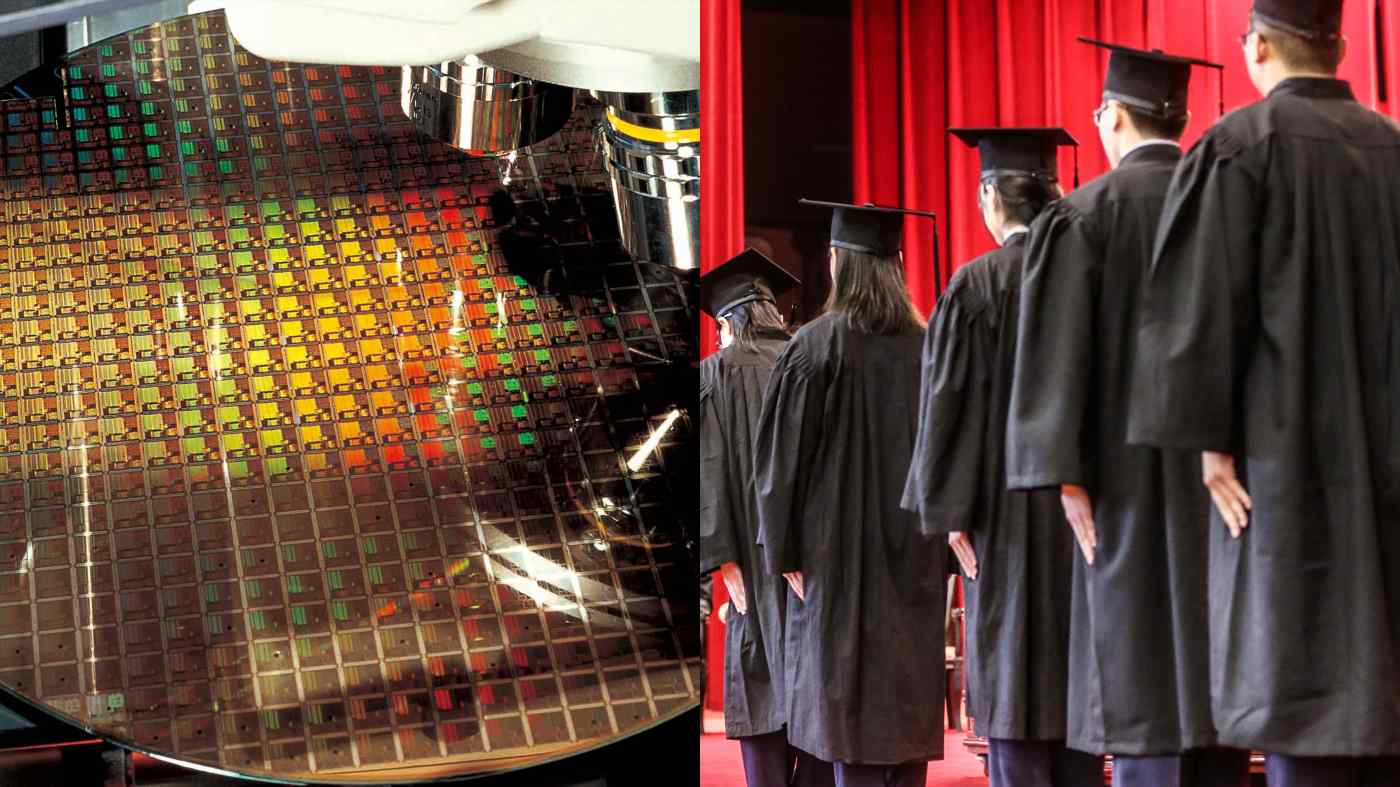 The administration of President Tsai Ing-wen and major chipmakers are investing at least $300 million to create graduate programs for the semiconductor industry over the next decade. (Source photos by Taiwan's Office of the President and TSMC)
CHENG TING-FANG and LAULY LI, Nikkei staff writersJuly 16, 2021 14:58 JST | Taiwan
CopyCopied

TAIPEI -- Taiwanese authorities and major chipmakers are investing at least $300 million to create graduate programs for the semiconductor industry over the next decade, in a move aimed at protecting the island's chip economy as the U.S. and China seek to cultivate their own talent and bring production onshore.