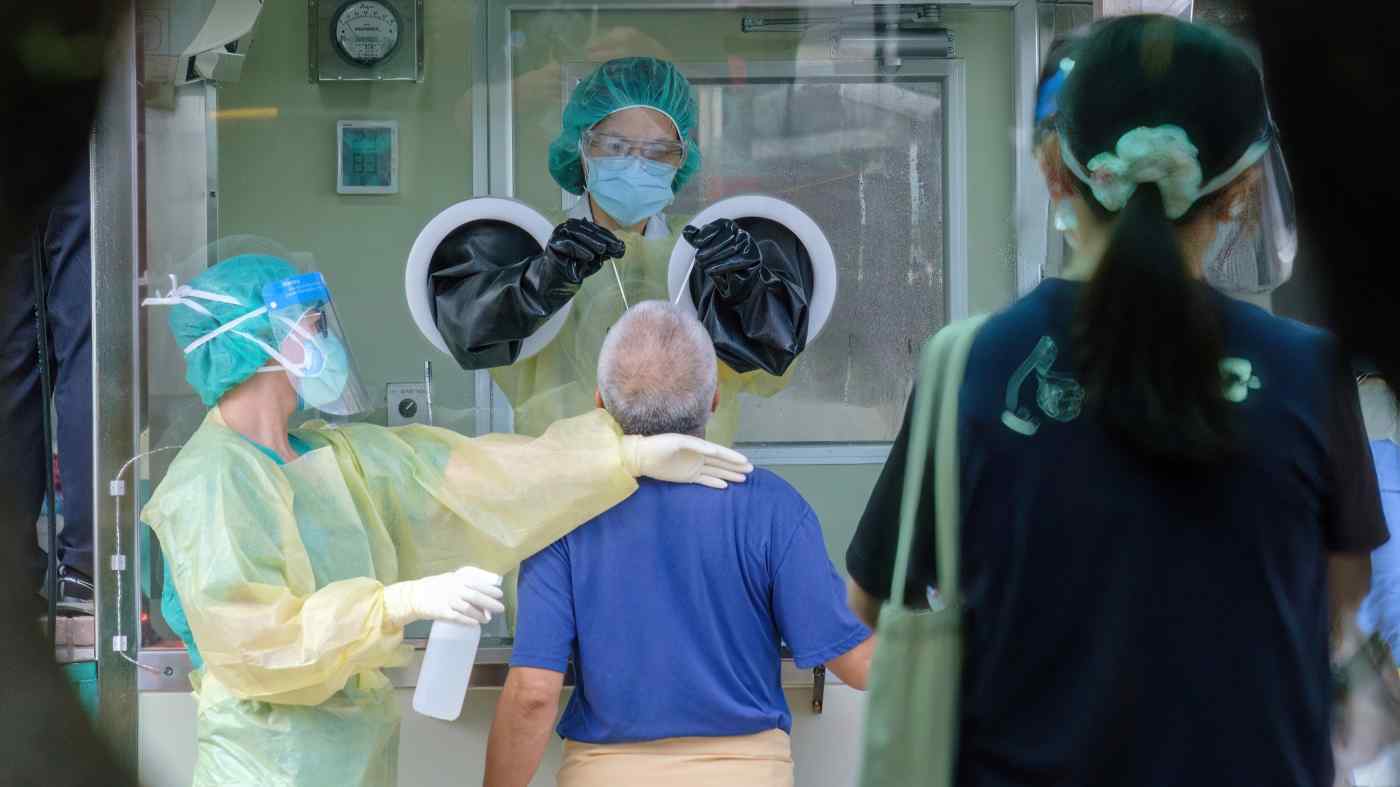 TAIPEI -- Two more Taiwan tech suppliers have been hit by COVID-19 clusters, in a further threat to supply chain continuity amid the global semiconductor shortage.

The two companies have production sites near a King Yuan plant in Miaoli County, which has confirmed 263 cases as of Sunday -- 219 of them among foreign workers, mainly from the Philippines. Most of the cases are linked with the companies, with King Yuan accounting for more than half the infections.

The government on Sunday ordered King Yuan, the world's leading chip testing service provider and a key supplier to Nvidia, Intel, MediaTek and many other top global chip developers, to stop all of its foreign laborers from working. The order was effective immediately, regardless of COVID test results.

King Yuan had previously aimed to resume production by Sunday night. Around 30% of the company's labor force are migrant workers.

"Foreign workers at King Yuan will have to stop working and begin quarantine for at least seven days. Only foreign workers with negative results of PCR tests after the quarantine can return to work," Centers for Disease Control Deputy Director-General Chuang Jen-hsiang told Nikkei Asia. "We will have another meeting to decide whether or not King Yuan can resume production later today."

The cluster infections risks worsening the global crunch of semiconductors and components that has hit a swath of industries from smartphones, computers, servers, to automobiles. Taiwan boasts the world's second-largest semiconductor industry by revenue after the U.S.

King Yuan has finished testing and has so far reported 195 positive infections out of its workforce of more than 7,000 employees. The final number of cases will be finalized in a few days, a Miaoli health official told Nikkei Asia. The two other companies are still testing their employees.

Local health authorities have told the companies to ask all of their migrant workers to stay inside dormitories.

King Yuan on Friday said that its planned 48-hour production suspension was estimated to reduce revenue and output in June by around 4% to 6%. MediaTek, a customer and a leading mobile chip developer, said its revenue will be hit by King Yuan's production halt.

"If our foreign workers could not come to work, that will further hit our production output for this month but the scale will need to be further calculated," a King Yuan spokesperson told Nikkei Asia.

The production resumption at King Yuan will have to be approved and guided by Taiwanese authorities to ensure the working environment is safe, according to Chuang of the CDC.

Greatek, a supplier to Taiwanese chip developers such as Phison and Realtek, is an affiliate of Powertech, the world's largest memory chip packaging and testing supplier. The company is testing 4,000 of its employees, more than 1,000 of them migrant workers, while Accton is also testing its 1,500-strong staff.

As of Sunday, 11 workers at both Greatek and Accton, had been confirmed to have contracted the virus, with the majority being migrant workers, a Miaoli local health official told Nikkei Asia, who added that numbers are likely to increase as both companies are still testing employees.

"We haven't stopped our production lines, but the testing of all employees and some prevention measures will surely affect our production utilization and output," Chen Sheng, vice president and spokesperson of Greaktek, told Nikkei Asia.

The government on Friday sent a support team to Miaoli to help the companies disinfect and conduct COVID tests on employees. The Hsinchu Science Park, the most important hub to many top Taiwanese chipmakers, has set up a testing station and is testing around 4,000 out of the roughly 10,000 migrant workers at the companies in the area.

Taiwan had around 700,000 migrant workers at the end of last year, with most coming from Vietnam and the Philippines, according to National Development Council data.