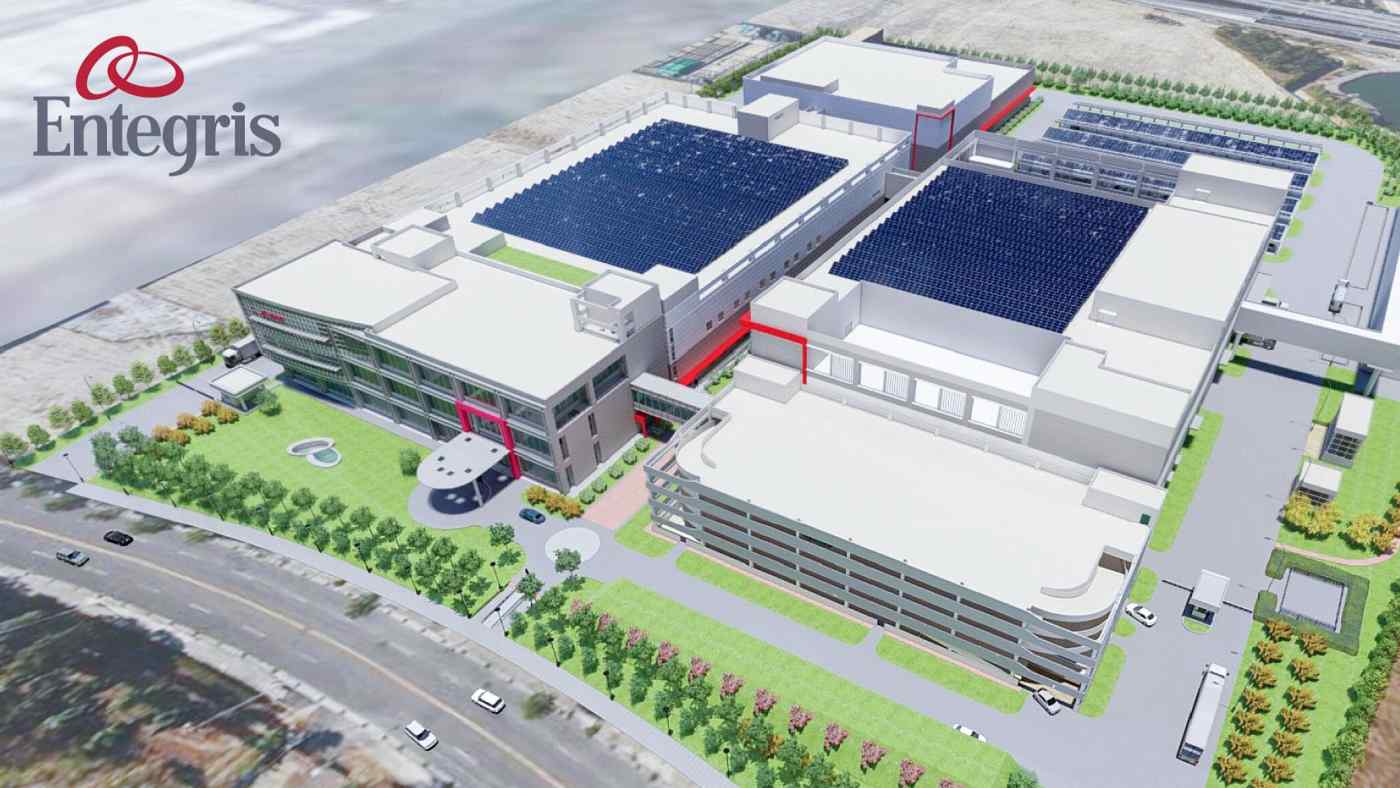 TAIPEI -- U.S. chip material maker Entegris plans to more than double its investment in Taiwan and build its largest manufacturing site on the island, in a major win for the key Asian chip economy as it races to secure its position in the semiconductor supply chain.

Entegris will invest $500 million in Taiwan over the next three years, up from previous plans of $200 million, company CEO and President Bertrand Loy told Nikkei Asia in an interview on Wednesday. The company is building a manufacturing facility in the southern Taiwanese city of Kaohsiung to supply Taiwan Semiconductor Manufacturing Co. and others. Operations are set to begin by the end of next year, with mass production to start by mid-2023.