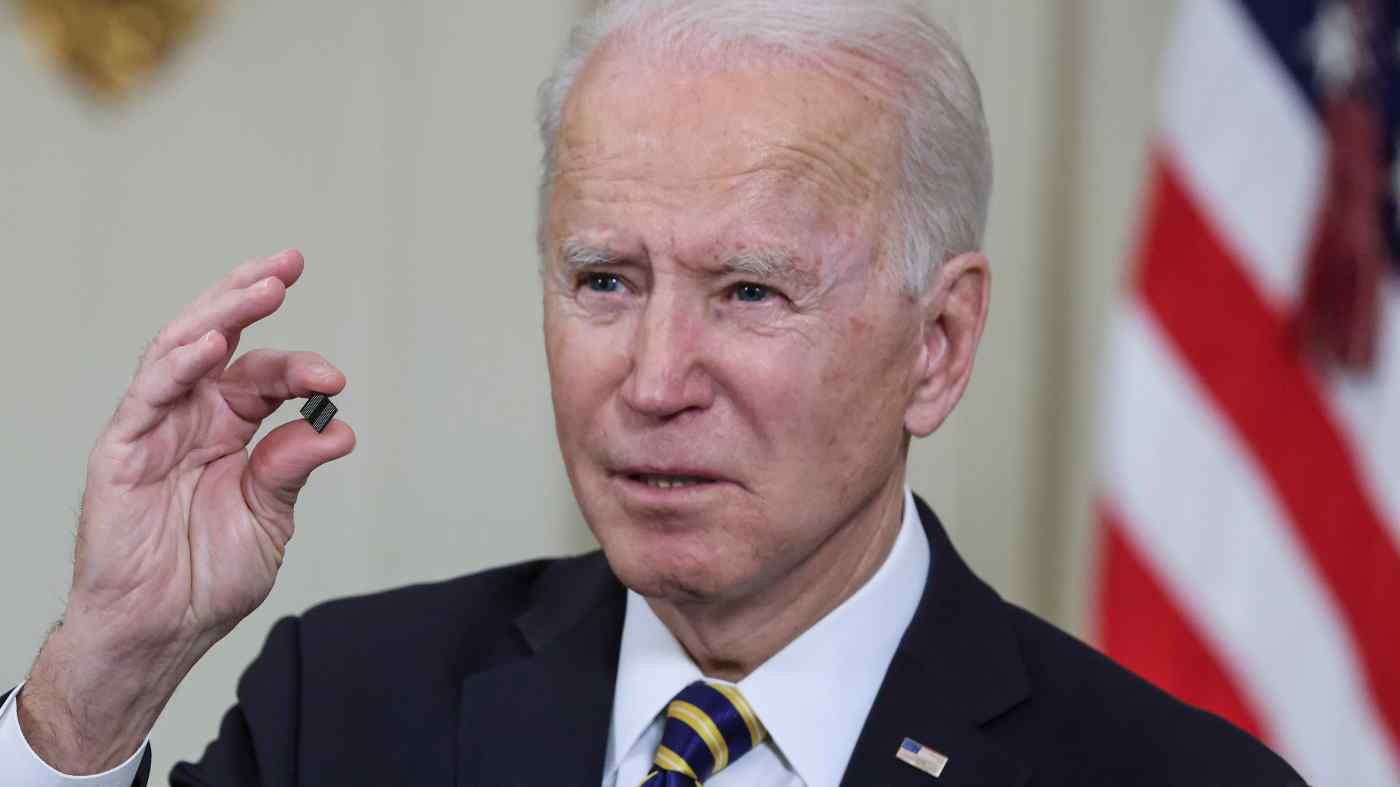 WASHINGTON/TAIPEI -- In the morning of March 5, a private jet flew into Taiwan Taoyuan International Airport in the city of Taoyuan, located in the northwest of the island.

After receiving a minimal test for COVID-19, Lores met a legion of senior executives of Taiwanese chipmakers and urged them to supply semiconductor devices to the U.S. computer maker swiftly. He only spent several hours in Taiwan during this secret emergency visit, made amid serious concerns about a global shortage of computer chips.

The chip crunch is a consequence of the decision made last May by the U.S. administration of then-President Donald Trump to block companies around the world from using U.S.-made machinery and software to design or produce chips for China's Huawei Technologies or its entities, starting in September.

Huawei, which was one of the world's largest smartphone makers, relied on U.S.-made technologies to make the chips for its smartphones and tablets.

The Trump administration's policy action of prohibiting U.S. companies with sensitive information technology to transact with Huawei without first obtaining a Department of Commerce license would clearly make it hard for the Chinese maker to secure vital supplies of state-of-the-art semiconductor devices made by Taiwan Semiconductor Manufacturing Co., the world's biggest contract chipmaker.

Huawei used "all the money and power it had" to purchase as many chips as possible from TSMC to build up its inventory as it braced for the impact of the ban when it came into effect in September, according to an industry executive.

In a letter dated Sept. 25, the department's Bureau of Industry and Security said it had determined that exports to SMIC or its subsidiaries "may pose an unacceptable risk of diversion to a military end use in the People's Republic of China."

This letter made U.S. chipmakers aware of how serious the government was about punishing China's semiconductor sector, prodding their senior executives into visiting Taiwan, home to many competitive chip manufacturers, to secure supplies.

The actions taken by the U.S. against Huawei and SMIC have caused a concentration of chip production in Taiwan, creating uncertainty and disruption for the global semiconductor supply chain.

The shortage has been particularly disruptive for automakers because the production of vehicles relies on dozens of computer chips for electronic components that control engines, transmissions and other systems.

The chip shortage forced Ford Motor to announce a production cut of up to 20% earlier this year. General Motors said in early February that the crunch could shave up to $2 billion from 2021 profits.

In unusual moves, the governments of Japan, the U.S. and Germany have called on Taiwan to ramp up its chip output.

But things have barely gotten better. The U.S. Chamber of Commerce, the Semiconductor Industry Association and 15 other business groups sent a letter on Feb. 18 to the Biden administration, urging it to take quick action to tackle the challenge.

The shortage of a vital component for automobiles, phones and other electronic devices is posing an early challenge to President Joe Biden's promise to revive a manufacturing sector depressed by the pandemic.

Six days after the letter was sent, Biden signed an executive order to address the shortage. Showing a tiny semiconductor chip pinched between his fingers before signing the order, Biden said the supply crunch "has caused delays in production of automobiles that has resulted in reduced hours for American workers."

The order is designed to address the vulnerabilities in U.S. supply chains across critical sectors and calls for a 100-day review of key products, including semiconductors and advanced batteries used in electric vehicles.

Biden also said he will seek $37 billion in funding for legislation to supercharge chip manufacturing in the U.S., including funds for TSMC's new plant in the country. 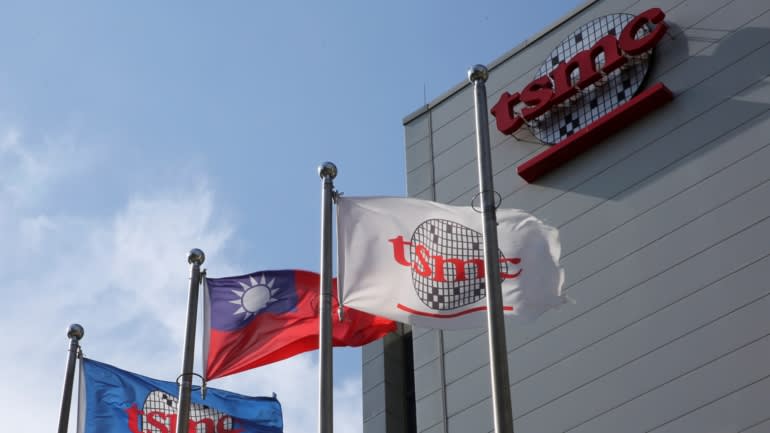 Taiwanese chipmaker TSMC and Dutch photolithography system manufacturer ASML are the most competitive players in the semiconductor sector today.   © Reuters

But TSMC is not the only company that is crucial for Washington's strategy for responding to China's challenge to U.S. technological supremacy.

Shortly before Biden signed the executive order, national security adviser Jake Sullivan spoke by phone with Geoffrey van Leeuwen, the foreign affairs and defense adviser to the prime minister of the Netherlands. In a statement, the National Security Council's spokeswoman, Emily Horne, only said that the two officials had "discussed our close cooperation on advanced technologies and cybersecurity."

But a U.S. administration official says it was about the Netherlands' ASML Holding, the world's leading manufacturer of photolithography systems for chip production.

TSMC and ASML are the two most competitive players in the world semiconductor sector today. "Intel and the U.S. failed to take their technological prowess seriously, and as a result lost technological leadership to them in the past several years," said a senior executive at a Japanese semiconductor equipment maker that long has been doing business with both companies. The two are now "so far ahead that it is impossible to catch up with them."

The report argued it is dangerous for the U.S. to remain dependent on Taiwan for semiconductor devices when China is threatening the island.

Ironically, the battle between the U.S. and China over semiconductor technology leadership has brought to the fore their reliance on Taiwan for cutting-edge chips.

The chip shortage poses a serious policy challenge for both Washington and Beijing at a time when expanding use of AI technology is predicted to drive up demand for advanced semiconductor devices in the coming years.