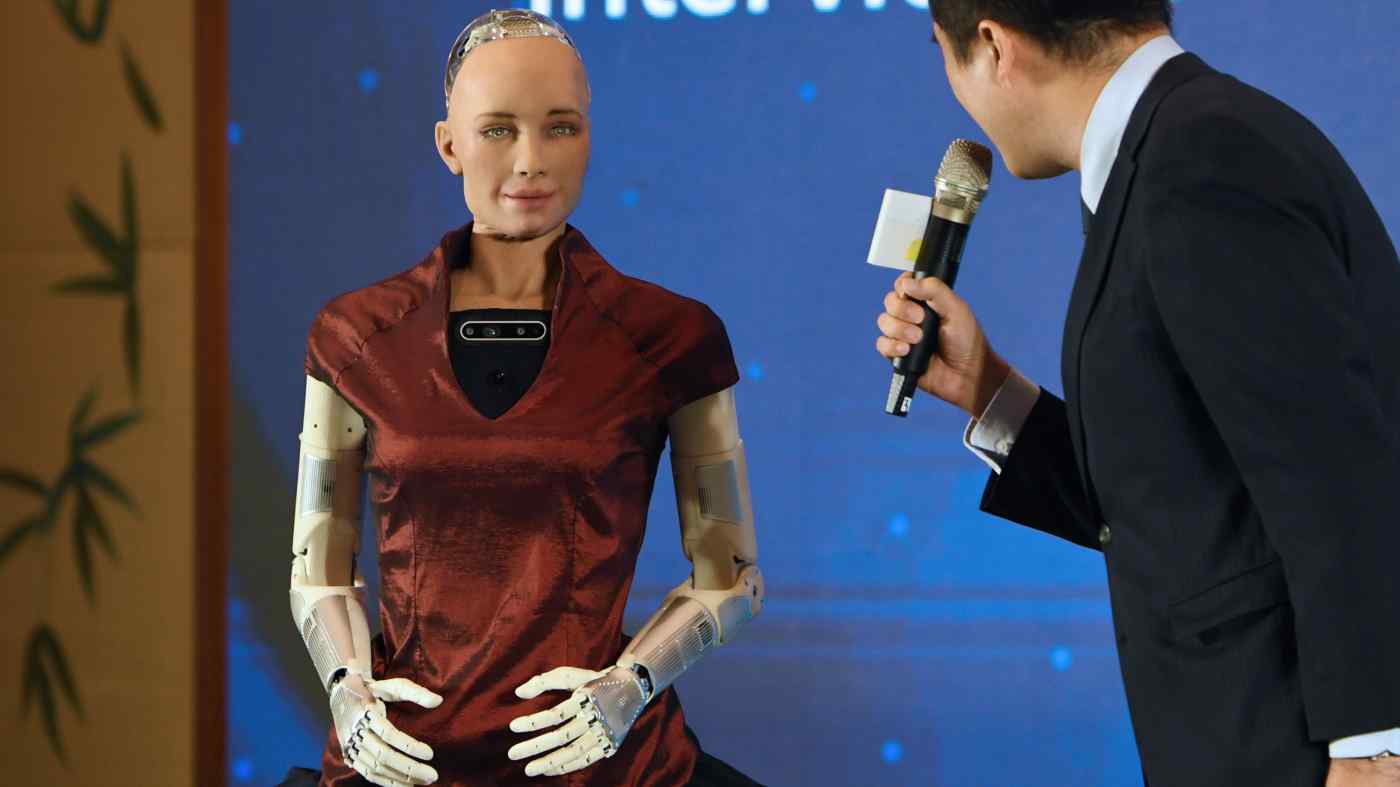 SHENZHEN -- The U.S.-China trade war has failed to stall investment in artificial intelligence, corporate executives and academics from Japan, mainland China and Hong Kong said, as they discussed the latest developments in AI and robotics at a forum here Tuesday.

"When we look at our performance and product sales, there has been remarkable improvement," Cai Xinfa, special assistant to the president of Ping An Bank, said of AI's merits at the Asia Innovation Conference organized by Nikkei and Yicai Media Group.

Ping An Bank has managed to handle double or triple the number of business transactions with 40% fewer staffers thanks to AI applications, Cai said. From payment to marketing, a total of seven major AI applications are used in the financial sector, he said.

The bank, part of Ping An Insurance Group, China's largest insurer by market capitalization, has utilized AI to ease and hasten the process for automobile accident claims. From a mere photo, AI-enabled computers can identify the vehicle model and damaged parts, matching them with the cheapest suppliers in the database.

Cai projects that 80% of customer service will be replaced with AI in the future as the technology develops.

The conference welcomed on stage Sophia, a human-like robot created by Hanson Robotics of Hong Kong. Sophia can respond to preprogrammed questions.

When asked about the difference between a robot and a human, Sophia replied: "I think you know better than me and you are teasing me with your human knowledge."

Ryosuke Okuta, chief technology officer of Tokyo-based AI startup Preferred Networks, said artificial intelligence will play a greater role as visual and audio technologies improve, especially in the areas of facial and voice recognition. Such improvements will expand the use of AI in various industries such as autonomous driving, a departure from the current application of controlling a robot through data input.

Preferred Networks will strive to develop software that anybody can use, and not just experts, Okuta said.

The U.S. has blocked access to American technology for Chinese companies such as telecom equipment supplier Huawei Technologies, creating uncertainties in the investment community. But some industry watchers regard this setback as an opportunity that will push Chinese enterprises with strong technology to adapt.

"Under these circumstances, we will focus on enterprises with core innovation technologies," Mitsuhiko Hatano, general manager of Japan's Mizuho Bank in China, told the Nikkei Asian Review on the sidelines of the conference.

Amid the intensifying race to attract the best talent in AI, experts agreed that college students who prefer to work for startups rather than established companies will be most interested in the field.

Meanwhile, other experts warned about the absence of adequate regulation governing AI, as debates emerged on the ethical use of photos of people captured on cameras installed in public areas or gained through social media.

"We should not have too much expectation," said Wu Haishan, vice general manager of WeBank, a digital lender backed by Chinese internet giant Tencent Holdings.

Wu argued that AI may have surpassed humans in terms of processing data, like in the banking sector, but that it will take some time before data-driven machines can replace a driver fully.

It is crucial for investors to know the advantages and risks in business sectors that use AI, said Zhu Xiaorui, a professor at China's Harbin Institute of Technology.