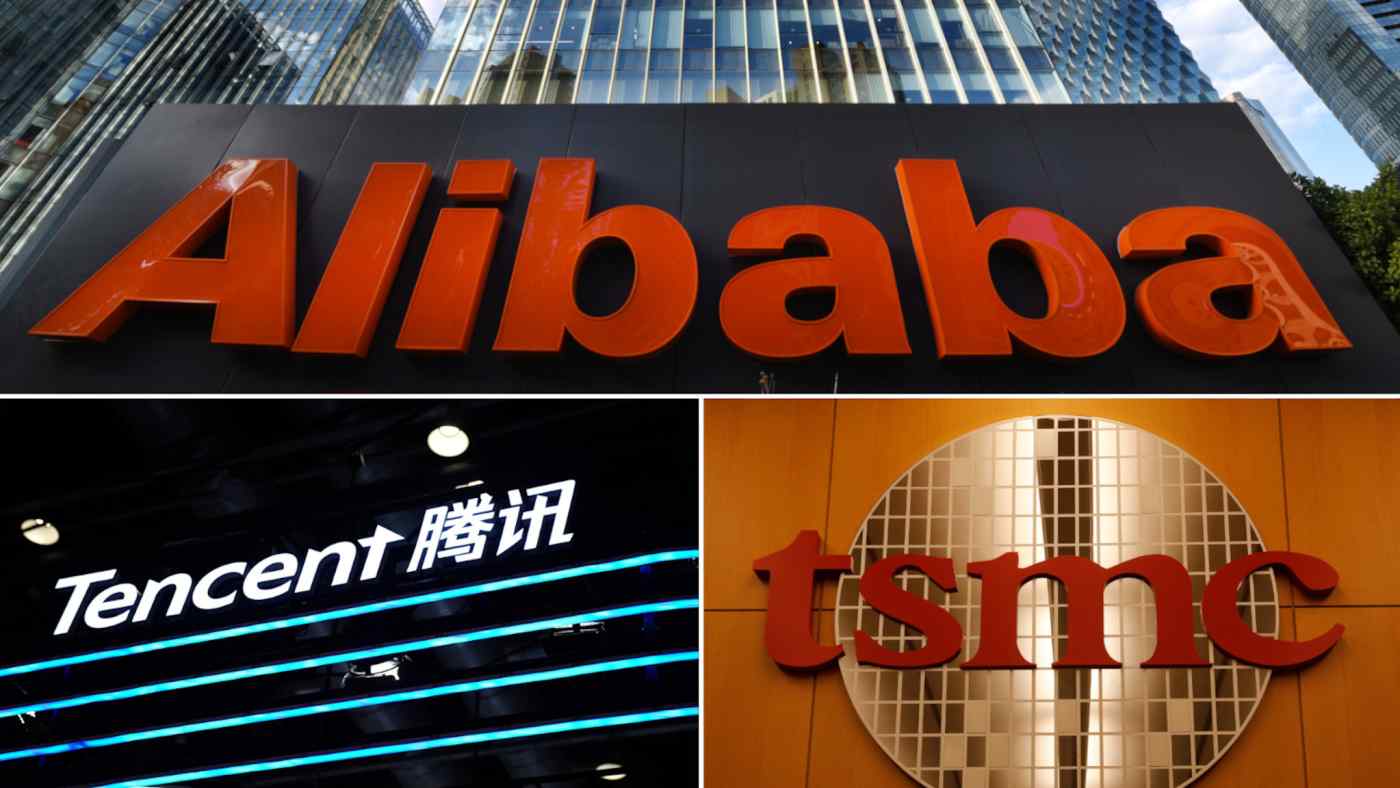 TOKYO -- Major Asian tech companies have thrived in recent months despite the coronavirus pandemic, as stay-at-home demand reshuffles the ranks of the region's top earners in favor of companies such as e-tailers and chipmakers.

Chinese companies occupy seven of the top 10 spots in a recent Nikkei ranking, with Alibaba Group Holding and others placing significantly higher than last year. Fellow e-tailer JD.com was among those to ascend past hundreds or even thousands of businesses on the list.

Nikkei ranked 15,700 companies this year from 15 Asian economies including mainland China, Taiwan, Japan and India in terms of quarterly net profit in dollars. The data, provided by QUICK FactSet, covers three-month periods ended in May, June and July.

Japan's SoftBank Group sits atop the rankings, though this status results mainly from the proceeds of recent stock sales by the tech holding company.

Industrial & Commercial Bank of China ranked second, followed by Bank of China. The megabanks have propped up the Chinese economy. Yet the economic slump is becoming a drag on earnings, with the balance of nonperforming debt rising as well.

Alibaba earned $6.7 billion in quarterly profit, propelling the e-commerce group to fourth place in the just-ended quarter from 13th in the year-earlier period. JD.com, China's second-largest online seller, rocketed to No. 12 from 610th place.

Game and chat service provider Tencent Holdings climbed to seventh place from 11th, while fellow gaming developer NetEase rose in the rankings as well. Kweichow Moutai, the distiller of the hard liquor baijiu, rose to No. 26 from 38th.

Kingsoft, which develops workplace software, soared all the way from 17,774th place last year to 28th.

In Japan, stay-at-home demand provided a tailwind to the gaming businesses at Sony and Nintendo, lifting the companies to No. 13 and No. 35, respectively. The domestic automobile industry has suffered as vehicle purchases shrink, sending Toyota Motor falling to 23rd place from seventh.