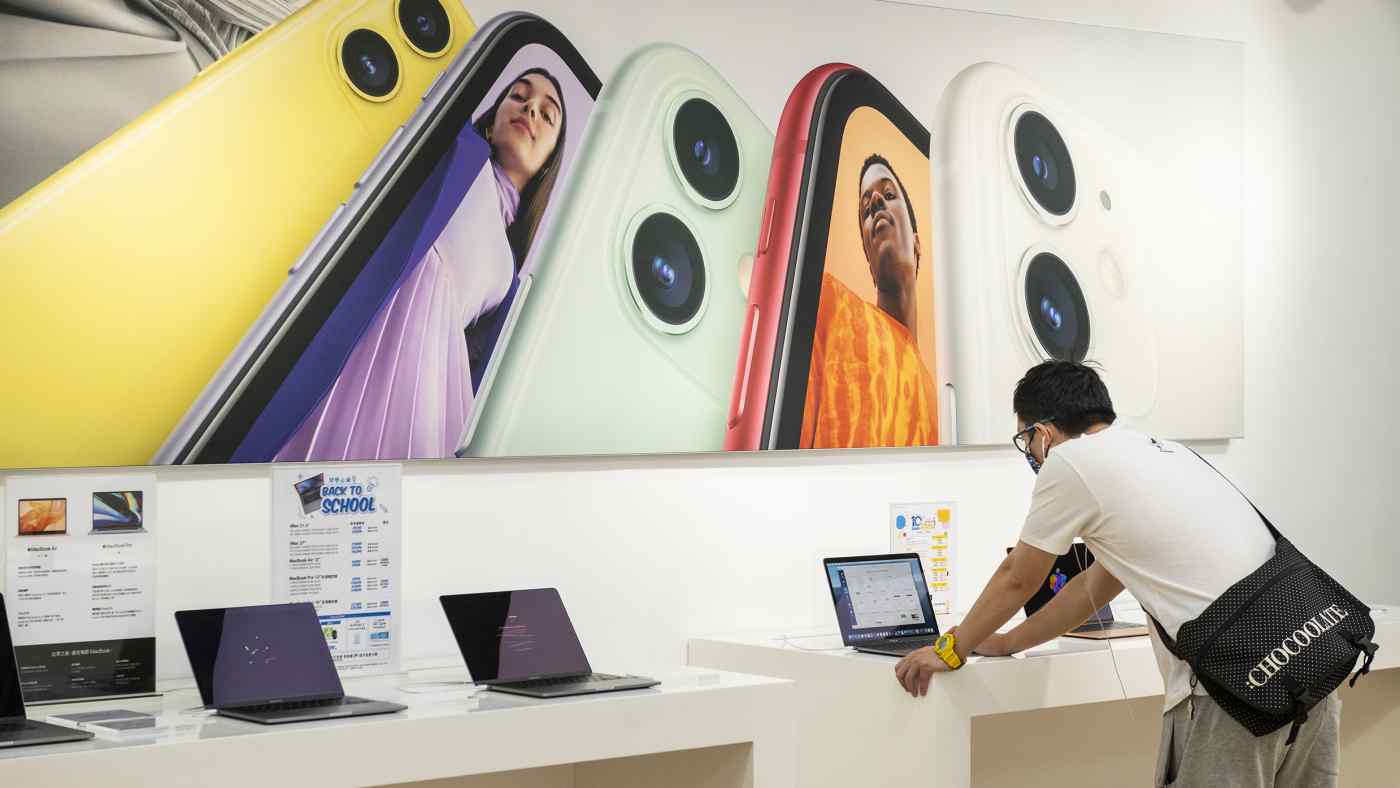 These initial production orders for the first MacBooks to use the Apple Silicon central processing unit are equivalent to nearly 20% of total MacBook shipments for 2019, which came in at 12.6 million units, sources briefed on the matter said.

Apple has also placed robust orders for older models of iPhones ahead of the holiday season to make up for shortages of its 5G lineup, which faced a monthlong production delay due to the coronavirus pandemic.

The U.S. tech giant is slated to introduce other MacBook models using its own CPUs in the second quarter of next year, further replacing Intel's microprocessors, the sources added. Apple has said it intends to completely cut the use of Intel's standard CPUs, which rivals HP, Dell, Lenovo and Asustek also use for their computers, in its MacBook lineup within two years.

The Cupertino-based tech giant is scheduled to host an online launch event for the Apple Silicon MacBook next Tuesday, the same week it will finally begin shipping the delayed 5G iPhone 12 Mini and iPhone 12 Pro Max -- one month after the models were unveiled on Oct 13. The other two models, the iPhone 12 and iPhone 12 Pro, started shipping on Oct. 23.

Demand for the iPhone 12 Pro has been much stronger than Apple anticipated. Making matters worse, the company has been hit by supply constraints for some components, such as power chips and lidar components used for depth-sensing imaging functions, Nikkei Asia learned. In response, Apple has reallocated some components intended for iPads to the iPhone 12 Pro, two people familiar with the matter said.

"That has affected around 2 million units in overall iPad production compared with its previous production plan for this year," one of the sources said. Bloomberg also reported that there are some power management IC shortages within the supply chain which could impact the iPhone 12's availability.

To fill the empty space on shelves, Apple has asked suppliers to prepare more than 20 million units of iPhone 11, iPhone SE and iPhone XR handsets from October through the year-end for holiday shopping season and early next year. That is equivalent to more than a quarter of the orders Apple placed for the new iPhone 12 series this year, which is around 75 million to 80 million units, people who have direct knowledge of the matter told Nikkei Asia.

Any iPhone 11, iPhone SE and iPhone XR handsets assembled after October will not come with a charger or wired earphones, the sources added. The iPhone 11 Pro and iPhone 11 Pro Max, meanwhile, have reached their end of product life and will no longer be produced, they said.

"The momentum for the iPhone 11 is surprisingly strong and keeps going. But that's not the case for Pro and Pro Max," an executive-level source told Nikkei.

"It's about time for the iPhone 11 Pro and Pro Max [to stop production]," another person with direct knowledge of the matter said. Continuing to produce those two models would "affect sales of the iPhone 12 Pro and Pro Max," while the specs of iPhone 11 are sufficiently different to avoid that issue, the source added.

The orders for the iPhone 11, one of the flagship phones unveiled last September, and the cost-effective iPhone SE introduced this spring are each close to around 10 million units, a third source said. "The orders for older models are really better than expected."

Both the new MacBooks and the older models of iPhones made from October will still be manufactured in China, the people said.

Apple did not respond to Nikkei Asia's request for comment as of publication time.

It has been a challenging year for Apple. The U.S. tech giant has high hopes for its first-ever 5G iPhones, but the development process and production were significantly affected by the global pandemic. Apple had to rely largely on remote conferencing, expensive and secretive deliveries of samples, and its suppliers to complete the crucial verification processes for the 5G iPhones.

The company also faces geopolitical uncertainties in the Chinese market due to the U.S.-China tech war and Washington's relentless crackdown on Apple's biggest Chinese rival, Huawei Technologies. Revenue from China, Apple's third-largest market after the U.S. and Europe, fell as much as 29% on the year to $7.9 billion last quarter, the lowest since 2014.

Apple lost its No. 2 position in the global smartphone market to Huawei in 2019, and Xiaomi recently edged it out of the top three in the September quarter. The start of sales for the long-awaited 5G iPhone 12 amid the holiday season could help the company bounce back in the final quarter of this year, but the new waves of COVID-19 in Europe and the U.S. continue to weigh on consumer confidence and the global economic outlook.

Like its latest iPhone processor chips, Apple's latest CPUs for MacBooks are designed by the U.S. company but produced by Taiwan Semiconductor Manufacturing Co., the world's biggest contract chipmaker, and are made by TSMC's most advanced 5-nanometer chip manufacturing technology, sources said.