Apple and Google under antitrust scrutiny in Japan for mobile OS 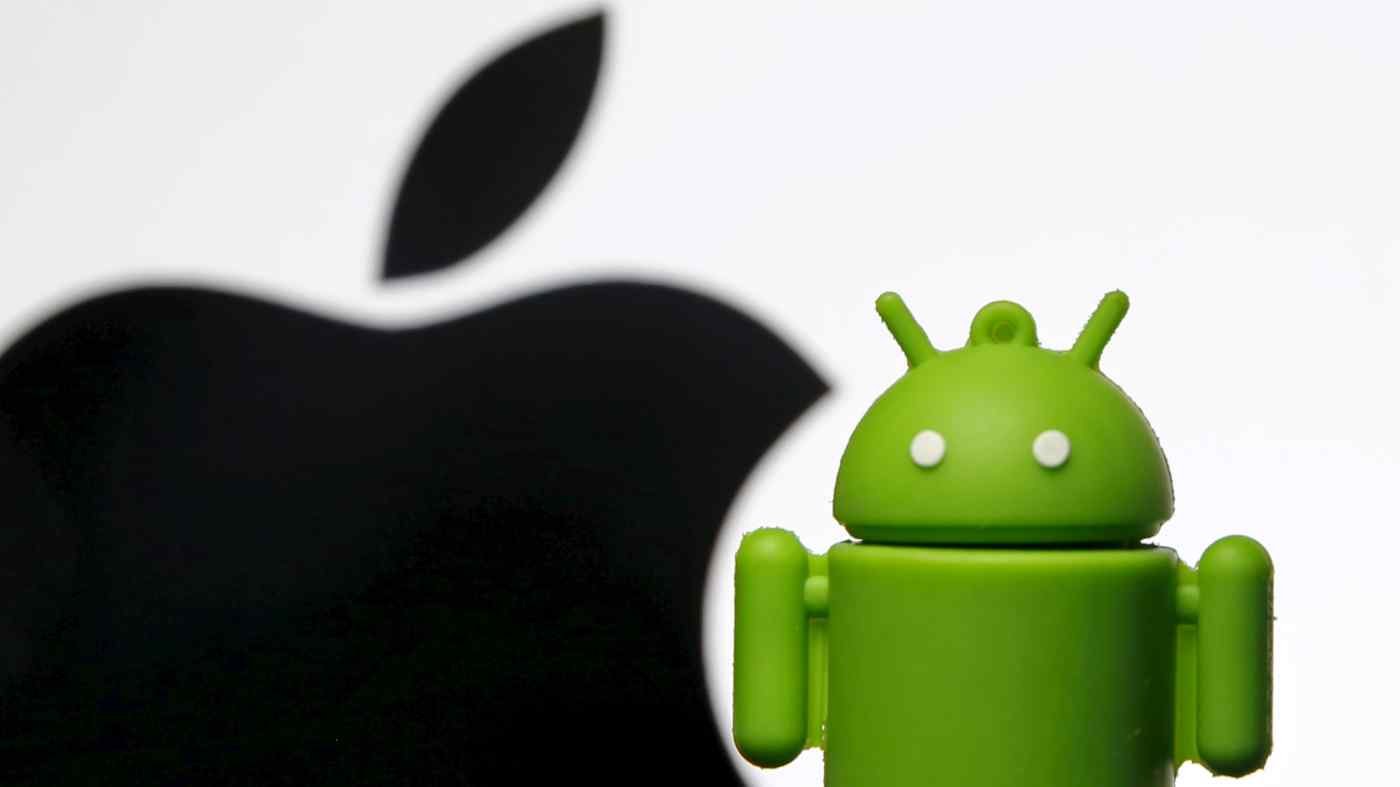 TOKYO -- Japan's Fair Trade Commission will investigate whether Apple and Google are leveraging their dominance in the smartphone operating system market to eliminate competition and severely limit options for consumers.

The study will involve interviews and surveys with OS operators, app developers and smartphone users, commission Secretary-General Shuichi Sugahisa told reporters Wednesday. The initiative will explore market conditions not only for smartphones, but for smartwatches and other wearables.

The antitrust watchdog will compile a report outlining OS market structure and the reason why competition has remained static. The commission will work with the central government's Digital Market Competition Council, which is moving forward with its own market probe.

Practices found to be anticompetitive will be itemized in the report, along with possible violations of Japan's law against monopolies.

In February, the government implemented the Act on Improving Transparency and Fairness of Digital Platforms. If officials decide that the law applies to the OS market, OS operators will be told to submit regular reports on transactions to the Ministry of Economy, Trade and Industry.

In Japan, Apple's iOS commands a nearly 70% share among smartphone operating systems while Android's share stands at 30%. Any developer of apps -- whether they specialize in music, streaming videos, e-books or mobile games -- need to match the software with specifications of the operating systems if they want to appear on smartphones.

Google has been accused of telling device makers to include its search app as a condition for having Android installed. Consumers who use these devices are unable to use other search apps.

The Fair Trade Commission will probe whether Apple and Google-parent Alphabet are using their market supremacy to corner the apps and leave consumers at a disadvantage.

Competition agencies around the world are moving to remove restrictions tech giants impose on consumers and developers.

In the U.S., the Federal Trade Commission submitted a report to Congress in May that states how mobile device manufacturers use parts and adhesives that are unavailable to consumers and third-party operators, which goes against so-called right-to-repair legislation. The FTC launched an antitrust investigation in July.

The U.S. Justice Department brought an antitrust suit against Google last October citing anticompetitive practices in the search engine market. According to the suit, Google paid Apple up to $12 billion a year in exchange for being the default search engine on the Safari browser. The Justice Department also takes Google to task for prioritizing its own apps in the Android OS.

The European Union has previously punished Google for freezing out rivals. In 2018, the European Commission levied a 4.3 billion euro ($5 billion) fine against the company for compelling device makers to pre-install the Android OS together with Google apps.

Japan's Fair Trade Commission has been scrutinizing the digital sector since 2019. A probe of the cloud services market was launched in April. The latest inquiry will be the fourth taken in this initiative following the e-commerce market and app stores, digital advertising and cloud services.