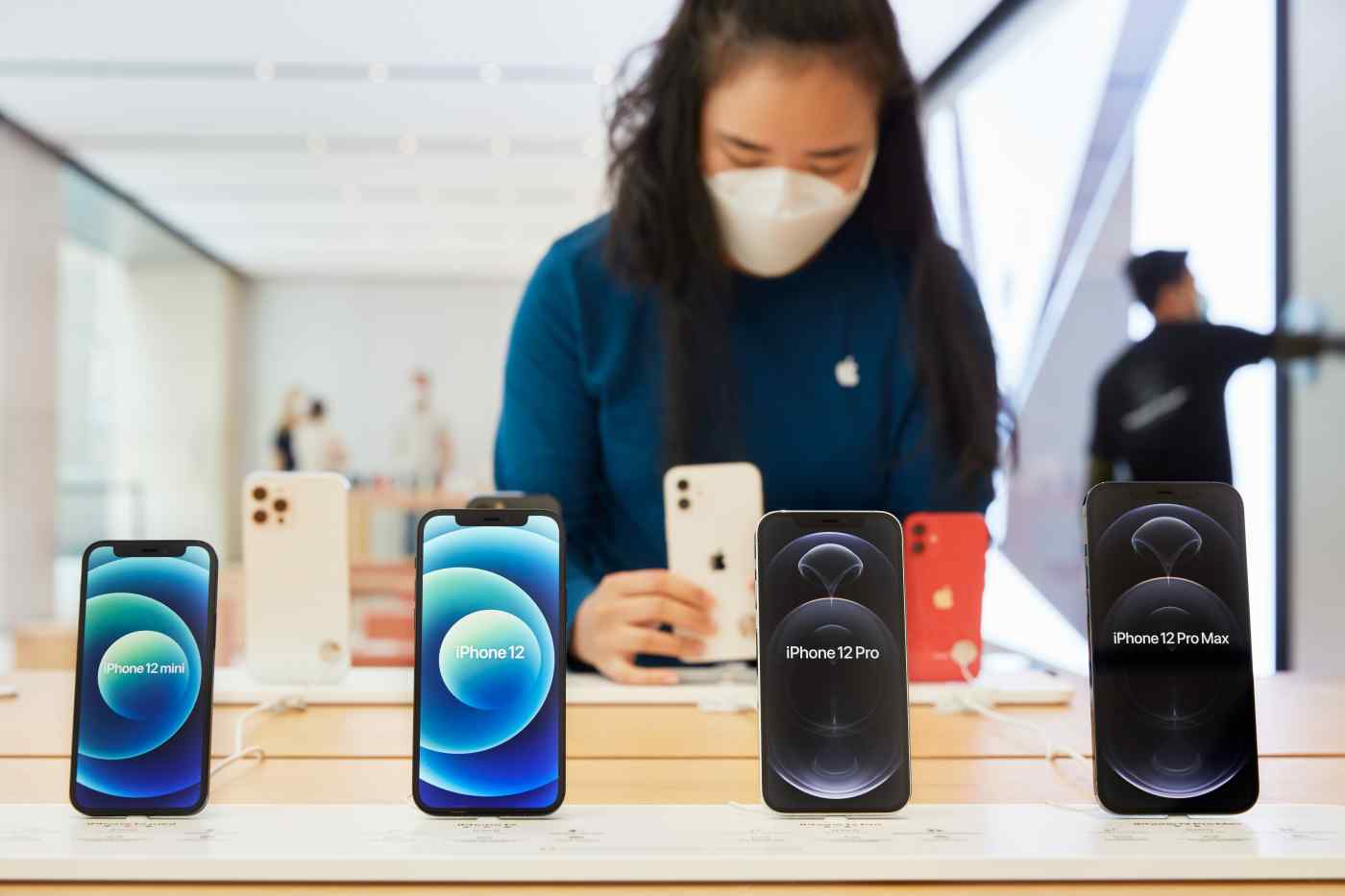 PALO ALTO, U.S. -- Apple reported its highest-ever March quarterly revenue on Wednesday driven by robust sales of its first 5G iPhones, especially in China. However, the U.S. tech giant warned that its June quarter number might not be as robust, acknowledging that it is struggling with the supply constraints plaguing the global tech industry.

"The shortages ... affect primarily the iPad and the Mac, and so we’ll have some challenges in there, and challenges in meeting the demand that we’ve got," Apple CEO Tim Cook said during an earnings call Wednesday, confirming a report by Nikkei Asia this month.

For the three months ended March 27, Apple's total revenue grew 54% on the year to reach $89.6 billion. Greater China, which includes mainland China, Hong Kong and Taiwan, reported an 87.5% year-over-year revenue increase to $17.7 billion in the quarter, up from the $9.5 billion last year.

"We were very pleased with our performance in China," Cook said. "We set a March quarter revenue record [in China], and grew strong double-digits across each of the product categories and so the revenue growth [in the country] was broad."

Apple said the strong year-over-year growth around the world was partly due to the COVID-19 lockdown that took effect during the March quarter last year, which hit the company revenue hard at the time.

"The Q2 [March] quarter last year is the quarter that China would have entered a shutdown first and then the rest of the world entered the shutdown in the middle part of March, and so part of the growth is the comparison point," Cook said.

Apple's record March earnings came mainly from the 65.5% year-over-year increase in iPhone sales to $47.94 billion. However, the company also saw double-digit percentage growth in all its other product categories, including Macs, iPads, wearables and services, a trend driven by the widespread adoption of working from home and remote learning.

The company is also expecting a further boost from the iPhone 12 lineup, the first 5G iPhones, which have only been on sale for about six months.

"We believe supply constraints will have a revenue impact of $3 to $4 billion in the June quarter," Apple CFO Luca Maestri said during the earnings call.

Apple's share price jumped as much as 3.6% during after-hours trading Wednesday.