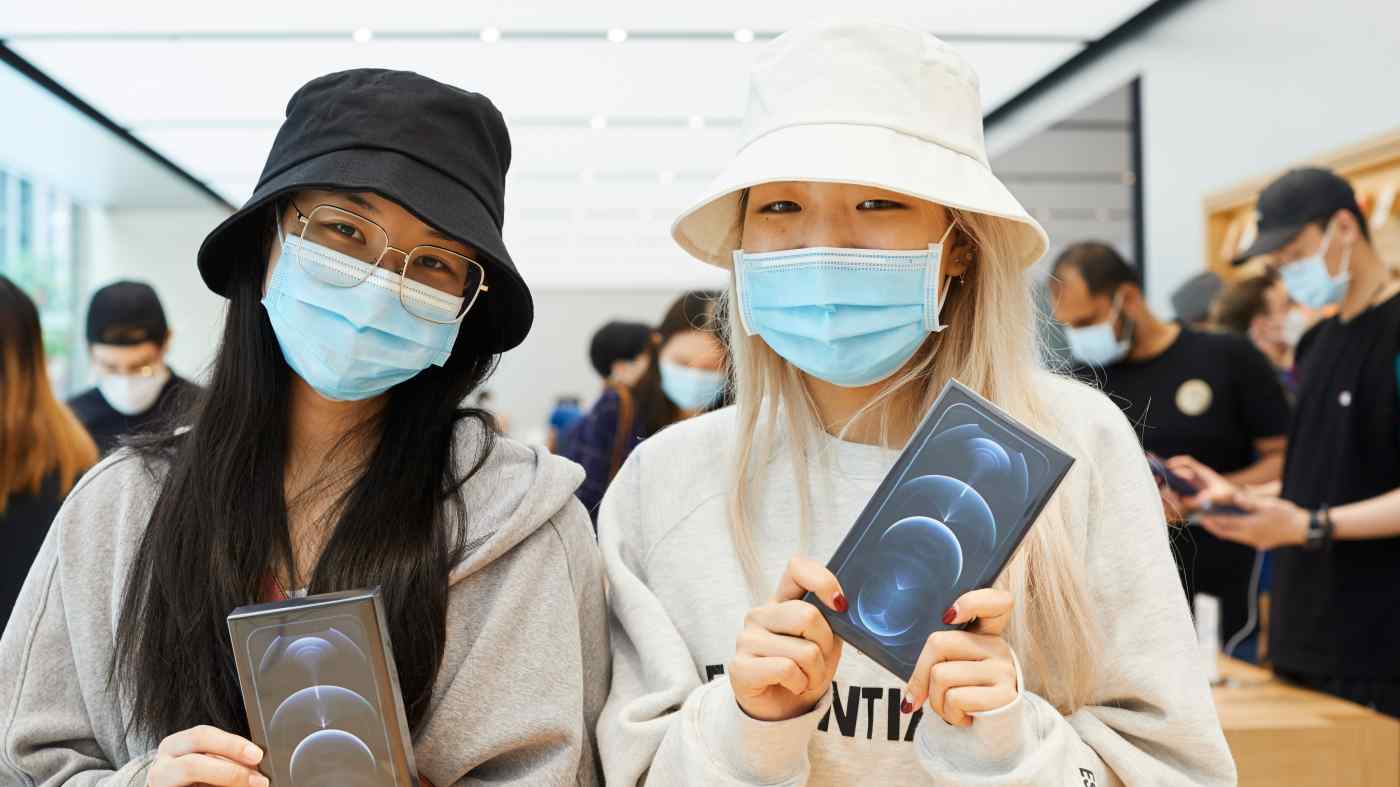 PALO ALTO, U.S. -- Apple reported its highest-ever June quarter revenue on Tuesday, driven by robust sales of its first 5G iPhones, especially in China. The U.S. tech giant warned, however, that ongoing supply constraints are expected to worsen in the September quarter, particularly for the iPhone and iPad.

For the three months ended June 26, Apple's total revenue grew 36.4% on the year to reach $81.4 billion. Greater China, which includes mainland China, Hong Kong and Taiwan, reported the highest revenue growth of all regions, with a 58.2% year-over-year jump to $14.8 billion in the quarter, up from the $9.3 billion last year.